Kahlenberg: School Segregation Is Too Important to Ignore. New York and Chicago Are Taking Steps to Integrate, and L.A. Should, Too 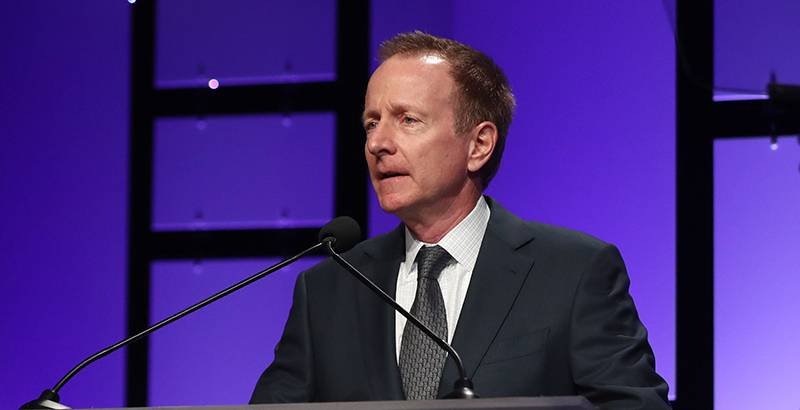 In the first Democratic presidential debate, the dispute between former vice president Joe Biden and Sen. Kamala Harris over school desegregation pivoted to California. On the defensive for his past opposition to mandatory busing, Biden noted that as California’s attorney general, Harris did nothing to desegregate the state’s schools.

The same could be said of most California school officials, including those in the Los Angeles Unified School District. Indeed, Superintendent Austin Beutner’s recent 15-page plan for improving schools makes no mention whatsoever of confronting the district’s high levels of racial and socioeconomic segregation.

Some believe school integration is irrelevant in districts like L.A. Unified, the nation’s second-largest, given the relatively few white and middle-class children who use the public school system.

But New York City and Chicago — the largest and third-largest school systems in the country, respectively — have in recent years taken important steps to integrate their schools. And a significant new proposal from L.A. school board member Kelly Gonez could help the district catch up. Her resolution calls for the superintendent to convene a research collaborative to make recommendations by June 2020 on how to reduce segregation through new school choice programs in Los Angeles.

School segregation is too important an issue to ignore. Fifty years of research suggest that integrating schools by race and economic status is among the most powerful interventions available for boosting achievement and social mobility. And in an era of deep national divisions, it is more important than ever that public schools be a force for social cohesion. Decades of scholarship demonstrate that students learn much better how to get along with classmates of different races, religions and economic backgrounds when they attend diverse schools.

In big cities like Los Angeles, it is not feasible to integrate all the schools in the near future, but as experience in New York and Chicago shows, important progress can begin with a substantial subset.

New York City has been engaged in its most robust discussion of school integration in 50 years. Mayor Bill de Blasio and Schools Chancellor Richard Carranza recently adopted an aggressive set of recommendations from an advisory committee (of which I am a part) to set racial and socioeconomic goals for school diversity. Although not all of New York City’s schools can be integrated overnight, nine of 32 community school districts — educating more than 300,000 students — have sufficient racial and socioeconomic diversity to make integration plans viable. Last year, referencing the Supreme Court’s decision in Brown v. Board of Education that outlawed school segregation, Carranza said: “We’ve been admiring this issue for 64 years! Let’s stop admiring and let’s start acting.”

Likewise, Chicago has for a decade sought to promote socioeconomic integration in an important subset of its schools — high-achieving selective enrollment campuses and nonselective magnet schools. I worked with local officials to create an admissions system that seeks to draw students from each of four socioeconomic tiers to ensure both economic and racial diversity. The Brookings Institution recently found that Chicago’s selective schools are far more diverse than comparable schools in other cities.

Los Angeles could employ similar plans — using public school choice, not compulsory busing — to create more integrated schools. A small number of diverse-by-design schools already exist in the city. Since 1977, magnet schools organized around particular themes have been seen as a vehicle for integration; today, 80,000 students attend 260 such schools. Likewise, Los Angeles has some notable diverse-by-design charter schools, such as City Language Immersion Charter and Larchmont Charter School, that bring children of different backgrounds together.

But integrated magnet and charter schools must become the rule, not the exception. Many Los Angeles magnets are not, in fact, magnetic: Fewer than one-quarter are considered desegregated, and many charters are segregated as well. These schools should be redesigned, based on surveys of parents in the community, to become more attractive to students from a wide variety of backgrounds. Desirable school offerings could pull in some families now sending their children to private schools. In Denver, for example, the share of students attending private schools declined from 13.2 percent to 7.9 percent between 2009 and 2018.

About 12 percent of L.A. Unified schools have a healthy socioeconomic mix (with between 30 percent and 70 percent of students coming from low-income families), according to California Department of Education data for the 2018-19 school year. I estimate that proportion could double in the near future with the right school choice offerings.

With school integration re-emerging on the national stage, and in other large cities, Los Angeles has a splendid opportunity to improve the lives of thousands of children by recognizing that it is time to move beyond separate and unequal to something much better.

Richard D. Kahlenberg is a senior fellow at The Century Foundation and the editor of “The Future of School Integration: Socioeconomic Diversity as an Education Reform Strategy.”

Richard D. Kahlenberg is a senior fellow at The Century Foundation and the editor of “The Future of School Integration: Socioeconomic Diversity as an Education Reform Strategy.”