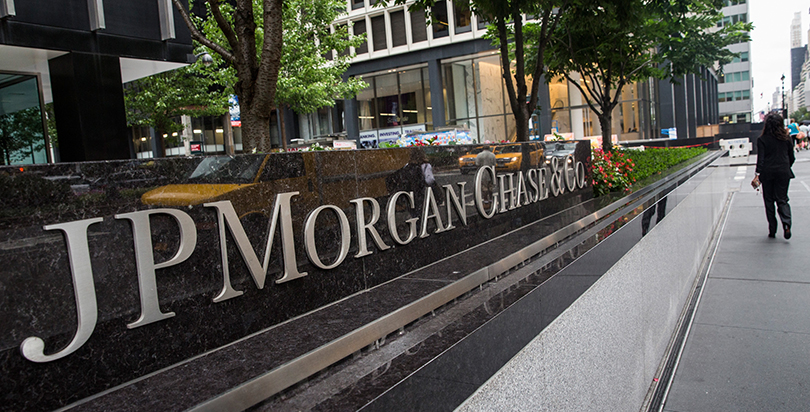 It’s been a rough 2016 for the business world. Over the past three weeks, crude oil prices have collapsed to a 12-year low, the Chinese markets have found themselves in free fall, and now American consumer spending has seemingly stalled, leading behemoths like Macy’s and Wal-Mart to shutter hundreds of stores. Last Friday alone, the Dow lost nearly 400 points.
The education sector, meanwhile, has seen a surprising surge in 2016 investments — including three major new philanthropic commitments that add up to an eye-popping $1.2 billion.
The most recent: This morning’s announcement by banking titan JPMorgan Chase that it is committing $75 million to career technical education programs, emphasizing training for middle-skill jobs in hopes of countering the global “youth unemployment crisis.”
The JPMorgan investment follows a similar $100 million commitment from Netflix founder Reed Hastings, who announced last week the unveiling of his philanthropic fund for education. The week prior, on Jan. 7, the Walton Family Foundation unveiled a new plan to spend $1 billion over five years to improve K-12 schools by “broadening access to high-quality educational choices.” (The foundation is also a funder of The Seventy Four)
Here’s what we know now about how these education funds will be spent:
JPMorgan Chase’s $75 million: At New York City’s Pathways in Technology Early College High School (P-Tech), students graduate in six years instead of four. But they also leave with more than their high school diploma. Along with instruction in traditional core subjects, students are also immersed in computer science and graduate with both a high school diploma and an associate’s degree.
Since its launch in 2011 through a partnership between IBM and the City University of New York, P-Tech has become a national example for career technical education programs. In 2013, President Obama singled out the school for his praise in his State of the Union Address.
The $75 million JPMorgan Chase investment aims to expand programs like P-Tech, which aid students in preparing for careers in middle-skills industries, such as computer technology, nursing, and advanced manufacturing.
“It is a crisis that only 60 percent of students in high-poverty urban school districts graduate from high school and that more than five million young people are out of work and school,” said Jamie Dimon, Chairman and CEO of JPMorgan Chase, in a news release that outlines the company’s plans to invest in career-focused education programs “so that more young people have a shot at real economic opportunity.”
Through a Partnership with the Council of Chief State School Officers and the National Association of State Directors of Career Technical Education Consortium, JPMorgan will launch a competition to incentivize states to expand their career education systems. In the spring, the state school officers council will review applicants and award $100,000 grants to up to 25 states for the planning and implementation of career readiness programs that align with the needs of local employers. Later in the fall, up to 15 states will receive up to an additional $2 million over three years for the implementation and assessment of their programs.
“While a four-year college degree is one pathway, there are many high-demand, skill-based jobs available for young people that earn a certificate or credentials, participate in an apprenticeship or receive a two-year associate’s degree,” the company said in its release. “But without the necessary postsecondary education or training, young people face dwindling job prospects and lower wages over their lifetimes.”
The Hastings Fund’s $100 million: With his latest venture in education, Netflix founder Reed Hastings announced on his Facebook page he has created a $100 million philanthropic arm — the Hastings Fund — for education, though the recipients of the money still remain somewhat elusive.
Established through the Silicon Valley Community Fund, the new venture will give money “in the best way possible for kids’ education,” Hastings said in his Facebook post. The first two gifts — totaling $1.5 million — will go to the United Negro College Fund and to the Hispanic Foundation of Silicon Valley.
This month’s announcement is just Hastings’ latest venture in education philanthropy. A former president of the California State Board of Education, he has pumped millions into charter schools and education software. Neerav Kingsland, who will serve as CEO of the fund, is a senior education fellow at the Laura and John Arnold Foundation and former CEO of New Schools for New Orleans. (He’s also written on occasion for The Seventy Four)
The Walton Family Foundation’s $1 billion: Over the last 20 years, The Walton Family Foundation has committed more than $1 billion to education initiatives — specifically investing more than $385 in charter schools. Earlier this month, the foundation announced ambitious plans to double down on their education investments over the next five years, committing an additional $1 billion to back new charter schools and boost programs already off the ground. Some of the funding will also go toward furthering research on the effects charter schools have on student outcomes.
Submit a Letter to the Editor
January 19, 2016