John King’s Common Core Education: What Getting Schooled in NY Will Mean for His Tenure as Ed Sec 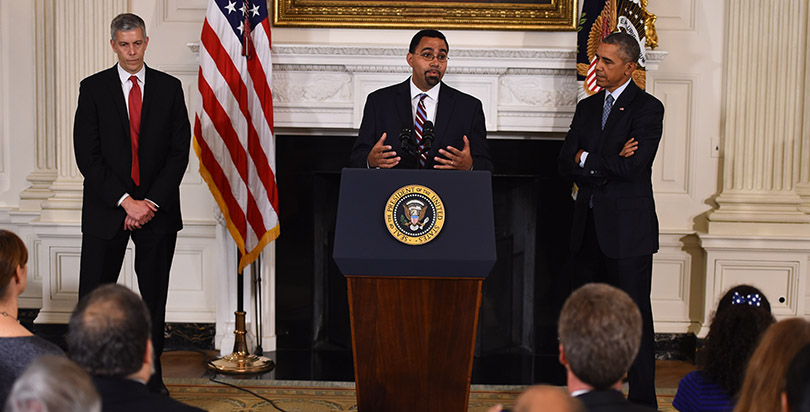 1. Many media outlets incorrectly reported that test scores had “fallen.” This was not accurate. As the tests were different, it’s not appropriate to say the scores had dropped — different tests can’t be compared like that. What we can say is that the new tests had labeled fewer students proficient. (Return to story)