Since the onset of the coronavirus pandemic, the United States has measured its impact in terms of the many thousands lives lost, the number of hospital beds in use, the millions of jobs that have vanished or businesses that have closed.

What we have only just begun to quantify is the colossal toll that the crisis is exacting on our nation’s 74 million children, particularly the most vulnerable.

I am joining The 74 as its new Publisher and Chief Strategy Officer at a transformative and disruptive moment in education that threatens the success of a generation.

It is also a transformative and disruptive moment in the business of news, which has been my life’s work, but more on that later.

The 74 was launched more than five years ago with a simple but stark premise: produce a clear-headed, fact-driven publication about what’s working in America’s schools and what isn’t, especially for its most disadvantaged students. And to be beholden to no ideology in producing that reporting.

Never could that mission be more critical than it is now. Which is why I have decided to join The 74 and devote my energy and experience to helping the organization increase its impact and broaden its journalistic scope at such a critical moment in American education, when storytelling matters more than ever.

In the weeks ahead, I’ll be working with Steve Snyder, our Editor-in-Chief, and The 74’s national network of award-winning journalists to assess what has made The 74 so successful and also what has held us back from achieving our wildest dreams and making our biggest impact. We will expand our reporting to spotlight the unprecedented challenges now facing the education system, deepen our focus on the topics readers care most about today and in the future, and launch efforts to reach new audiences and sharpen our influence.

In short, my goal is to build on the incredible foundation set over the last five years by ensuring The 74 can do more innovative, impactful, and sustainable journalism. My focus will be on strategic partnerships, revenue generation strategies and special projects, all in service of those goals.

As sobering as these times are, taking the reins at The 74 is an energizing opportunity for me. My path to The 74 has made many turns through print, digital and broadcast journalism and just as many turns through different business models. I’ve seen the power that fact-based, non-partisan journalism can exert on institutions to address shortcomings and injustices, and I’ve seen how fair, hard-hitting reporting can lead to a smarter public, better informed about the decisions they need to make.

And while the majority of my career was spent at The New York Times, the very definition of legacy media, the years that I spent leading the newsrooms of two start-ups, Mashable and Cheddar, have shown me the power that scrappy teams of energetic journalists can exert. Among the joys of working in those environments was the opportunity to experiment with storytelling innovations and to take advantage of new digital and social platforms. I hope to help foster a similar spirit of experimentation and aggressive innovation at The 74.

I’ve also seen the struggle that many publications have faced in the past 20 years as waves of disruption have undermined what were once rock-solid business models. Among the things that attracted me to The 74 was its pioneering work in non-profit journalism.

And I’m excited now to join the ranks of non-profit news leaders who are reinventing the business model of news for the future.

We are now only three weeks away from perhaps the most consequential presidential election in our lifetime. With the nation facing a dire threat to public health and with the economy in the throes of recession, the education crisis has been barely mentioned in the campaign.

This makes the work of The 74 even more essential; we can’t stand by and watch another generation of young children miss out on the opportunities that high-quality, life-changing education can bring. I’m proud to be part of the mission. 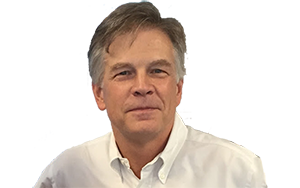 Jim Roberts is The 74’s publisher and chief strategic officer.