Jeffries: What School Choice Means for Democrats in the Age of Trump 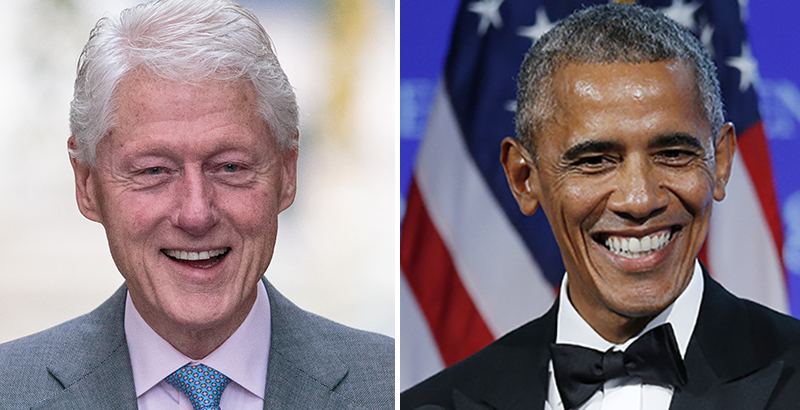 This is National School Choice Week, wherein education reform advocates aim to raise public awareness and support for many different K-12 school options. But “school choice” means different things to different people — so it’s also an opportunity to examine what this broad term means in the context of the past year in politics, especially if you’re a Democrat.

With President Donald Trump and U.S. Secretary of Education Betsy DeVos driving the public dialogue toward their far-right, for-profit privatization agenda, an alien from another planet could be forgiven for landing here and assuming that “school choice” is the priority of only the Republican Party — or that Democrats are in retreat when it comes to expanding options for improved public education for all students.

That would be a nearsighted and incorrect view. As distinct from for-profit private schools with a flimsy track record of success, it was national progressive leaders from labor and civil rights who laid the foundation for public charter schools. These equity-focused leaders include Al Shanker, former president of the American Federation of Teachers; the past two Democratic presidents, Bill Clinton and Barack Obama; the late liberal icon Minnesota Sen. Paul Wellstone; and former Vermont governor and head of the Democratic National Committee Howard Dean. Minnesota Democratic state Sen. Ember Reichgott Junge authored the nation’s first charter school law, and big-city mayors like Cory Booker, Antonio Villaraigosa, Adrian Fenty, Mitch Landrieu, and the late Tom Menino succeeded in creating some of the most vibrant and high-performing charter sectors in the country.

Meanwhile, red states like Alabama, Kansas, Kentucky, Mississippi, Montana, Nebraska, North Dakota, and Wyoming are disproportionately represented among those that have 1 percent or fewer of their students in public charter schools. In many ways, what is most remarkable about the politics of charters isn’t that so few Democrats support them, but the converse — that despite having no organized resistance to charters within their party, so many Republicans have failed to advance them in the states they control.

The progressive case for public charter schools with accountability is truly about equalizing education opportunities and giving every child — regardless of race or ZIP code or immigration status — access to a high-quality public education. Serving traditionally underserved students is a fundamental part of the mission of many public charters, and by law all public charter schools must have a fair and open admissions process, conducting outreach and recruitment to all segments of the communities they serve. The positive impact is clear — independent researchers at Stanford University found that across public charter schools in urban regions, black students in poverty receive the equivalent of 59 days of additional learning in math and 44 days of additional learning in reading compared with their peers with similar demographics in traditional public schools.

Despite the history of Democratic leadership in advancing improved access to high-quality education, in too many communities Democratic charter supporters face uphill political battles with too few resources against a heavily entrenched anti-charter opposition. Progressive public charter advocates must collaborate more effectively and strategically to protect the progress we’ve made and, more important, build upon it.

We progressives have a long, proud legacy of fighting for equal educational opportunities for all children, and empowering low-income families with the option to choose the best public school for their individual child has been an essential element of that legacy for decades. Because of what pro-charter progressives started, public charter schools today are providing students with a high-quality public school option previously unavailable to them. Parents need more, not fewer, of those kinds of choices.

Shavar Jeffries is the president of Democrats for Education Reform.