Inside the South’s First LGBTQ School Where Students Are Safe, Free and Powerful

Atlanta, Georgia
Christian Zsilavetz stood in front of the classroom reading the school’s handwritten guidelines from a spiral notebook to his eight students, ages 8 to 17.

Reviewing the guidelines was one of eight items on the agenda that day. The first guideline, unsurprisingly, was “No bullying.” Then there was “Respect one another.” Third, “Use correct names and pronouns.”

So began the second week of the tiny private school’s educational experiment, founded on the premise of accepting students for who they are and guided by the principles of power-sharing and student-driven decision-making that gained traction during the counterculture free schools movement of the 1960s and ’70s.
The school hopes to turn around the alarming indicators for LGBTQ youth that have become more documented as the population becomes more visible, while providing a learning environment for these and other students that allows them to succeed.
At the same time, Zsilavetz points out that his school is casting a wide net, hoping to attract “gender-diverse or otherwise LGBT-identified students; students who come from LGBT families, regardless of how they identify; and families who just want a great place to go to school — where they’ll be accepted.”
Obstacles include not only the impacts of bullying and other challenges the school’s students faced in their previous schools but also the pushback from society at large, particularly in the Bible Belt. Georgia is one of 12 states to join Texas in a challenge to federal guidelines allowing public school students to use the restroom of their choice, and neighboring North Carolina is home to HB2, the controversial law that restricts use of public school and government restrooms and impedes local governments from passing anti-discrimination measures based on gender and sexual orientation.
The Pride school is one of only three such experiments nationwide, together with  New York’s Harvey Milk High School and Milwaukee’s The Alliance School, both of which are public schools.
The dire situation facing lesbian, gay and bisexual students was demonstrated by the recently released Centers for Disease Control survey of 15,600 high school students that included questions for the first time about sexual-orientation identities. The survey, which did not ask students about being transgender, showed that about 1 in 12 students identified themselves as lesbian, gay or bisexual, and that these students were at greater risk than others. 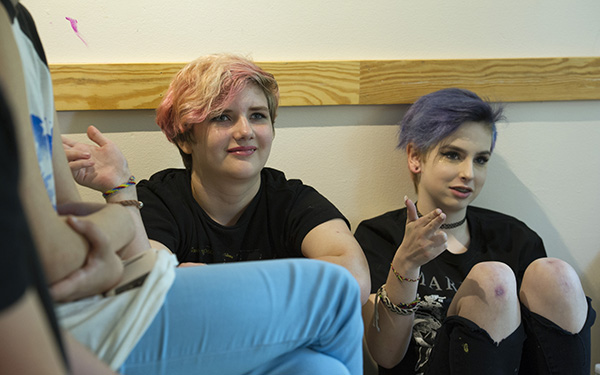