Inside the New TNTP Research: Is Teacher Training Just An Expensive Waste of Time? 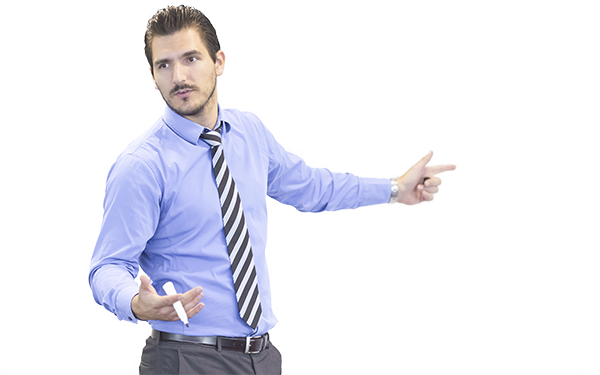 Teacher professional development and the policies behind it are not much more than a costly mirage, says a provocative new report from the education nonprofit TNTP.
The report, appropriately entitled “The Mirage”, comes from the nonprofit well-known in education spheres for its influential research, most prominently “The Widget Effect,” which concluded that many districts were not differentiating between good and bad teaching.
The latest examines three public school districts and one network of charter schools, all unnamed. The TNTP researchers estimate that the traditional districts spend on average $18,000 per year per teacher on development, which includes paying teachers more for getting  their master’s degree and time spent providing school-based trainings. The charter network spent significantly more — approximately $33,000 per teacher.
The return on this hefty investment, according to the paper, is feeble: In the studied districts, a minority of teachers made substantial improvement each year as measured by their districts’ evaluation systems. TNTP couldn’t find any pattern of what forms of professional development were successful. The study, which looked at the 2010-11 to 2013-14 school years, was released this morning.
“Most of what we're doing is not actually that helpful in producing improvement in teacher practice and, ultimately, student outcomes,” Dan Weisberg, CEO of TNTP,  told The Seventy Four.
But TNTP doesn’t throw up its hands and declare that all is lost. Instead, the paper concludes with a series of recommendations. Some are more symbolic, like having districts more clearly define what “development” means for their teachers. Others are more specific, such as tying pay and dismissal to teacher improvement.
But there are problems with the report’s approach. Some of them are boringly wonky or even predictable — TNTP only looks at three districts and the teacher surveys are voluntary, which means they are likely biased to some degree.
There are also more fundamental issues.
The biggest problem is judging the success of professional development based on how well  teachers improve on their district’s evaluation system. Most districts’ evaluations are new and there’s little evidence regarding how good they are. One part of a teacher’s rating is based on how much the teacher impacts students’ test scores. Those scores are done on a bell curve in a way that could hide whether there are across-the-board improvements.
Concerns about these specific methods aside, outside research confirms that TNTP is broadly right — there’s limited knowledge about what consistently works for teacher development.
Matthew Kraft, an assistant professor of education at Brown University who hasn’t reviewed TNTP’s paper, agreed with one of its central findings. “The research to date on professional development has largely been unable to find that programs, when taken to scale, substantially improve teacher effectiveness," he said in an interview.
Similarly, Tom Loveless, of Brookings Institution reviewed the literature on professional development and concluded, “Teachers who seek to improve their own practice are primarily guided by common sense, intuition, word of mouth, personal experience, ideologically laden ideas about progressive or traditional instruction, the guidance of mentors, and folk wisdom — not a body of knowledge and practice that has been rigorously tested for its efficacy.”
Perhaps even more shocking is the consistent research finding that attaining a master’s degree does not, in most cases, help teachers improve. There’s also a large body of evidence that teachers who go through alternative certification programs, such as the Teaching Fellows program (which is run by TNTP), involving  just several weeks’ training, perform about as well or better than those who come from traditional multi-year-long trainings.
So where does that leave us?
A couple of TNTP’s recommendations are particularly good.
Here are some other recommendations that could be added to the mix.
TNTP’s report makes a useful contribution that should spur policymakers to re-examine how districts across the country handle professional development. Teachers deserve training that helps them get better, rather than wastes their time and the public’s money.
Submit a Letter to the Editor
August 4, 2015