Inside ‘Lady Bird’: Greta Gerwig Says She Wanted to Write a Different Kind of Love Letter to Catholic School — and It Might Just Win Her an Oscar 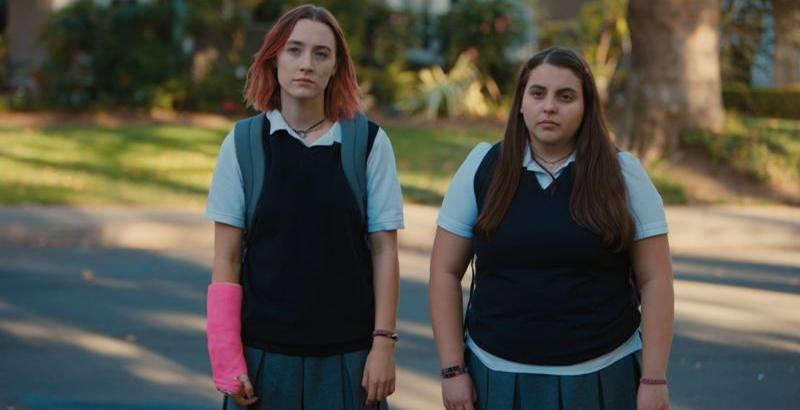 Leading up to the 90th Academy Awards, The 74 shares three education films that have been nominated for Oscars.

It’s easy for filmmakers to make fun of Catholic school. That’s why writer and director Greta Gerwig decided to do something very different.

Gerwig has said that her film Lady Bird may be the only cinematic love letter to Catholic education. It’s the story about a year in the life of high school senior Christine (Lady Bird) McPherson, documenting her triumphs and travails as she goes to class, applies to college, and fights and makes up with the people she loves.

The film has already received a slew of awards, including several Oscar nominations for writing, acting, directing, and best picture.

“Why do you think a movie about a 17-year-old pink-haired girl in a Catholic school in Sacramento is resonating with so many people?” Stephen Colbert asked Lady Bird’s lead actress, Saoirse Ronan.

“You’re watching this person figure themselves out,” Ronan responded. “It’s human. It’s genderless, in a way.” 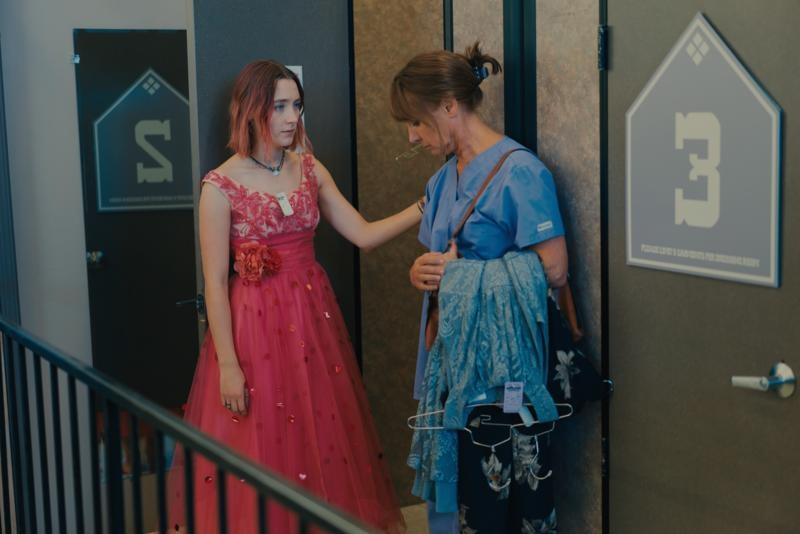 Lady Bird (Saoirse Ronan) and her mother (Laurie Metcalf) in a scene from Lady Bird (Photo credit: Merie Wallace, courtesy of A24)

Gerwig is not Catholic, but she attended St. Francis Catholic high school in Sacramento, California, which served as the inspiration for Lady Bird’s all-girls school, Immaculate Heart (nicknamed by students Immaculate Fart).

Gerwig said she loved her Catholic school experience, especially the teachers, both religious and lay people, who showed such care for their students. “There were priests and nuns who were just compassionate and funny and empathetic and thoughtful, and they really engaged with the students as people, not figureheads,” Gerwig said in an interview with Religion News Service.

This inspiration is evident in the film, particularly in exchanges with principal Sister Sarah Joan, who notices Lady Bird’s need for identity and attention in a way other characters don’t. (“You can’t do anything unless you’re the center of attention, can you?” Lady Bird’s best friend, Julie, yells at her during one heated fight after school.) 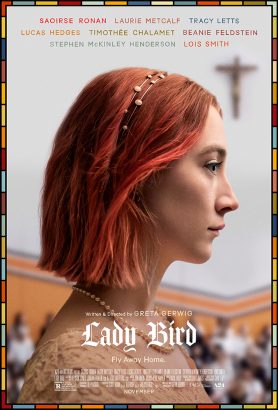 Sister Sarah Joan sits Lady Bird down in her office after reading her college essay, complimenting her on the careful, loving way she’s written about her hometown.

“Sure, I guess I pay attention,” says Lady Bird, who has spent much of the film talking about how eager she is to escape Sacramento for a more “cultured” place on the East Coast.

“Don’t you think maybe they are the same thing, love and attention?” Sister Sarah Joan asks.

While a love letter, the film offers subtle critiques of Catholic school. Dialogue around the LGBT community was stifled in the Catholic community in 2002, the year in which the movie is set. In one scene, Lady Bird finds herself holding her former boyfriend, Danny, as he sobs, begging her not to tell anyone he’s gay. Gerwig said she doesn’t remember anyone who was openly gay in her school. “You couldn’t be. You would be beaten up, or worse,” she said. “Thank God that’s changed.”

Another central tension in the film is the struggle for female identity in a patriarchal church. A montage of a back-to-school Mass kicks off the movie, coupled with a voice-over from a priest reciting the Sign of the Cross, “In the name of the Father, and of the Son, and of the Holy Spirit.”

“As a teenage girl, you think: ‘Well, where am I in those people? I’m not a father, son, or holy spirit.’ I guess you could strive to be the Virgin Mary, but that seems to be off to the side, not the main event, somehow. It’s a feeling of ‘Where do I fit in this patriarchal structure?’ ” Gerwig said in the film’s production notes. “Lady Bird is running into this problem and railing against it.”

Lady Bird tries on several identities throughout the film: changing her name, dyeing her hair, taking up acting, ditching her best friend for the popular girl in school, returning to her best friend in an epic prom-night reunion, writing her boyfriends’ names on her wall, painting over those names, going off to college, denying that she’s from Sacramento, and then calling her parents when a church choir reminds her how much she misses home.

“Senior year burns brightly and is also disappearing as quickly as it emerges,” Gerwig said. “There is a certain vividness in worlds that are coming to an end. … This is true for both parents and children. It is something beautiful that you never appreciated and ends just as you come to understand it.”