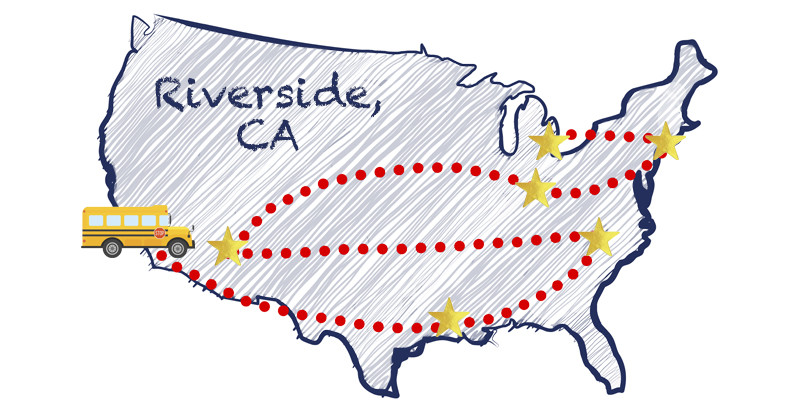 This is the second piece in a new travel blog series on The 74, in which the Knowledge Matters Campaign, part of StandardsWork, will take us on an adventure through classrooms across the country. Sign up for The 74’s newsletter to learn about new installments, and see the full developing series here.

I’ve signed in at many front offices in my 30-plus years of visiting schools, but never one where the school secretary had to (politely) ask me to hold on a second while a child finished reading her a story. Nothing was more important at that moment, to that member of the dedicated Bryant School of Arts & Innovation team in Riverside, California, than to give this little girl her undivided attention as she displayed her newfound knowledge.

While not by design, it was perhaps appropriate that the first stop on our Knowledge Matters School Tour was at a relatively mature Core Knowledge school. The Core Knowledge Language Arts program is the most established, most tested of the knowledge-building English language arts curricula in use today. Taught in thousands of district and charter schools around the country, CKLA — as it’s more commonly called — is both a curriculum program and a cause. 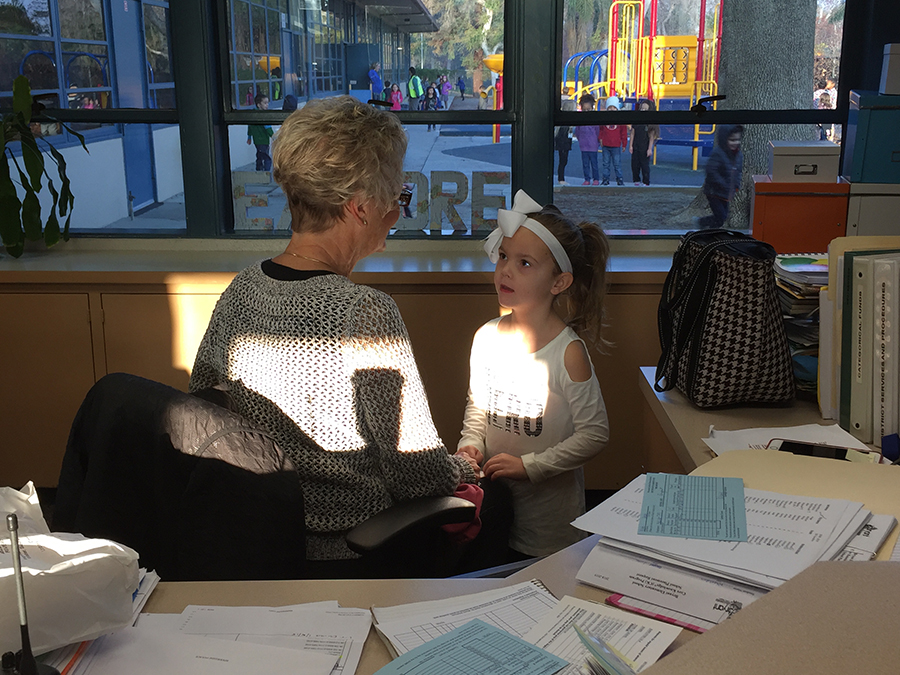 Bryant’s adoption of the Core Knowledge philosophy — and this radically new way of schooling — began back in 2010, when Riverside Unified School District became a California District of Choice. Lari Nelson was asked to leave her high-performing school down the road and start a Core Knowledge school. She researched the basics of the program, visited some schools in neighboring Arizona — and came back fired up by what she saw.

Prior to implementing Core Knowledge, Bryant Elementary ranked 27th out of 29 elementary schools in the district academically; today it is seventh. 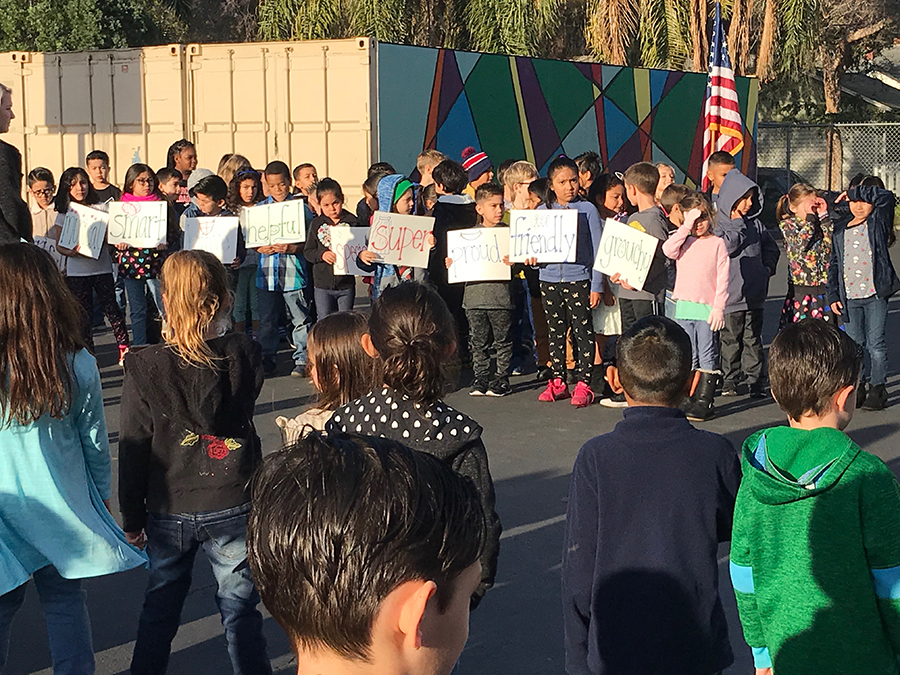 Bryant first-graders at “Friday Flag” promoting their core virtues, the most important of which is “be kind”. (Photo credit: Knowledge Matters Campaign)

Bryant is located in a downtown, working-class neighborhood; 78 percent of its students live in poverty. Largely Latino, some 23 percent are English learners. And from our observations, 100 percent are engaged, joyful learners.

A tour through Bryant’s classrooms is a celebration of knowledge. From the terra-cotta warriors on the shelves to the maps of the world, stories about ocean zones, and African masks, these students and staff are proud of what they do and learn every day — and chose to show it. I was able to gain knowledge just by looking around the room. 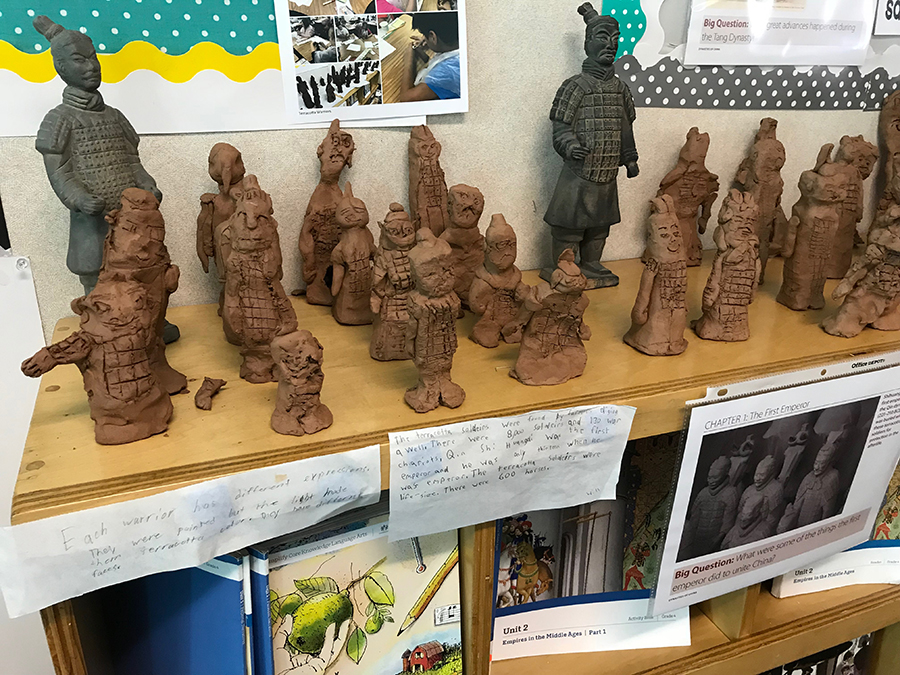 Of course, there was much learning happening inside the classrooms, with students exploring questions like: 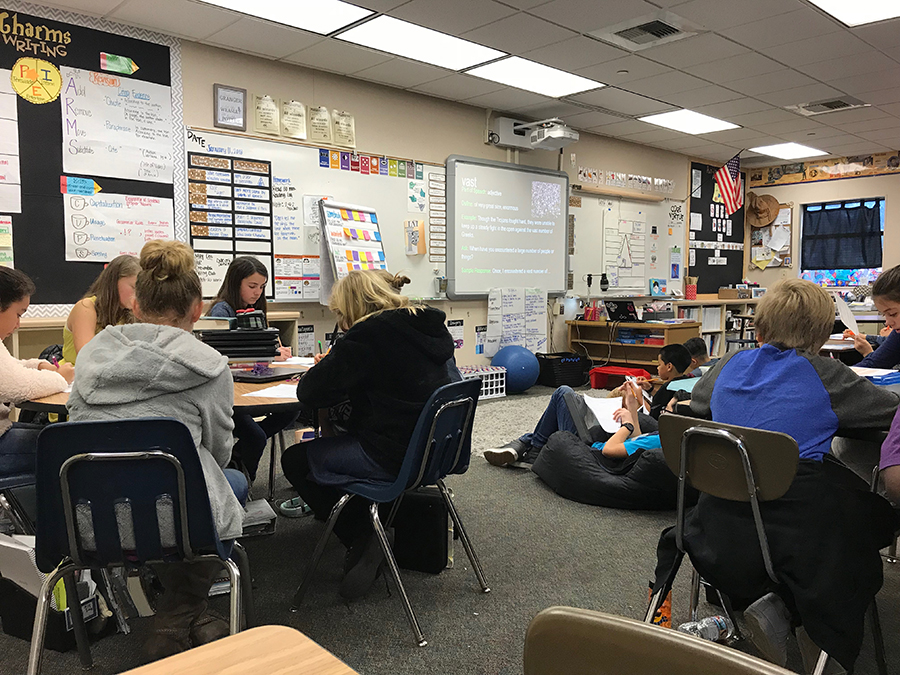 Aside from the rich content these students are exposed to, the seamless way in which ELA skills are integrated into the lessons, and the tight pedagogical practice of the teaching, perhaps the most noticeable — and exciting — thing about spending two days at Bryant School of Arts & Innovation was the generally confident demeanor of the students. It wasn’t unusual for students to confess, “This confuses me,” or “I have a question about that.” This is growth mindset on full display. 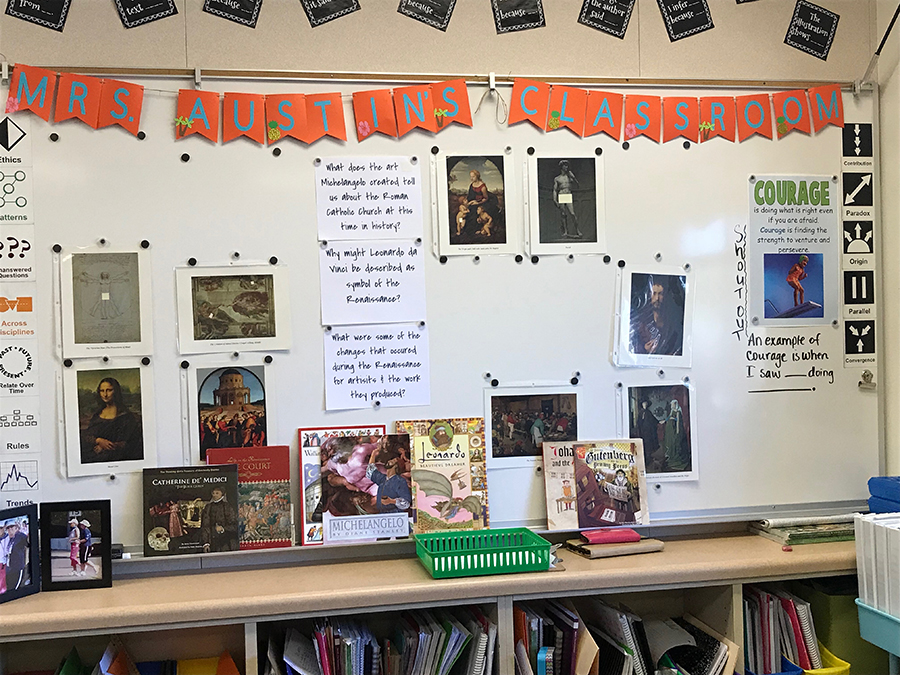 Maddie, a sixth-grader, spoke for most of the students when she said, “We learn complicated things, but somehow we still get it because our teachers are amazing.”

Teachers at Bryant log many out-of-school hours learning the content, which they say they have to do in order to keep up with their students. But they don’t seem to mind.

“Core Knowledge brought the joy back to teaching for me,” fifth-grade teacher Cortney Austin said.