In Classcraft’s Virtual World, Kids Learn Through Gaming — and Look Forward to Coming to School 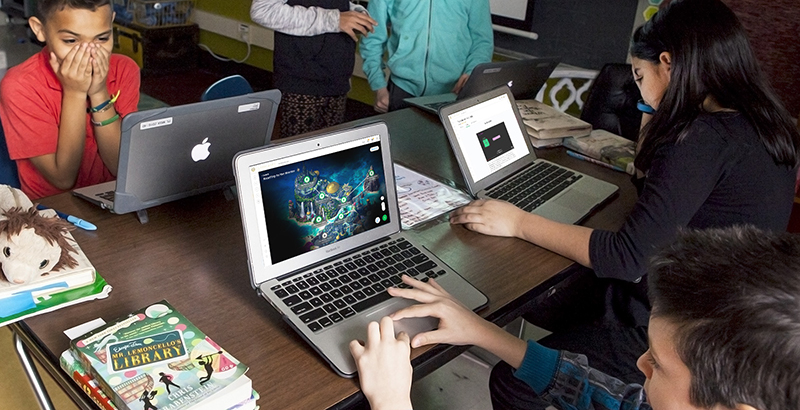 Classcraft aims to merge the entire classroom experience into a game, giving teachers a way to offer incentives for a variety of tasks and behaviors. Think of taking a fantasy world from a student’s favorite video game. Then, let the teacher devise tasks needed to advance to the next level. Maybe kids need to earn points by participating in the class discussion or by completing the latest math assignment. Maybe they can advance to the next level by working with classmates to complete a project, or simply by exhibiting positive behavior.

Maybe it can make them actually want to come to school.

Students can create a personalized experience by overlaying lesson plans atop a Classcraft fantasy world map. They choose characters, dress them up as they please, and then move them through the map over the course of the year. To advance, students must earn points by progressing through quests; they can also unlock real-life rewards chosen by the teacher, anything from an exam question hint to a classroom snack.

“Classcraft takes their lesson plan, with structure and sequence, and uses points to advance students in an adventure,” says Devin. “Our ingredients add a layer of narrative atop the lesson plan. You have arrived in this town, for example, and this thing has happened and here is a multiplication exercise. Once you complete that, you get out of town and climb the mountain. It engages the students, and the adventure starts changing based on competency.” 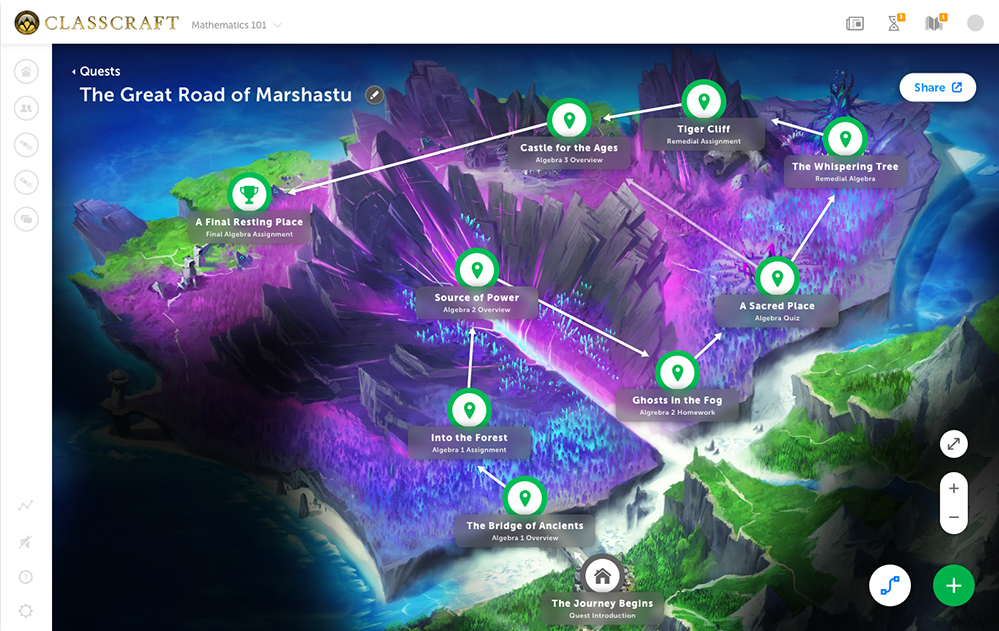 Classcraft also aims to serve as a classroom management tool, allowing teachers to work with their own content and opening up integration with Google Classroom. A teacher, for example, can leave the program running during instructional time, doling out points to students who engage in the discussion or stay on task, and students can log on to the platform to complete their lessons.

Eventually, all students will reach the end of the Classcraft map — but how they get there depends on their learning progress. Children who demonstrate mastery can move ahead quickly, while those who need more time with a concept can receive extra support through additional or different quest objectives. “It is the same lesson plan, but everything is integrated into the larger vision of making it into a game,” Shawn says.

“Instead of saying, ‘You suck at math,’ now you have to do a bit more work to get into a castle,” Devin adds. “For students, it is a lot more motivating as the story unfolds.”

“The Quests management system in Classcraft makes it easy to create multiple quest lines, thus providing choice in learning pathways for my students,” says Steve Isaacs, a technology teacher at William Annin Middle School in Basking Ridge, New Jersey. “My students are deeply engaged, and I’m loving the elegant design as it provides for an intuitive workflow.”

The brothers, who designed the platform because the time they spent gaming as youngsters helped them bond with their dad, say it thrives on flexibility. For classrooms with 1:1 student tech, students can use Classcraft to do lessons. Maybe Classcraft is just for homework. Or teachers can use it simply as a behavioral motivator and leave lessons out of it.

While individual teachers can use the fantasy maps, entire schools can work together, so each student’s individual character earns points across multiple classrooms and behaviors, and from many sources, even including hall monitors and bus drivers.

Along the way, the Youngs built in collaboration. Each character is placed into a group and, while the in-game progression comes largely from individual actions, a component exists where groups of students must complete tasks or earn points for them all to advance.

This became important for technology teacher Arcadia Parson at Corporate Landing Middle School in Virginia Beach, Virginia, where students were missing class for in-school suspension. One student’s team “was selected to get a major bonus, and because he was absent, he wasn’t eligible,” Parson says. “Getting that would have put him into the next level. He came to me and begged and pleaded, and I told him that he had to stop getting in trouble so he wouldn’t miss any more class. His absences drastically improved and by the end, he was missing almost no class at all.”

Parson says the extra points awarded to students for showing up on time has also proved a benefit. “I went from having three to five tardies per class period last year to maybe one or two a day this year,” she says, “and I credit Classcraft with a lot of that.”

“The students are incentivized to support each other,” Devin says. “It becomes cool to give help.”

By tying real-world consequences—both positive and negative, based on teacher choice—with game points, Devin says it takes the what students understand in the game and helps them apply it to the real world. “Applying real life,” he says, “is where the game gets interesting.”