This essay originally appeared at ColbyEchoNews.com
Throughout the past three years as a student Colby College, I’ve wavered in my deliberations about Teach For America (TFA) – the non-profit organization that recruits college graduates who have demonstrated leadership, academic excellence and cultural understanding to teach in underserved communities across the nation. In recent years, TFA’s model has been subject to many sweeping, inferential criticisms, particularly on elite college campuses and by neo-progressive academia – often without nuanced consideration of the program’s impact, or of how individuals can leverage its platform to fight for educational equity. Honestly, I was hesitant to apply – until I pushed myself to look past the rhetoric, and consider my own privilege and my capacity to make a difference. After sifting through the static, my convictions are stronger than ever.
The controversy around Teach for America is largely that its two-year model creates churn in underprivileged schools. The revolving door into low-income classrooms, which undeniably exists, sends a message to students – that they, and the communities they live in, are a last choice, a hardship assignment, tolerable for only a few years. And that really sucks. It is, in my view, a failing on the part of this country to live up to the promises of our democracy.
However, TFA cannot be unilaterally blamed for the lack of teacher retention in underserved communities. A major trend in the transformation of the teaching force over the past 25 years is that the profession has become increasingly less stable; across all districts, teachers are transferring more between schools and leaving the field altogether at higher rates. And unfortunately, but not surprisingly, high-poverty, high-minority, urban and rural public schools have the highest rates of turnover.
TFA may not be making that abysmal rate of teacher turnover in low-income communities better – but it isn’t the driving force behind it. If TFA didn’t exist, this pattern would, by all accounts, persist to the same degree. TFA is not detrimental to the schools it serves, but it also is certainly not the long-term answer. And it has not advertised itself as a permanent solution to educational inequity. Dismantling the institutional injustices that pervade the American education system will require far more than even the most passionate first-year teachers.
But take a look around – nothing is changing at a structural level. There is no movement to reevaluate the Supreme Court decision San Antonio Independent School District v. Rodriguez (1973), which ruled that funding public schools based on community property taxes was not a violation of the equal protection clause. During the ongoing reauthorization of the Elementary and Secondary Education Act, amendments aimed at holding schools accountable to standards of achievement for disadvantaged students failed in both chambers of Congress. The education policy debate rages on, and meanwhile, every year, only 59% of African American boys graduate from public high schools.
Also meanwhile, every individual who believes in the boundless potential of all children, and is willing to do everything possible to be successful in the classroom, can work through TFA to begin their fight for social justice.
So I propose to raise the bar for discourse at colleges like my own. I challenge all of us to look beyond easy, privileged dismissals of organizations like Teach for America. We need to ask the questions that matter right now, about access and opportunity and our own ability to have an impact. We cannot afford to stand by and wait for the perfect platform for education reform to present itself – not when the futures of millions of children are at stake.
It is up to the individuals who apply to the Corps to take on the responsibility of their role as an educator, whether that career lasts two years or two decades, by focusing on what will be best for the students and communities they serve. That process does not begin in their first day in the classroom, after a summer of training – it begins now. By educating yourself about what it means to teach in content areas that are chronically understaffed, which exist in every district TFA serves, and committing to fill unmet needs. By embracing the importance of culturally responsive teaching. By shadowing master teachers. By doing these things, individuals who serve through TFA can indeed deliver justice in their classrooms.
In a perfect world, TFA would not exist. There would be no need to rally new teachers to the most at-risk classrooms, because a system would be in place to incentivize the best proven educators to serve and be supported in those spaces.
But because that day has yet to come, I will join Teach for America in Washington, D.C. in the Fall of 2016, not anticipating that I will be perfect, but knowing that I will have done everything in my power to prepare myself for the privilege of working with that city’s youth. I invite anyone who feels that they can make this commitment to join me – so that one day, we can close down Teach for America, because the quality of a child’s school will no longer be determined by their zip code or the color of their skin.

Dylan Alles is an undergraduate student at Colby College in Waterville, ME, pursuing a B.A. in Government with minors in Education and Economics. She is currently writing an honors thesis on the relationship between charter schools and traditional public schools in Washington, D.C., serves as chapter president of Students For Education Reform at Colby, and is a captain of the women's varsity cross country team. Following her graduation in May 2016, she will be teaching elementary school in Washington, D.C., as a Teach for America corps member. 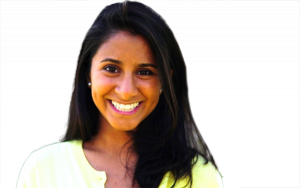