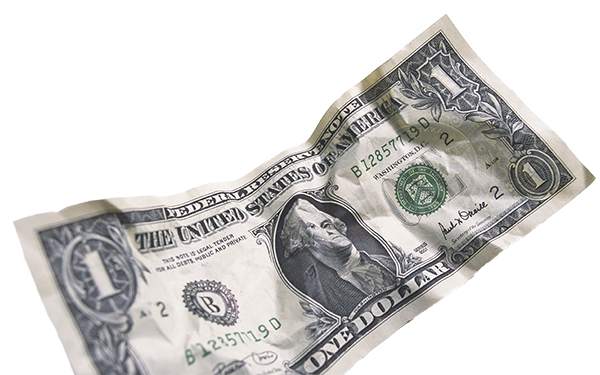 If our schools can’t overcome the effects of poverty, how much money should we spend on education?
This is not a rhetorical question. A large swath of school reform opponents have made the case that we expect too much from our schools. Their argument is fairly straightforward: family income levels are highly predictive of educational outcomes. Therefore, it is unfair to hold schools and teachers accountable for student achievement results that are, largely, determined by out-of-school factors.
The argument has considerable resonance with left-leaning progressives. It has the backing of data (income is — in the aggregate — predictive of achievement levels). It appeals to those who believe we are scapegoating schools and teachers for broader societal woes. And it reinforces the call for a better social safety net and for investments in broader services for the poor.
But the argument creates a giant and yet largely undiscussed logical fallacy: The same folks who tell us that schools cannot be accountable for results also want us to spend more and more money on schools.
Compounding the fallacy: The money that we are spending on schools is the very money that we would need to spend in order to grow the social safety net.
In short, a large swath of education advocacy is stuck in a trap: Schools can’t overcome poverty. Therefore schools can’t be held accountable for results. But we should give schools more money anyway. And — hey, where is the money for other anti-poverty programs?
Here’s where things get interesting in our modern debate. The United States spends more money on K-12 education than most other industrialized nations and you can actually make the case that kids are now learning more. National assessment results have gone up slowly, but the gains — particularly for African American kids — have been real and have changed millions of lives for the better. Graduation rates are up. American students are getting a better education today than they got 20 years ago.
You would think that teachers unions and others pushing for higher spending would talk about this. You would think they would say, “Hey, you asked a lot of us, and we delivered. Now pay us more money!”
Instead, we see the opposite. The unions, and their anti-reform allies like Diane Ravitch, make the case that not only are things not getting better — they can’t get better. Schools cannot be the driver of results when socioeconomic factors are the true key. This in turn leads them to attack school-based changes that result in stronger achievement, as such a causal link is anathema to the poverty-is-the-driver point.
Weird case in point: After Tennessee made historic gains on the National Assessment of Educational Progress in 2013, I expected the union to say, “That’s right — our teachers drove those gains. Now pay us!” Instead, bizarrely, the union claimed that the force behind the test gains was a 90-second motivational video featuring the Tennessee Titans’ backup quarterback and the state’s First Lady. I am not making this up, as incredible as it seems. Acknowledging that actual school-based activities drove student achievement was a bridge too far for the union. After all, once we acknowledge the potential of schools to drive growth, we start to ask uncomfortable questions.
The case for spending more money on schools is a lot less enticing if schools can’t improve outcomes for kids. If schools are just a well-greased way station standing between a parent’s educational attainment and a child’s, they should at least be a more efficient way station.
And here is the reality in state budgets. K-12 education is the number one expenditure, and all education (K-12 and higher ed) consumes around 40 percent of state dollars – more than twice as much as the next biggest expenditure, Medicaid. Expenditures for public assistance are just 2 percent.
In short, in the absence of major tax increases, it is impossible at the state level to both spend more and more on schools and to significantly increase the spending on other social welfare programs. If social welfare programs are the most important investment in improving student achievement, it is irresponsible to advocate for ever-more spending in our schools, particularly given the zero-sum nature of balanced state budgets.
Personally, I think we should spend more money on education. I think we should pay teachers more. I think we should increase funding for innovative strategies. I think we should invest in stronger standards and assessments. I would rather spend money in education than anywhere else.
The reason I want to spend more is because I think our schools can, should and must drive academic achievement for our children. I think our schools can be the lynchpin of social mobility in America.
If you don’t think so, well, at least do everyone a favor and stop asking for more money.
Submit a Letter to the Editor
October 12, 2015

Kevin Huffman served as Tennessee education commissioner from 2011 through 2015. His written work has appeared in U.S. News & World Report and The Washington Post, where he won the Post’s inaugural “America’s Next Great Pundit” competition.