Howard Fuller: Advancement — the Second ‘A’ in NAACP — Should Apply to Our Children Too 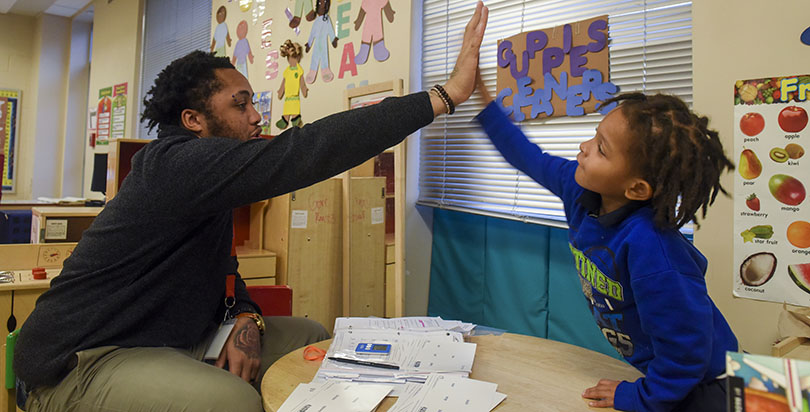 “A bad school is our common enemy.” Those words from Dr. Cristina de Jesus of Green Dot Public Schools rang true for me the first time I read them — and they obviously had an impact on the NAACP too. Members of the NAACP’s public education task force included this phrase in their report last week calling for major reform in the charter school movement.

The report was the latest step in the NAACP’s journey to undermine and destabilize the same charter schools that serve so many students of color.

I was pleased to see that the report, debuted at the NAACP’s national convention in Baltimore, was somewhat more nuanced and, in fact, acknowledged that high-quality charter public schools have been successful for many students of color. This acknowledgment was long overdue, but the substance of the report is, once again, waging the same senseless war on charter schools it started with its call for a charter school moratorium in 2016.

(More on the NAACP: Group Delivers Blow to Charter Schools After Public Hearings That Critics Say Were Setups)
Hamstringing charter schools through reduced autonomy, diminished authorizing options, and overzealous regulation as the NAACP’s report recommends will cripple what truly makes charter schools work: the freedom to provide what works for the students attending their schools.
The fact is, the NAACP is out of step with the desires of so many parents across the country who are demanding more options and quality education for their children. The NAACP has chosen to ignore these parents and continue its unfortunate and misguided crusade against charter schools. At the 2016 convention, NAACP leaders called for a moratorium on allowing new charters, committing to further exploration of the issue after receiving much pushback and criticism of their efforts. Yet a year later, we still find them on the wrong side of history on this issue.
I actually agree with the NAACP leaders that we have a problem with the delivery systems for public education in this country, and that consistently failing schools should be closed. But I think they have misidentified who is responsible for the miseducation of so many of our most vulnerable children. The fact of the matter is, the traditional public school system has failed many Black children for years, particularly those from the families that Howard Thurman called the “disinherited.”
We have an obligation to give poor parents the power to choose
These are our poorest children who come from families whose “backs are constantly up against the wall.” These families can no longer wait for us to “fix the traditional system.” These families need to be able to access other options for their children in the same way that families with means can do for their children.
Now that some of these families finally have better options, we’re seeing progress. We’re seeing advancement. The NAACP should join this noble crusade and fight for even greater options for these “disinherited” families to have for their children.
As they carry on their efforts to topple charters, the NAACP leaders mouth untruths about charter schools. For example, they continue to say charters are not held accountable for their academic achievements and growth. The fact is, in some states, charters are held to higher accountability measures than their traditional public school counterparts.
Additionally, the NAACP’s criticism that charter schools increase segregation is contrary to the facts. Since the decision in Brown v. Board of Education in 1954, racial segregation of schools in this country has been a function of myriad public policies pertaining to housing and conscious efforts by school boards to keep schools segregated. But, for me, while I am not against integration, I believe the issue facing our poorest Black children is how to get a quality education in their neighborhoods or in any other place that their families choose to send them. When it comes to integration of schools, I share the view expressed by the late Judge Robert Carter, who was a leading attorney in the Brown litigation. He said:
Integrated education must not be lost as the ultimate solution. That would be a disaster in my judgment. For the present, however, to focus on integration alone is a luxury that only the Black middle class can afford. They have the means to desert the public schools if dissatisfied, can obtain remediation if necessary, and get their children into college or some income producing enterprise. The urgent need for the Black urban poor is the attainment in real life terms and in settings of virtual total Black-white separation, at least some of the benefits and protections of the constitutional guarantee of equal educational opportunity that Brown requires. The only way to ensure that thousands of the Black urban poor will have even a remote chance of obtaining the tools needed for them to compete in the marketplace for a decent job and its accompanying benefits is to concentrate on having a quality education delivered to those schools those Blacks are attending and in all likelihood will be attending for at least another generation.
If there are charter schools delivering a quality education in an all-Black environment, I for one see no need to apologize. Why should people who have been denied a great school in their neighborhood now be criticized for attending one now because it’s all-Black? Why should poor Black people not fight to have more great schools in the communities where they live? Why should the battle for integration remain on the backs of Black families and their children? Why are charter schools being criticized for bringing good schools into communities that have been underserved and neglected for years?
I will never stop fighting for the interests of our children. They need us to wake up every morning ready to fight on their behalf so that they can have the high-quality education needed to ensure they succeed and advance. We have an obligation to give poor parents the power to choose educational environments where their children will succeed.
I remain a supporter of the NAACP although we disagree on this issue. I do hope that there is a way for us to find common ground. Because a bad school really is our common enemy. Our children’s present and their future are at stake. They need all of us who care about them to find a way to stand together to support and promote quality schools wherever we can find them.
Howard Fuller, a former superintendent of the Milwaukee public schools, is currently a Distinguished Professor of Education and the director of the Institute for the Transformation of Learning at Marquette University. He served as the founding board chair of the National Alliance for Public Charter Schools. He is also a co-founder of the Black Alliance for Educational Options.