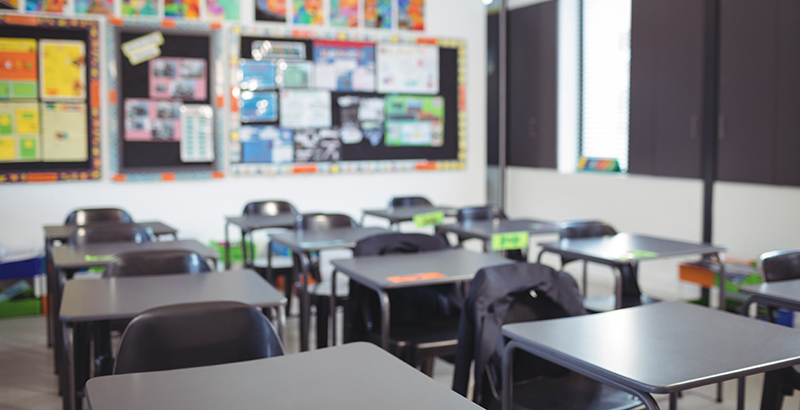 As more states rate schools based on how many of their students are chronically absent, policymakers must consider harsh discipline practices, an issue at the fore in education circles as the Education Department considers whether to revoke federal guidance on disparate discipline.

In the end, an absence is an absence, whether it’s because a student is sick, uninterested in school, or suspended, district leaders and advocates said at a forum at the Brookings Institution on expanded accountability under the Every Student Succeeds Act.

“We can’t address chronic absenteeism if we’re having, as the numbers now indicate, a greater disparity growing in terms of young people of color being suspended or expelled,” said Broderick Johnson, chair of the My Brother’s Keeper Alliance at the Obama Foundation. Former president Barack Obama started My Brother’s Keeper, a task force focused on improving educational outcomes for boys of color, in 2014.

Numbers from the just-released Civil Rights Data Collection showed that black students are more likely to be arrested at school than their peers, a gap that seems to be widening; racial disparities in other discipline measures persisted from previous years even as districts across the country reduce suspensions and expulsions.

Education Secretary Betsy DeVos has held several “listening sessions” as she considers removing a 2014 guidance document that urged schools to limit exclusionary discipline, like suspensions and expulsions, and reminded district leaders that disparate discipline outcomes based on race could be a violation of federal law.

Conservatives and others opposed to the guidance have said it has made schools less safe by forcing educators to keep disruptive students in class, and the Trump administration has put a particular emphasis on rolling back federal guidance they see as an inappropriate intrusion into local affairs.

DeVos has not laid out a timeline for any decision on the guidance.

“Let’s not be illogical about this, I would say to some folks who hopefully are listening,” Johnson added.

Thirty-six states and the District of Columbia are including measures of chronic absenteeism — often defined as missing 10 percent or more of school days a year — in new school ratings under ESSA.

Sandra Diodonet, assistant superintendent in Paterson, New Jersey, who oversaw that district’s work on chronic absenteeism, said the focus on attendance has led some principals to reconsider harsh disciplinary consequences, given the impact of suspending a student on their schools’ absenteeism figures.

Focusing on both chronic absenteeism and disparate discipline is part of a wider refocusing on social-emotional needs that often underpin academic deficiencies, said Scott Brabrand, superintendent in Fairfax County, Virginia.

“I think you’re seeing a school district recognition [that] we have to move away from a legal approach to a social-emotional approach,” he said.

The forum coincided with the release of new research by the Hamilton Project at Brookings with a six-point framework for states using chronic absenteeism in school ratings, including making sure goals are within reach and maintaining active oversight to prevent gaming of figures.

The George W. Bush Institute co-sponsored the event and highlighted its “The ‘A’ Word” series examining how school accountability became such a polarizing subject.