How Far Would You Go To Help Kids Learn to Read? This Children’s Author Is Running 11,000 Miles 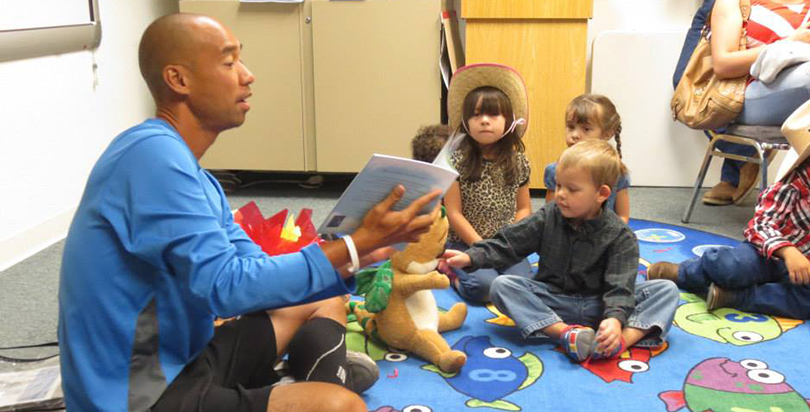 This article is one in a series at The Seventy Four which profiles the heroes, success stories, unexpected surprises and random acts of kindness to be found at schools all across America. Read more of our coverage at The74million.org/series/inspiring.
If you see a man running across your city with scores of people following behind, it’s not Forrest Gump. But feel free to join in anyway — because you’ll be running for a good cause.
That man is Dennis Yang, and he’s committed to running a whopping 11,000 miles to raise money and awareness for children’s literacy. 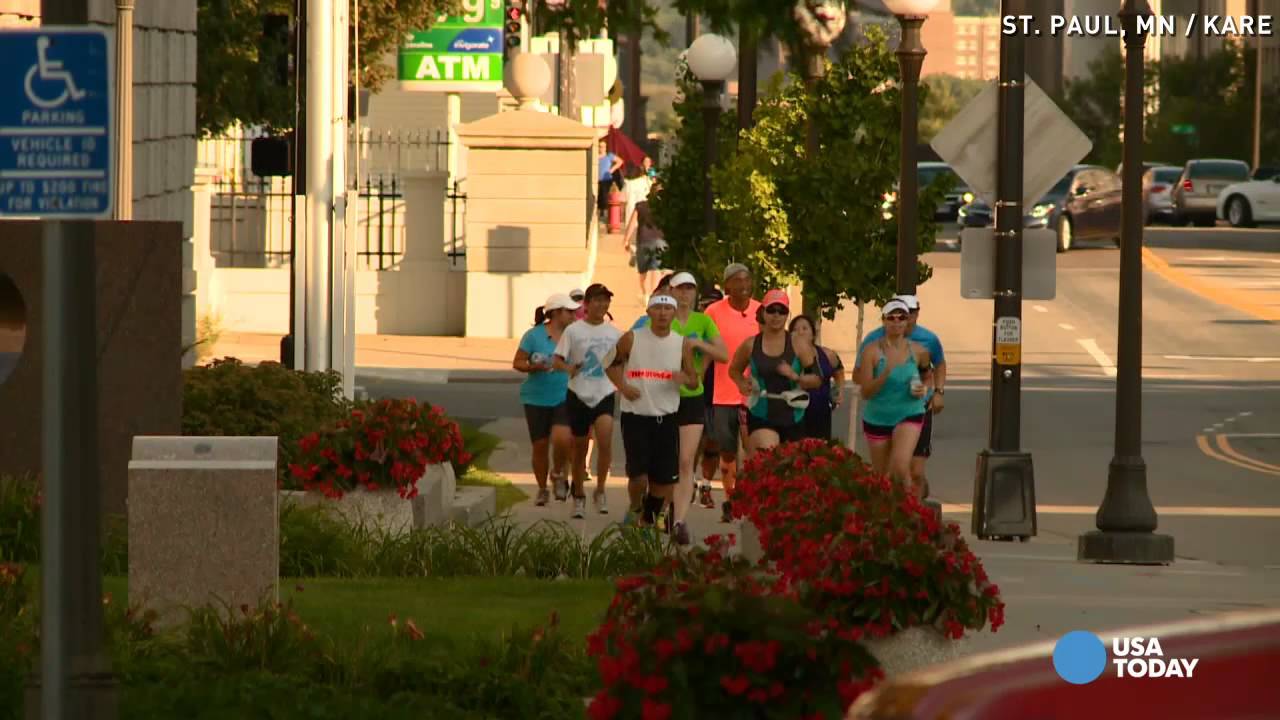 Yang is a children’s author who writes under the pseudonym Papa Didos. His books not only help children learn to read but touch on themes that validate the childhood experience.
Yang’s Rescuing Dizzy is a tale about the strength of friendship in the face of adversity, while The Tenth Floor tells the story of a toy factory that’s powered by imagination. The books are sold via the website of Yang’s foundation, but his ultimate goal is to give the books away for free.
That’s why he started the Great Reading Run, which started in Southern California in August 2014 and has proceeded along the perimeter of the United States.
Yang told Minneapolis’ KARE that as many as one in four children in the United States are functionally illiterate. According to BegintoRead.com, two-third of students who are not reading proficiently by the end of fourth grade will end up incarcerated or on welfare.
The goal is to raise $1 million to print Papa Didos’ books and give them away, but so far the project has yet to break through as a viral crowdfunding hit. He’s raised roughly $9,000, just 1% of his goal.
But Yang maintains a determined attitude by taking the long view: "It's never easy, but nothing worthwhile in life is," Yang told KARE. "Any goal you set for yourself can be attained if you take small steps."
When Yang arrives in a town on his itinerary, his fans and supporters join him for a few miles on his jog. At a recent stop by the Twin Cities last week, students and teachers from Phalen Elementary in St. Paul, Minnesota met up with the author, who is a celebrity to the kids.
"I'm honored they will come out and support us," Yang told KARE. The writer-runner has reportedly just crossed over into North Dakota.
One supporter, one donation, and one book at a time, Yang is doing his part to change the world.
Run, Dennis. Run.
Photo courtesy Papa Didos Ideals Foundation
Submit a Letter to the Editor
August 26, 2015