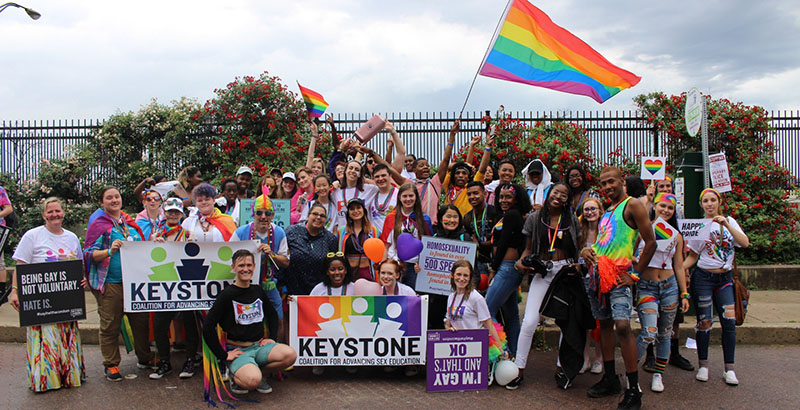 The results for LGBTQ youth can be even more catastrophic than for their straight peers. A 2015 study by the Centers for Disease Control focused on lesbian, gay and bisexual-identifying teens reported that young gay and bisexual males have disproportionately high rates of HIV, syphilis and other sexually transmitted diseases (STDs), and adolescent lesbian and bisexual females are more likely to have gotten pregnant than their heterosexual peers.

The Human Rights Campaign’s 2015 joint report with Rutgers University points to the lack of sex education as having an adverse impact on the health of LGBTQ youth and cites the same CDC study that shows that most new HIV infections among youth ages 13-24 occur among gay and bisexual men and transgender women who have sex with men.

“The people that are performing it [in gay male pornography] are very experienced with it,” said Theodora Sirota, chair of the University of St. Joseph Department of Nursing in West Hartford, Connecticut. “And they go after actors that are very well-endowed, and so kids can get the wrong idea. You can literally get ripped to death with some of this stuff — it’s dangerous if no one gives you instruction.”

Sirota has conducted research on the developmental stages of LGBTQ youth and has worked extensively with trans women and people who struggle with their sexual orientation.

Only 10 states — California, Colorado, Delaware, Iowa, New Jersey, New Mexico, Oregon, Rhode Island and Washington state, along with D.C. — require a discussion of sexual orientation. In Arizona, if or when HIV education is taught, teachers cannot “promote” a “homosexual lifestyle” or portray homosexuality in a positive manner.

For Dr. Charles Silverstein, the conversation around the lack of sex education for LGBTQ youth is an old story. The clinical psychologist and sex therapist is also a co-author of the popular self-help guide The Joy of Gay Sex, which was first published in 1977 and is now on its third revised and updated edition.

“We wrote the kind of book we would have wanted when we were kids,” he said.

Silverstein counsels gay people of all ages and recalls trying to advise one of his teen clients about his risky sexual behavior. “I was working with an 18- or 19-year-old — he was very sexually active. He didn’t use condoms, nor was he on PrEP. That’s an HIV contagion waiting to happen,” Silverstein said.

PrEP (Pre-exposure prophylaxis) is a drug generally marketed to gay men that, if taken once daily, is cited for lowering the chances of HIV infection by 90 percent. 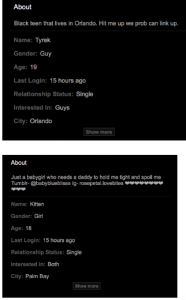 “I think seeing it raw [sex without a condom] like that gives kids the wrong impression,” said Sirota. “They’re not seeing reality. They just see it and they figure this is how it’s supposed to be.”

Still, in comparison to Pornhub’s 81 million daily visitors, its “Sexual Wellness” site sees relatively few visits — only 4 million hits in all of 2017.

There are several teens across the country taking steps of their own to effect change when it comes to sex education for LGBTQ youth. Miller, the Pennsylvania teen, was recently featured in a TED Talk for his efforts in trying to make sex education more inclusive. He also started an organization called The Keystone Coalition for Advancing Sex Education, which serves as the vehicle for his message.

“Keystone CASE’s ultimate goal is to pass legislation that will improve standards and advance sex education to be comprehensive and inclusive,” Miller said. “Through my organization I’ve written a state bill titled the “Pennsylvania Healthy Youth Act,” which is influenced by a successful bill called the “California Healthy Youth Act” and a failed earlier attempt in the Pennsylvania legislature,” Miller said.

The bill was referred to the health subcommittee in the Pennsylvania General Assembly in August 2017, the last time action was taken on the measure.

Just recently, Miller announced on Facebook the end of the official operation of The Keystone Coalition, but he plans on continuing the pursuit of advocating for appropriate sex education for all. 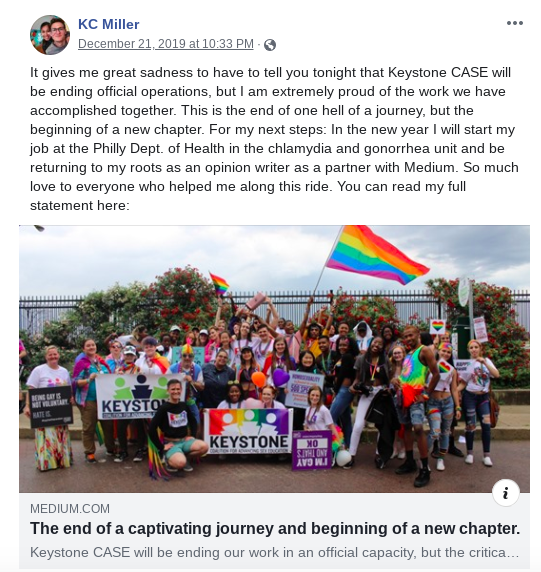 Miller is just getting started and hopes to change what sex education classes can look like, not only in Pennsylvania but also across the country.

“In my eyes, comprehensive sex education is a human right,” he said. “People deserve access to medically accurate, unbiased information about how to keep their bodies safe, happy and healthy. In the United States, we are failing to provide this basic human right. Instead of empowering students with knowledge, we feed them fear and encourage them to bury away sexuality.”

The lack of sex education that’s inclusive of sexual orientation comes as no surprise to Brownen Pardes, the sex educator and author: “If there is good sex ed going on — and oftentimes there isn’t — it mostly assumes that you’re straight, and if you’re really lucky there’s a little conversation on being gay.”

6/1. THE JOY OF GAY SEX, Dr Charles Silverstein & Edmund White (1977)
“Written by homosexuals for homosexuals” said one blurb, this was an LGBT version of a popular 1970’s book, The Joy of Sex. For someone coming out, trying to make sense of it all, this was a great resource. pic.twitter.com/ev6Q0oJ8Ql

This article was provided to The 74 through StorySquare, a platform connecting freelancers with media outlets.

Marvin Richards Jr is a 2018 graduate of Columbia's School of Journalism. His work often explores the intersection of domestic politics with race, sexuality, class and sports.