Houston, Flooded: Twitter Captures Chaos as Some Schools Close, and Other Students Brave the Deluge 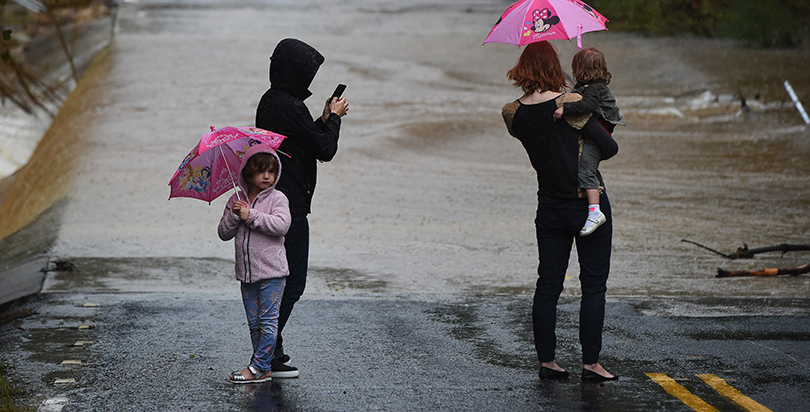 A deluge of 1-2 FEET of rain brought south Texas to a standstill Monday, with the resulting flash floods inundating thousands of homes and highways, and forcing more than 100 rescues and the closure of school districts across the area.
Closures included America’s seventh largest school district, the Houston Independent School District, which cancelled classes due to “severe inclement weather and the related potential for dangerous road conditions.”

While many districts across the area shut down, eyeing an additional 8 to 10 inches of rain forecasted today, not all schools followed suit.

Flooded at school district. Had to "swim" through. @TheRitaGarcia pic.twitter.com/bXvDk8ZCQf

My street was completely flooded you can't even see it @PasadenaISD_TX is this how y'all wanted me to go to school? pic.twitter.com/9neXfJJYMG

When your school starts to flood but we still here @PearlandHighSch pic.twitter.com/KZ9inPU7kB

Students who got to stay home may have been happy about their “rain day,” but at least one class still had homework assignments to complete.

Hisd: "School is closed due to Severe Weather"
Teacher's: All your assignments are on the HUB, have a nice day
Me: pic.twitter.com/BNcRmFqsD0

Additionally, kids will have to make up the “rain day” at the end of their school year, reported Houston Chronicle’s education reporter Ericka Mellon:

Here's how @teainfo explained school make-up days to me this morning: pic.twitter.com/1qp6H91dse

Summer break won't come as quickly for some. Weather make-up day is May 26 for @HoustonISD & June 2 for @CyFairISD, after last day of schl.

A waiver from Texas’ Education Commissioner Mike Morath may change that though, according to Houston ISD.

For those asking, law requires #HISD to make up today's lost day on 5/26, unless the Tx Ed. Commissioner grants district special reprieve.