Houston Dad Confronts Boy Who Bullied His Son — and Becomes His Friend, Mentor, and Biggest Booster 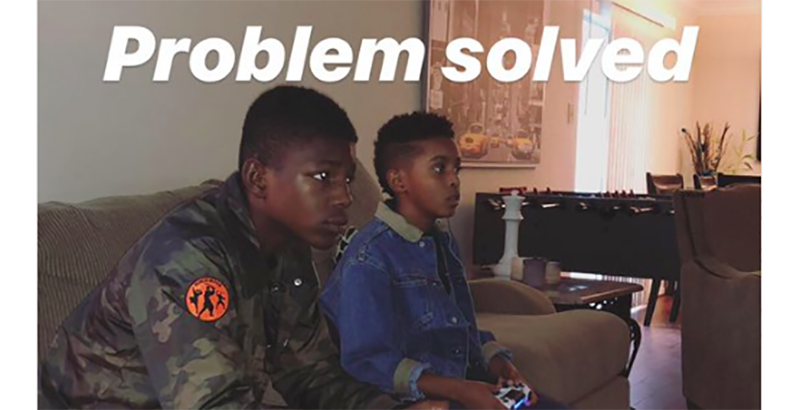 When Houston dad Aubrey Fontenot first learned that his 8-year-old son, Jordan, was being bullied at school, his first reaction, like that of most parents, was anger. But having been bullied as a child himself, Fontenot decided to take a different approach — he chose to listen.

After Jordan’s phone went missing, Fontenot decided to gently confront the bully, a boy named Tamarion. In their conversation, Tamarion confided in Fontenot and explained that he, too, was being picked on at school. “I was like, ‘By who? You’re big. You’re huge. Who’s picking on you?'” the father told KHOU.com. “He’s like, ‘Just all the other kids, man. They’re making fun of me.’”

Fontenot learned that the students were making fun of Tamarion because his clothes were old and dirty. A simple phone call to Tamarion’s mom confirmed Fontenot’s guess — the family was struggling financially; they were currently homeless.

For taking Jordan’s cell phone, Tamarion was suspended — but he spent the day with Fontenot. The two went shopping for clothes and shoes, and Tamarion discovered a newfound sense of self-confidence. As he tried on a new shirt, Fontenot urged him, “Put your shoulders back, dog. Act like you’ve got some pride.” In the car, they bonded over songs on the radio.

The video of their adventure, captured by Fontenot and uploaded to his Twitter feed, has already garnered over 5 million views.

spent some time with my sons school bully yesterday .. just to dig a little deeper on”why?” .. come to find out he was being bullied for not having clean clothes n clean shoes.. I asked “why?” .. just to find out that his family is currently homeless🤴🏿♥️🙏✊🏽I had to do Something pic.twitter.com/IY29lgChqY

Fontenot’s mentorship didn’t stop there. Back at his house, the father encouraged the two boys to “settle things as men” and talk it through.

Fontenot explained on Good Morning America that after the talk, he said, “From here, there is nothing. Shake hands, and from now on you are brothers and you protect each other.”

The two boys have lived up to Fontenot’s expectations and now meet up to play video games.

But even after buying clothes, bolstering his self-confidence, and uniting the boys as friends, Fontenot wasn’t done helping Tamarion. The father set up a GoFundMe campaign to raise money for the boy’s family. On the GoFundMe page, Fontenot wrote, “We have no clue what these children are going through these days because a lot of us just don’t care … I spent a lot of my day yesterday shopping and teaching this young man about self-respect. Integrity. Morals. Confidence. And other things that consist of going from a troubled youth to a great man.”