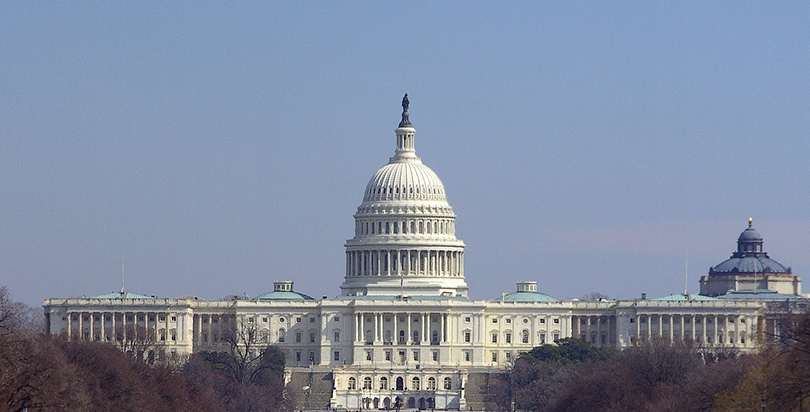 The House Tuesday passed legislation blocking Obama administration regulations on school accountability, a move Democrats said could throw the implementation of the Every Student Succeeds Act into disarray.
The action was part of a larger turning away by Congress from the education policies of the last president, starting with Tuesday’s bitterly fought vote in the Senate to confirm Betsy DeVos as education secretary. After DeVos received not a single Democratic vote and two Republican senators voted with the opposition, Vice President Mike Pence had to take the unprecedented step of breaking the 50–50 tie to secure her appointment to President Trump’s cabinet. Ultra-conservative House GOP members also saw an opening to introduce a bill that would abolish the Education Department, a long-sought but never-achieved goal among some Republicans.
(The 74: Betsy DeVos Confirmed as Education Secretary After Historic Tie-Breaking Vote from VP, Unrelenting Opposition)
The votes, blocking the Obama administration’s ESSA accountability regulations as well as a long-pending rule on evaluating teacher preparation programs, are the first step in what’s known as the Congressional Review Act. The law, used only once before, allows Congress to overturn executive branch regulations and — a key concern for advocates and school accountability hawks — bars the department from issuing a “substantially similar” regulation until Congress expressly permits it.
The House blocked the teacher prep regulation by a vote of 240–181 and the more highly debated accountability regulation by a vote of 234–190. Five Democrats voted to overturn the teacher prep rule, and one Republican, Rep. Patrick Meehan of Pennsylvania, voted with the Democrats against overturning the ESSA regulation.
The Obama administration issued the accountability rules last November. They lay out the specifics for how states and districts should measure school performance under the Every Student Succeeds Act, the federal K-12 education law that replaced No Child Left Behind. The rules have particular significance for how states and districts track the progress of low-income students, students of color, disabled students, English-language learners and other vulnerable groups and how they intervene in the lowest-performing schools.
Democrats warned of the possible disruption that could result from a total ban on school accountability rules coming in the midst of states’ extensive work in designing their new plans under ESSA, due as soon as April under the Obama rules.
(The 74: GOP Moves to Wipe Out ESSA Accountability, Teacher Prep Rules; Some Advocates Predict ‘Chaos’)
The regulation is “at the very heart of the Every Student Succeeds Act,” said Rep. Jared Polis of Colorado, a Democrat. Overturning it will mean “effectively throwing public education into chaos across all 50 states,” he added.
Rather than totally gut the rules, the Trump administration and just-confirmed Secretary DeVos should instead revise them, Democrats said.
“Why get rid of the whole rule when it comes from a bill that was passed in such a bipartisan way?” asked Rep. Lisa Blunt Rochester of Delaware. ESSA passed the House in December 2015 by a vote of 359–64 in what was widely hailed as a triumph of cooperation between Republicans and Democrats.
Civil rights and disability advocates have argued against overturning the rule, fearing it will widen the achievement gap, while the National Governors Association and superintendents groups have said the accountability regulation is an inappropriate intrusion into local decisions and should be stopped.
Republicans, meanwhile, said invoking the Congressional Review Act was necessary to thwart an Obama administration that had overstepped the boundaries of its authority, and it shouldn’t disrupt states’ implementation work.
“We must give direction to the states? No. The fact of the matter is … when we passed ESSA, in a lot of ways we were saying to the states, ‘You give the direction,’ ” said Rep. Todd Rokita of Indiana, who sponsored the resolution blocking the accountability rules.
States should move forward with their plans, confident that they will be reviewed “against the requirements of the statute and nothing more,” he said.
Rokita said a second time, later in the debate, that the Republicans’ “intent is to provide clarity and consistency” to states, who should continue to develop plans that comply with the law.
The teacher preparation regulations proposed to rate teacher training programs based, in part, on how well students taught by the programs’ graduates performed on tests as well as other measures of effectiveness. Programs that didn’t perform well could lose eligibility for federal TEACH grants, which support would-be teachers who commit to specializing in high-need subjects or working in low-income neighborhoods.
The regulation essentially creates a mandate for teacher evaluations, an idea Congress expressly rejected when it wrote ESSA, said sponsor Rep. Brett Guthrie of Kentucky.
Teacher prep should be addressed through reauthorization of the Higher Education Act, which is still pending in Congress, “not unilaterally by executive fiat,” he said. “The federal government has played far too large a role in education for far too long.”
Democrats conceded that although some changes to the teacher preparation rules may be needed, discarding the rules isn’t the way to do it.
Using the Congressional Review Act as the method “takes a sword to the regulations when a scalpel should be used,” said Rep. Susan Davis of California.
The resolutions blocking the accountability and teacher prep rules — along with about a half-dozen other non-education-related Obama-era regulations — now move to the Senate, where the Congressional Review Act sets up an expedited schedule in the slow-moving Senate and requires just a simple majority for passage.
Submit a Letter to the Editor
February 7, 2017