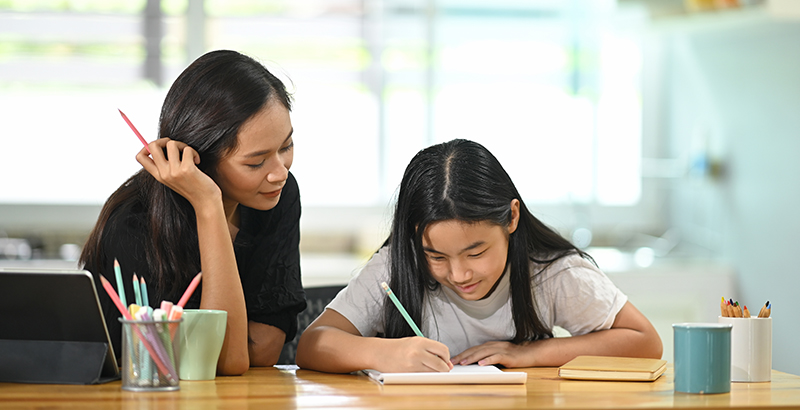 Last fall, seven school districts and eight tutoring providers came together in a virtual summit run by the Harvard University Center for Education Policy Research. The goal was to see if representatives of two sides of the education market could agree on a radical new contract, one in which schools would pay providers for outcomes rather than hours. A provider would be rewarded for each year of growth in math a student achieved. But: no growth, no payment.

This model, known as Pay for Success, originated in the United Kingdom in the 2000s, when the government invited private funders to take some of the risk involved in reducing ex-prisoners’ reoffending. It worked: Reoffending declined by 9 percent.

To date, fewer than 30 such projects have been run in the U.S., almost all outside education. School districts are not often rewarded for innovation, and K-12 tutoring providers ply a steady trade without worrying about risk. But starting this winter, a new consortium is going to try.

The districts at the Harvard summit, which included Denver Public Schools and Ector County, Texas, had become especially concerned about students of color and those affected by poverty making the transition from elementary to middle school or from middle to high after a long period of pandemic-fed stagnation. Their focus was math, as it is well established that students lacking foundations in fractions at the start of middle school and pre-algebra at the start of high school have reduced chances of success in school and in life.

But tutoring is expensive.

Or is it? In 2007, economics professors Clive Belfield of the City University of New York and Henry Levin of Columbia University, asked what is the value to society of each additional high school graduate when compared with a young person who does not graduate. Using data from California, they took into account increased tax payments, savings in health care, welfare and crime and found each additional graduate would save society $169,000.

Compare that to the cost of tutoring. A recent study by the National Bureau of Economic Research found that a year of intensive math tutoring, at a cost of $3,800 per student, resulted in more than one year’s additional academic growth. Even if multiple years of tutoring were required in multiple subjects to ensure graduation, the cost couldn’t come close to the $169,000 benefit. The Washington State Institute for Public Policy performed detailed cost-benefit analyses of hundreds of state-funded programs and found each dollar invested in small-group tutoring returned on average $15, even when delivered by non-teachers.

In fact, the cost of tutoring is coming down, perhaps to $2,000 or below for one year’s growth. Techniques such as optimized tutor-to-student ratios, blended learning — involving some online work that students have become quite familiar with during the pandemic — and clever use of data can reduce tutoring costs without significantly reducing efficacy.

Vendors sell billions of dollars of products and services to schools each year, promising great learning gains. But the gains don’t show up. If they did, two-thirds of U.S. students wouldn’t still be below proficient in math. This has created a distorted market. Many schools have grown skeptical of the ability of new curriculum or technology to make much difference. The previous one they adopted didn’t;  nor did the one before that. And vendors know results depend on the school’s capacity to implement their product well, which is sometimes lacking. So a cozy détente emerges.

Pay for Success is a market mechanism for breaking this pattern. By shifting responsibility for failure from the school to the provider, it renders the vendor inescapably dependent on the success of its product. That creates powerful incentives for district and vendor to collaborate.

Over time, some vendors will redesign their product so that it is easier to implement successfully, for example. They will test it in real classrooms before launching it, something few do extensively today. They will run studies of effectiveness not because the marketing department needs a brochure, but because their lunch depends on it.

At the Harvard summit, districts voiced two concerns about Pay for Success. The first was that putting an intense focus on academic outcomes might result in other important goals — socio-emotional outcomes, attendance, enjoyment of math or cultural relevance — being overlooked. It’s possible to incorporate these goals into a vendor contract, though a long list might make it difficult to find willing providers. Besides, some of these goals may come along with academic outcomes. It would be difficult to achieve strong academic gains for a student with low attendance, say, or who doesn’t see the relevance of the sessions.

The second concern was incentives. With a large inducement for growth, vendors might focus on students who respond to their program and leave others to languish. Or they might target an approach that gets short-term results at the expense of long-term gains. To guard against these issues, a district could, for instance, require that 90 percent of students achieve a specified level of growth before making any payments. Experts also recommend signing short-term contracts and renewing rather than committing to a multi-year contract, only to discover that incentives aren’t quite aligned.

A pilot program, designed to address these concerns, is beginning this winter, funded by philanthropy and run by the Southern Education Foundation, a nonprofit with a long history of advancing equity in education, with advice from Third Sector, experts in Pay for Success. The first cohort of districts will issue tutoring requests for proposals, pay vendors for outcomes and report on what they learn. The pilot could create a Pay for Success model that districts across the U.S. can use, making the district-vendor détente a little less cozy.

Laurence Holt has spent the last two decades leading innovation teams in for-profit and nonprofit K-12 organizations. He is an adviser to a Pay for Success pilot run by the Southern Education Foundation.

Disclosure: The Bill & Melinda Gates Foundation and the Charles and Lynn Schusterman Family foundation provide financial support to the Pay for Success pilot run by the Southern Education Foundation and The 74.

Laurence Holt has spent the last two decades leading innovation teams in for-profit and nonprofit K-12 organizations. He is an adviser to a Pay for Success pilot run by the Southern Education Foundation.