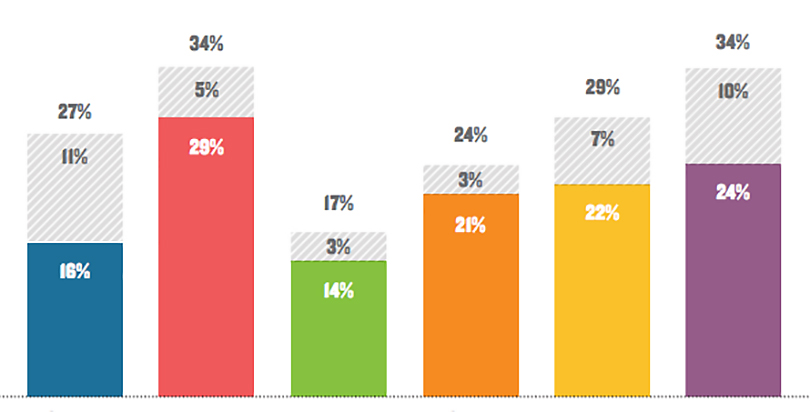 For the better part of a century — roughly as long as the concept of the teenager has existed  — parents and educators have agonized over how to reach adolescents. Stereotyped as indifferent to schoolwork and alienated at home, they have often confounded the adult world’s efforts to transform them into productive citizens. Today, new research from the Fordham Institute brings welcome news: Though their interests are piqued by different methods in the classroom, most want to learn and are willing to work hard to do so.
Surveying 2,000 public and private school students between 10th and 12th grades in 2016, Fordham’s study (financed in part by the American Federation for Children, then under the leadership of now–Secretary of Education Betsy DeVos) quizzed participants on a range of factors including engagement at school, relationships with peers and teachers, and participation in class.
Using a tactic common in marketing, the researchers segmented respondents into six categories based on their responses: STEM-focused Subject Lovers, highly motivated Hand Raisers, introverted Emotionals, convivial Social Butterflies, guidance-seeking Teacher Responders, and independent-minded Deep Thinkers. In this, the report is both a companion and a spiritual sequel to Fordham’s 2013 national survey of K-12 parents.
Happily, the lion’s share of respondents acknowledge being motivated to learn at school, with healthy majorities saying that they listen closely in class (94 percent), complete their assignments (95 percent), review material they don’t understand (84 percent), and judge the quality of their own work (74 percent). Nearly all students said they valued time spent with classmates (59 percent said it was one of their favorite things about going to school), and one-third said their teacher was the adult they felt closest to in school.
When examined separately, each group derives interest from different aspects of academic life. Social Butterflies, who tend to perform about average in their classes, said they feel that they belong in school and enjoy lunch and sporting events. Teacher Responders, predictably, get more out of their relationships with instructors; only 7 percent report boredom with their teachers, and 85 percent — the most of any group — say that they can “really connect” with an adult in school.
Not all of the survey’s results are so sanguine. Two student populations in particular are deemed by the report’s authors as being “in crisis”: Deep Thinkers and Emotionals, who comprise about one-third of all students. Of those students, more than a third said that they have considered dropping out of school altogether, and both rate their satisfaction with their current schools as lower than that of other groups. 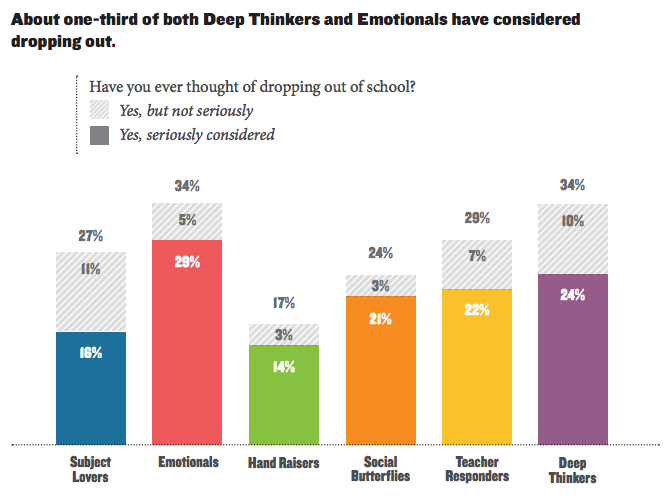 Photo: Fordham Institute
Worst of all, just 68 percent of Emotionals and 70 percent of Deep Thinkers report feeling safe at school, compared with 87 percent of Social Butterflies and 88 percent of Teacher Responders. To address these problems, as well as the distinct learning needs of members of all six categories, the report includes a lengthy list of recommendations for engaging each.
Given the distinct differences between front-row kids, class gossips, and go-it-alone types, the authors conclude, “Tailoring schooling and instruction to such needs, preferences, and tendencies has the potential to pay dividends in greater engagement — and ultimately in achievement gains.” 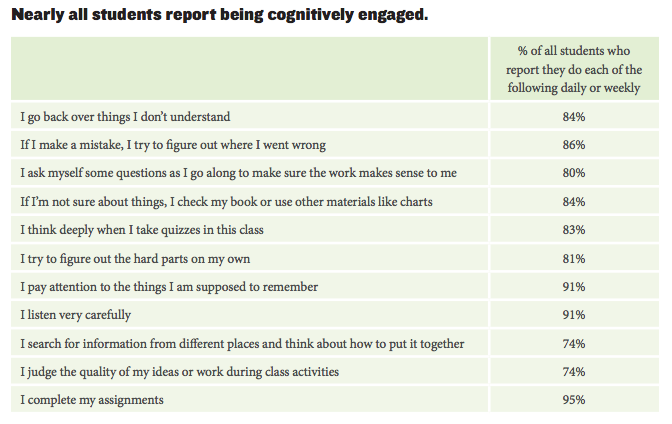 Photo: Fordham Institute
Submit a Letter to the Editor
June 27, 2017