Hernandez: DeVos Should Tell Her Critics All Kids Deserve School Choice — Just Like Theirs Have 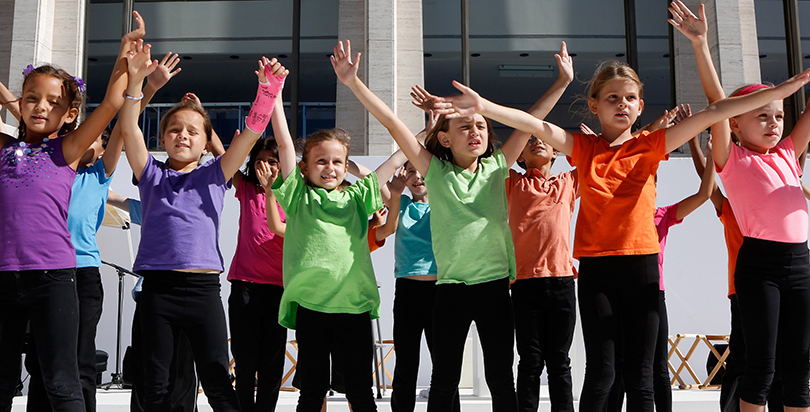 This is the first in a series of essays offering advice from policy experts, educators and journalists to U.S. Secretary of Education Betsy DeVos.
Dear Betsy,
You have gotten lots of questions from Democrats about your “extreme” views on school choice.
But 43 percent of American children already “do” school choice, including the kids of your biggest critics in the Senate. School choice is an American tradition, like baseball or shaking down the tooth fairy.
School districts assign children to public schools based on where they live. Then, the world’s largest game of musical chairs begins. The families of 24 million students find ways around their forced assignments to get the schools they want for their kids.
The biggest school choice group is families who move to a new neighborhood to change their assigned school. They represent an estimated 8.2 million students, about one third of all school choosers. To be clear: The most popular way to choose a school in America is to literally move your family.
While charter schools and voucher programs get all the press, most school choice occurs inside traditional public school districts. An estimated 14.1 million students either move neighborhoods to change their assigned district school (8.2 million students) or take advantage of existing district options like magnet schools or transfers to other neighborhood schools (5.9 million students).
Most school choice in America costs money. The families of 16 million students, about two thirds of all school choosers, move neighborhoods, pay private school tuition (5.3 million students) or pay in-kind by homeschooling their children (1.8 million students).
Free school choice options like public charter schools (2.7 million students) and traditional district choice options (the 5.9 million students from above) are much less common than paid options. And they are especially popular among black and Latino families. Since our public schools are now majority-minority, it is likely more families would make choices about the schools their kids attend if opportunities existed.
Charters and district choice programs are the only schools to break the links among wealth, housing and public school access. But most of the negative press and organized political opposition to school choice are aimed squarely against free options for families — and black and Latino families by proxy. Ironically, paying for the privilege to choose a school is not just uncontroversial but an accepted social norm.
We love our public schools as long as 24 million kids get to choose different schools before the music stops.
Government can make it easier or harder for families to find schools that fit their kids. Roadblocks just drive up the price of school choice, making it a luxury good that only some Americans can afford. So the next time a senator throws shade your way, ask what schools his or her family chose for their children and how much it cost. Then go fight so every family in America has the same privilege to do what’s right for their kids.
Note: The data in this analysis come from the National Center for Education Statistics. There is some mixing and matching of years, reliance on surveys, rounding errors, grade matching issues, etc., so consider these approximations.
Submit a Letter to the Editor
February 12, 2017

Alex Hernandez is a partner at Charter School Growth Fund, a nonprofit that supports the growth of the nation’s best public charter schools. He is a former high school math teacher and lives with his family near Boulder, Colorado.