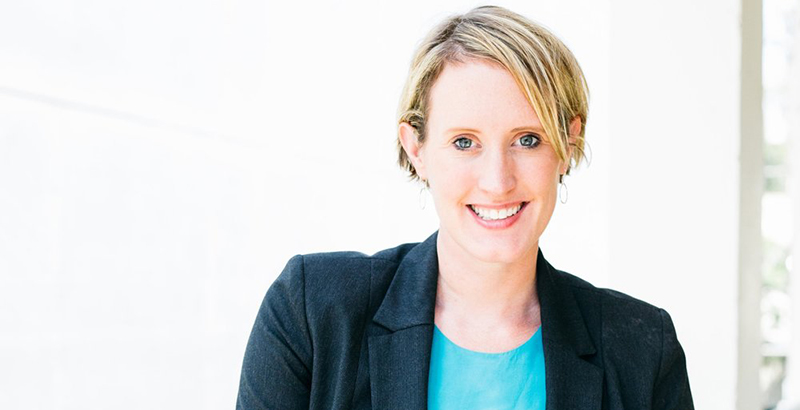 When Chrystie Edwards moved to Memphis in 2015 to lead academics for the fledgling Tennessee branch of the Green Dot charter school network, the task before her was daunting. Green Dot had assumed control of two long-struggling schools and was about to take over leadership of three more middle and high schools. Four of what would become Green Dot’s five schools were performing in the bottom five percent of schools statewide. There was a great deal to be done: teachers to be hired, students recruited, facilities upgraded.

At the end of 2016-17, the sheer volume of work was spreading Edwards’s staff so thin that she realized they’d lost sight of the school’s core mission: helping students learn.

“It felt like we were kind of like hamsters on a wheel,” she said. “Everyone was working really hard, but we weren’t seeing the needle move enough in terms of teacher effectiveness or student achievement.”

Edwards reached out to Instruction Partners, a Nashville-based nonprofit that supports teachers, especially those in small districts and charter management organizations, with what the organization calls “the unglamorous stuff that is often overlooked, such as coaching models, curriculum design choices and the structure of teacher professional development.”

“Especially in leaner networks, there’s this pressure that you need to wear all the hats,” said Edwards. “Instruction Partners has allowed us to step back and get our head above water and realize, ‘OK, this is where I need to spend my energy.’”

The organization is developing a niche among small districts — those with 10,000 or fewer students — that are keen to improve teaching and learning but lack the staff and time to do it well. Three years after launching, Instruction Partners is growing rapidly, expanding from 170 partner schools in January to 230 in June — mostly in Tennessee, Louisiana, Florida and Indiana.

The organization has 62 full-time staff spread across the country, with fewer than half concentrated in Tennessee. In states where they have clients, Instruction Partners hires experienced educators who are already familiar with the local educational landscape and can more easily do school walk-throughs and meet with administrators. Instruction Partners also hires a few hundred local teachers and coaches for summer workshops it runs for educators.

Across the organization, the focus is solely on what longtime Harvard Graduate School of Education professor Richard Elmore calls the “instructional core” — the interplay between student, teacher and content. While other school support outfits focus on factors like personalized learning, social-emotional needs or parent engagement, Instruction Partners is concentrating on the basics: what teachers are teaching and whether it results in improved student performance.

“When I was the assistant commissioner, I engaged in lots of conversations about the policy context around education, and everyone came to those conversations with the right intentions, but many felt very far removed from the teacher-student interaction,” Freitag said. “I think the field would benefit from more discussion and support that is close to that interaction.”

In the case of Edwards and Green Dot’s Memphis schools, focusing on the instructional core meant not focusing on a dozen other things. Freitag and colleagues started by observing Green Dot’s schools to evaluate the depth and rigor of what teachers were teaching and how much students were learning. Were teachers asking enough of students? Were students thinking critically? The outcome of that assessment was clear, said Edwards.

“What’s happening in classrooms [wasn’t] working,” she said, adding that Green Dot needed “to make a radical change for our students.”

With Instruction Partners’ guidance, Edwards and her colleagues elected to adopt publicly available curricula in order to “lessen the load on the teachers” who otherwise might have had to create their own, she said. Freed from the time-consuming responsibility, Green Dot’s Memphis teachers had more time to focus on how to best teach the new curriculum, and students’ scores on 2017-18 state tests dramatically improved.

The gains at Green Dot mirrored those at other Instruction Partners’ schools. Tennessee measures progress on state tests on a five-point scale, and on the 2017-18 tests, schools statewide improved 0.1 levels. As shown in the Instruction Partners graphic below, schools it assisted grew an average of 0.5 levels, and the schools for which it provided the most support grew 1.2 levels in their subject of focus.

Freitag got her start in education in 2004 when Teach for America placed her as a seventh-grade math teacher in rural Louisiana. Her school changed her curriculum between her first and second years of teaching, and Freitag was largely left to navigate the transition on her own. The experience was instructive. She says small districts frequently lack the resources to provide the different types of support their teachers need, whether it’s with changing curricular materials, coaching new teachers or moving grade levels.

“Particularly in the smaller systems, where they might have a central office team of three and they’re each responsible for 14 functions, meeting those diverse needs feels pretty impossible,” she said. 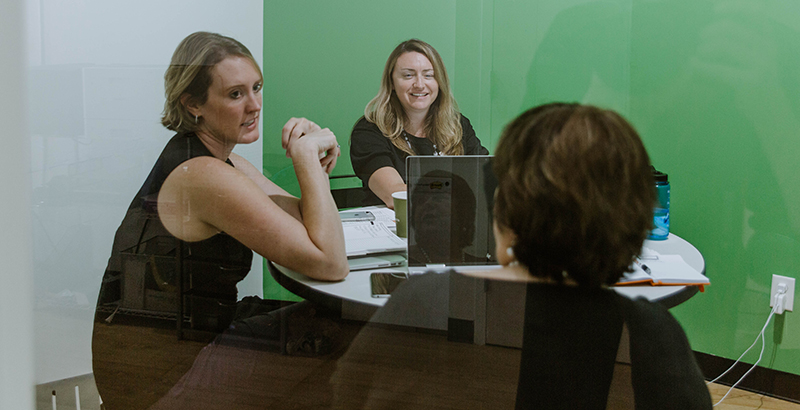 Instruction Partners has more than 60 staff members, many of whom work remotely from states around the country. In states where they have clients, the organization hires experienced educators who are already familiar with the local educational landscape. (Courtesy of Instruction Partners)

When she was responsible for curriculum and instruction for Tennessee, Freitag oversaw a series of trainings for 65,000 teachers and coaches across the state. She also met regularly with a committee of principals and superintendents from 16 mostly small, rural school districts to support their transition to new, higher standards. She said she grew to appreciate how eager these educators were for support and how much more nimbly they could adopt new practices than their counterparts in larger districts.

“They have to make so many choices every day about how to serve their students’ needs, how to set up systems and structures, and they just were so hungry to have people to talk to about what are the best approaches,” she said.

Freitag credits the statewide support with helping Tennessee become the fastest-improving state in the country in math, reading and science between 2013 and 2015, according to NAEP scores.

That is not to suggest that focusing on the instructional core is a panacea. Gary Houchens, a former teacher, principal and district administrator in neighboring Kentucky who is now a professor at Western Kentucky University, trained with Elmore and his team and then coached administrators across the state on the approach. He thinks the singular focus on instructional dynamics is “brilliant,” but he’s seen the multi-step approach prove to be more than some schools can handle.

“The biggest challenge with most of the schools and districts that I was familiar with was follow-through,” Houchens said. He said it’s important, albeit unusual, for a school to institute a regular cycle of observations, learning, improvement and practice. “I think that has remained fairly rare.”

Instruction Partners is backed by major education philanthropies like the Bill & Melinda Gates Foundation and Bloomberg Philanthropies. The supporters are hoping that Instruction Partners can take what’s worked in Tennessee and spread it across the country; the organization already has more demand than it can meet and is looking to reach 500,000 students within the next five years.

Ultimately, says Freitag, this work is about providing well-intentioned teachers with the support they need and want so that more students can be successful.