With the school year underway, one fact has become starkly clear: There are far fewer kindergartners than usual. In major cities like Los Angeles and Miami, kindergarten enrollment is down between 10 and 20 percent, with smaller drops in other grade levels. In some districts, as many as a quarter of eligible 5-year-olds are not enrolled. The implications for school budgets border on apocalyptic: Georgia’s Clayton County Superintendent Morcease Beasley recently released a “pleading” YouTube video in which he asked, “Where are the rest of you? I need you all in kindergarten.”

We can avoid the approaching calamity only if governors and state legislatures make clear that they’ll follow the lead of California and North Carolina and hold school budgets harmless next year.

The logic is simple: School funding formulas are based on the number of enrolled students. Less students, less money; more students, more money. Normally, this makes sense. But we’re in the midst of a one-year blip in the system; this won’t be a permanent decline. Most students who have been unenrolled or redshirted — held back a year by their parents — are coming back next year. Holding a budget harmless means that states apply the 2019-20 school year enrollment instead of the 2020-21 numbers, bypassing the COVID downspike.

The reason for policymakers to declare hold-harmless intentions now, even though many states don’t begin their next legislative sessions until January or later, is that districts need time to plan. As Jenna Conway, Virginia’s chief school readiness officer, said recently in a Time interview, “One of the biggest challenges is going to be the variability of [student] experiences.” Conway was referring to the fact that some kindergartners are getting amazing learning support at home, while others are not. Similarly, with triple or quadruple the number of redshirted students, a staggering number of 6-year-olds are going to show up in fall 2021 having never set foot in school before.

Addressing this complicated puzzle is going to require a lot of resources. Districts will need to hire more kindergarten and first-grade teachers than usual, to say nothing of literacy specialists to help struggling students catch up. Yet if administrators are staring at giant budget holes, this type of equity-minded planning will give way to austerity measures. The potential impact to school budgets is brutal: Districts in the commonwealth may lose nearly $150 million. Other states’ funding formulas aren’t even so forgiving: In New Mexico, Albuquerque Public Schools alone stands to lose $36 million.

The main argument against hold-harmless provisions is a bizarre fear of temporarily overfilling school district coffers. Virginia’s Department of Planning and Budget warned legislators that using the 2019-20 numbers could “‘artificially inflat[e]’ average daily membership for ‘school divisions with historically declining enrollment or reduced enrollment for reasons unrelated to the declared state of emergency.’” This bloodless reaction to the coming educational carnage should be dismissed out of hand. There is a clear and overriding public interest in ensuring that districts can meet their students’ needs next year: If a handful of districts get a little extra money in the shuffle, so be it.

Hold-harmless provisions do need to be designed carefully, however, or they can lead to unintended consequences. For instance, the Public Policy Institute of California has written that districts that have been seeing steadily increasing enrollment may find themselves at a disadvantage because last year’s numbers are a poor stand-in for next year’s. An easy fix is to give districts two options: Use the projected 2020-21 enrollment or the actual 2019-20 enrollment, whichever is higher. The other challenge is that high-poverty districts, burdened with extra costs from health precautions, technology and staffing, will need more funding than in a pre-pandemic year. An option here would be to put a temporary “recovery enhancement” into the funding formula, perhaps for a few years providing 120 percent of the usual per-pupil allocation to these districts.

All this talk of money, of course, runs smack into the reality that states are facing budget shortfalls. The federal government will need to step up with major education aid money, or else states will have trouble making good on any funding obligations, much less equitable ones. It is an unavoidable fact that schoolchildren are absorbing tremendous educational and personal harm in this awful year. While harmless is out of reach, our leaders have an opportunity to at least give schools and their students a chance to thrive moving forward.

Elliot Haspel is an early-childhood and K-12 policy expert and the author of “Crawling Behind: America’s Childcare Crisis and How to Fix It.”

Elliot Haspel is an early childhood and K-12 policy expert and the author of "Crawling Behind: America’s Childcare Crisis and How to Fix It." 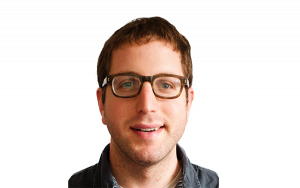