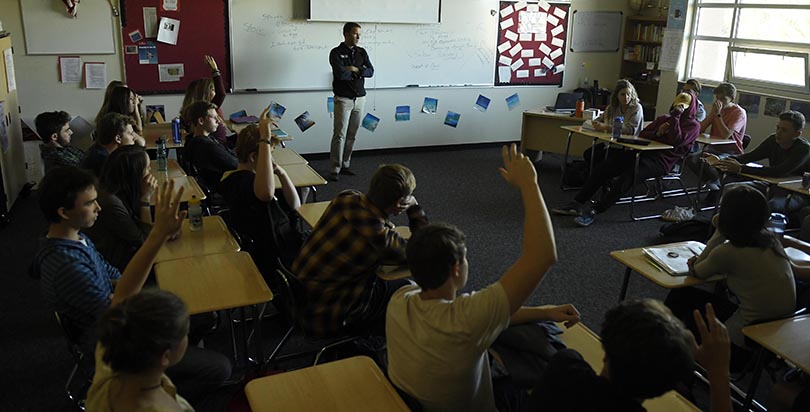 Betsy DeVos’s confirmation as education secretary has triggered intense interest over what the Department of Education will do to bolster school choice reforms like charter schools and private school vouchers.

But if the department wants to scale school choice effectively, top-down federal efforts aren’t the answer. Most critical to school choice’s success is what’s taking place at the community level. The Department of Education must recognize this — and focus on investing in promising local reform efforts.

No matter how robust a federal or state school-choice law, for such policies to work, local leaders — mayors, nonprofits, and education officials—need to have a strategy for implementation. With charter schools, this typically includes plans for launching and growing high-quality schools, attracting top-flight school leaders and teachers to manage schools and classrooms, and engaging parents and others who are most impacted by school choice.

The same would surely be true for private school vouchers, too. Without such community-driven efforts, school choice falls flat.

Consider Ohio, which has had a charter school law on the books for nearly two decades. For years, communities there lacked long-term strategies to build strong charter schools and also lacked local agents pushing for change. As a result, charters in the Buckeye State have been mostly a disappointment, with gains among charter students lagging peers in traditional public schools.

Contrast that with Indianapolis, where three Stanford University studies have found that the average charter school student makes large advancements in reading and math compared with her traditional public school peers. Because of this, Indianapolis is one of the few big cities in the nation where charter school students are progressing enough on standardized tests to close the achievement gap between urban districts and the state average. The success of Indianapolis’s charter sector has been so great that it has spurred the city’s district to create its own schools with the hallmark autonomy and accountability of charters.

How did all this happen?

Three consecutive Indianapolis mayors from both sides of the political aisle have strategically built — with robust private funding — a system of high-quality charter schools over more than a decade. At the same time, a handful of key education nonprofits have, with the support of private dollars, put the pieces in place to ensure that these schools are successful. They’ve done this through a range of efforts, from creating startup-style school incubators to attract the best education talent to Indianapolis, to hosting informational tours showcasing the city’s top schools so the community understands the impact of education-reform work.

A similar school choice success story has played out in New Orleans. Since Hurricane Katrina, nonprofit leaders in that city — in partnership with government — have worked strategically to launch new schools, help top schools expand, and create the policies that allow high-quality schools to thrive. The results so far have been dramatic: Proficiency on state assessments has doubled from 31 percent to 62 percent over the past decade. This effort, like the one in Indianapolis, was largely funded with private philanthropy, but it got a boost from a $28 million federal grant.

As these examples show, transformation is possible when local leaders work together to make school choice successful. But not every city has private philanthropic dollars at the ready to drive its success.

In light of this, the Department of Education should create a competition to fund — with federal dollars — ideas for building or expanding school choice that come from the field, not from Washington or statehouses. Targeted geographies could be cities, neighborhoods, or rural regions — whatever makes sense to the local agents proposing change.

And although today most federal dollars are available only to school districts, others – mayors, nonprofits, and other education officials – should be able to compete for the money to expand choice. Taking a fraction of the $20 billion the administration has floated for a school choice fund to create such a local-ideas competition would make a much bigger impact than the billions of dollars formulaically distributed to school districts to continue the same approaches.

This would dramatically accelerate the successes in communities across the country — and spur fresh thinking about how to improve education in places without infrastructure for change.

The evidence is clear that expanding choice without a local strategy to support its success will yield disappointing results. Investing locally will be the only way to light the way to success for students in communities nationwide, lifting up our underperforming schools from the shadow of national disappointment.

Harris, former director of charter schools for Indianapolis Mayor Bart Peterson, is founder and CEO of The Mind Trust, an education reform nonprofit focused on transforming K-12 education in Indianapolis.
Submit a Letter to the Editor
March 6, 2017