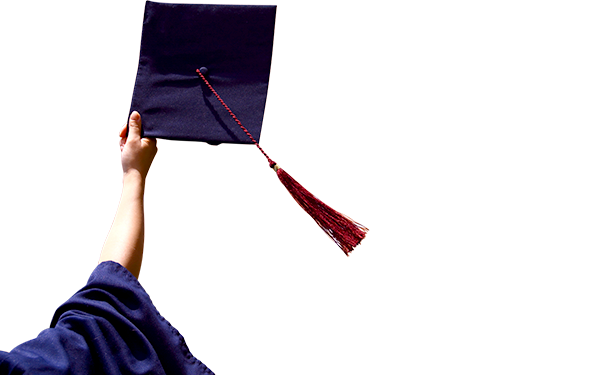 High school graduation always marks a special milestone in one’s life, but two new 90-year-old grads stole the show during their ceremony last month in Tustin, California.
As reported by CBSLA.com, Mika and George Kaihara were among the thousands of Japanese Americans forced into World War II internment camps in the 1940s, a detention that kept the pair from participating in their expected 1943 graduation.
But thanks to the efforts of a good friend, Mr. and Mrs. Kaihara received their diplomas on June 18 — some 72 years later. The inscription: “Tustin Union High School, Class of 1943.”
“It’s quite an honor,” George Kaiahara told CBSLA. “And never in my mind did I think that this would, you know, happen.”

The Kaiharas were not the only belated graduates to make headlines this summer. In Columbus, Ohio, 10TV.com reports that veteran Johnny Eastgate was finally bestowed with a high school diploma some 50 years after leaving Columbus City Schools’ Central High School to join the navy, following in his father’s footsteps.

Similarly, WSFA reports that seven Vietnam War veterans walked the stage together in Prattville, Alabama on May 29.
One state actually just voted to ensure that these kinds of graduation success stories continue into the future.
Hawaii’s Honorary Kupono Diploma program began in 2007, awarding diplomas to veterans of World War II, the Vietnam War and the Korean War as well as Japanese-American internees during World War II. KHON reports that the program was set to expire June 30, but Senate Bill 181 was passed ahead of that deadline, providing a five year extension.
Governor David Ige signed the bill into law on June 20.
Submit a Letter to the Editor
July 11, 2015

Best Education Articles of 2019: Our 19 Most Popular Stories About Students and Schools This Year