Good Deeds, Coast to Coast: 13 Inspiring Acts of Kindness That Happened at Schools in January 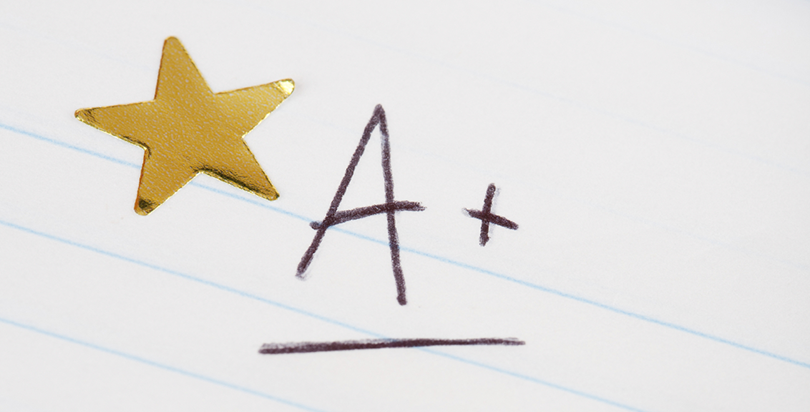 This article is one in a series at The Seventy Four which profiles the heroes, victories, success stories and random acts of kindness to be found at schools all across America. Read more of our recent inspiring coverage at The74million.org/series/inspiring.
Still digging out from the blizzard? Coping with the arctic air that has sent January temperatures plunging? Well warm your hands and your hearts with this collection of uplifting stories from schools across the country – and also be sure to check out the other January heroes we’ve profiled, from the Texas neighbors who moved an entire school in a week after it was destroyed by a Christmas tornado to the math teacher who made it possible for a colorblind high school sophomore to see color for the first time and, of course, the 90-year-old Indiana woman who crocheted 300 hats for every student at Middlebury Elementary.

Using a 50-item checklist, Whiteaker Middle School students have been challenged to do as many kind deeds as possible in one week as part of the national anti-bullying campaign, "The Great Kindness Challenge."

January 8: California veteran receives his diploma 70 years after high school education interrupted by military service — 92-year-old Harry Brady served in the Army during World War II, leaving high school to fulfill his patriotic duty. The Operation Recognition Veterans Diploma Project awards high school diplomas to veterans who did not graduate due to participation in World War II, the Korean War or the Vietnam War. Brady’s daughter submitted his application without his knowledge. He was too frail to attend a formal ceremony in November, so he was presented the diploma this month in his Rancho Cucamonga home. Here’s our recent profile of another Operation Recognition recipient, Ruben Peters: 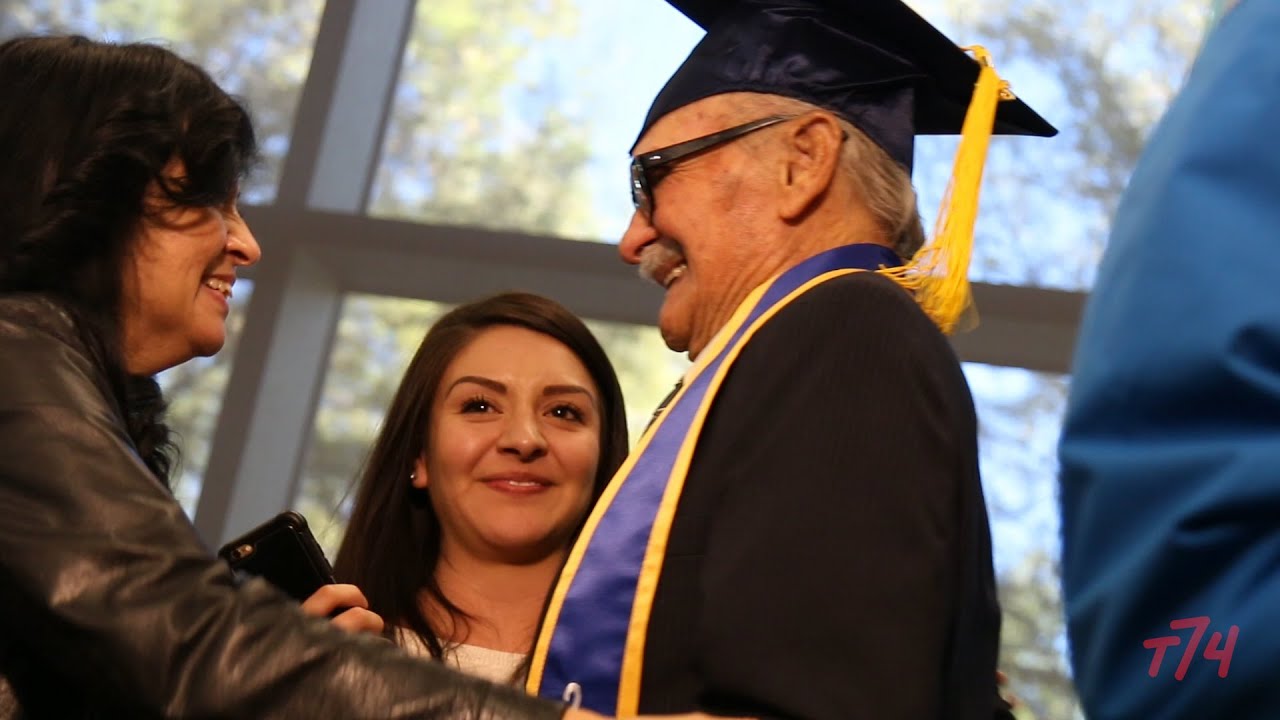 January 22: Michigan high school raises money to send clean water to Flint schools — Students at Hanover-Horton High School began collecting money during sporting events last week and will continue to do so through Jan. 29. The money will be used to purchase bottled water which will be delivered directly to Flint Community Schools. (Read more: MLive.com)

January 6: Wisconsin middle school students compete to save the world by designing sustainable cities – Twenty schools are prepping 115 teams for the Future City Competition, where the theme for 2016 is “waste not, want not.” The goal is to use engineering and math skills to create waste-free cities. (Read more: WUWM)

HERO STUDENT! A local student from Lumberton, NC is credited for saving the lives of 50 students on his bus after the…

January 13: North Carolina middle schooler saves 50 students after school bus driver collapses — Fairgrove Middle School’s Cory Lewis was riding the bus home in December when it ran a stop sign and was hit by a car. Lewis noticed that the driver had collapsed. He ran to the front and hit the brake. How did he know what to do? His mom is a bus driver, and he helps her each morning with her security checks. Thanks to her training, 50 students walked away from the accident without injury. The bus driver and the driver of the car both survived. (Read more: WJHL)
January 19: San Bernardino school security officers honored for bravery during terrorist attack — A reception was held last week to honor officers from San Bernardino Unified School District and the Fontana Unified School District. The San Bernardino officers responded to the Inland Regional Center where the attack took place. The Fontana officers responded to schools in both their district and the San Bernardino district while the community was on lockdown. Those honored responded to the accolades with humility, saying they were just doing their jobs. (Read more: ABC 7)
January 6: New Jersey teacher helps her fidgety students with new desk bands — Kaitlyn Brock doesn’t mind that her students can’t sit still. In fact, she encourages it. That’s why she arranged for Bouncy Bands, originally designed for kids with autism, to be installed on the desks in her classroom at Alexander Hamilton Academy, allowing students to dispose of pent up energy, which in turn allows them to concentrate. (Read more: NorthJersey.com)

January 22: Austin middle schooler welcomes refugee students by raising money for new backpacks — Murchison Middle School’s Liliana Sherwood has launched a fundraising campaign on behalf of refugees being resettled in Texas. Her goal: nearly $2,000, and she’s already 70 percent of the way there. She plans to use the money to buy backpacks which will be distributed by a local church organization that helps settle refugees in their community. Meanwhile, at school, Sherwood makes a point to smile and talk to refugee students when she sees them in the hallway between classes. (Read more: KEYE)

Students at Edison High School in Minneapolis extended a kind gesture Monday to help a local family dealing with a tragedy.

January 18: Minneapolis high school students deliver care packages to family of a beaten toddler — The Black Student Leadership Council at Minnesota’s Edison High School selected Martin Luther King Day to visit Raechelle Hall, the mother of a toddler severely beaten by her father. The care packages contained stuffed animals, blankets and two free meals to a chicken restaurant owned by a student’s parents. The toddler is breathing on her own again and has begun physical therapy. (Read more: KSTP)
January 21: California elementary students celebrate Thank Your Mentor Day with their high school mentors — Twenty-eight “bigs” and “littles” have been paired through a collaboration of the Boys and Girls Club, Lompoc High School and Big Brothers Big Sisters of Santa Barbara County. The young kids gave handmade cards to their mentors during a ceremony at the Lompoc Boys & Girls Club. (Read more: Lompoc Record)
January 8: Fort Worth educators increase recess time, see fewer discipline issues — Four Texas schools switched to a schedule that allows for four 15-minute recess periods per day. Inspired by the education system in Finland, which boasts some of the highest test scores in the world, experts say the key to successful recess is “unstructured play.” (Read more: Today.com)
January 1: Washington high school senior spends holiday break posting positive messages throughout her school — 2015 was a difficult year for Sultan High School. They lost a 17-year-old student to a car accident, experienced school lockdowns, and faced severe floods. Senior Cailee Landis, 18, decided that her school should start 2016 on a more happy note. That’s why she spent her winter break creating posters with positive messages and taping them to the walls of the school’s hallway. (Read more: HeraldNet)
January 12: Indiana elementary school students travel the world through virtual field trips, thanks to a Google pilot program — Dubbed the Google Expeditions Pioneer Program, students get a 360-degree view of locations such as Antarctica, Mount Rushmore and the Lincoln Memorial. A Google Cardboard viewer is connected to a smartphone, which is then worn by the student. The tech giant selected schools in Franklin and Clark-Pleasant to participate in the program, which is currently being tested in 10 states. (Read more: Daily Journal)
Have you seen something inspiring or extraordinary at a school? Share the good news with us at info@the74million and we will do our best to get it on the site.
Submit a Letter to the Editor
January 27, 2016