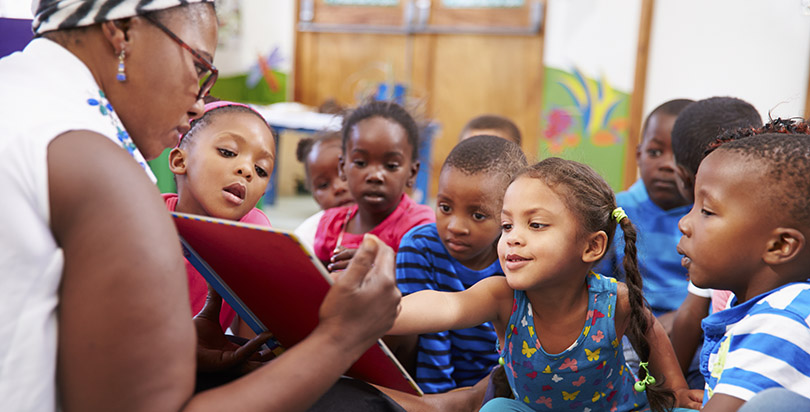 Baltimore
Education reform — at least as seen through the lens of No Child Left Behind — aimed to get all children up to a basic level of proficiency. But that focus left behind a large group of students: gifted ones, particularly those who are Hispanic, black and from low-income families.
Jonathan Plucker, a professor at Johns Hopkins University’s education school and Center for Talented Youth, calls those children the “persistent talent underclass.”
(The 74: Overhauling Gifted Ed: Schools, Feds, Researchers Race to Better Identify Top Students of Color)
“There is no question that at least 60 percent to 70 percent of our most talented students are not performing at high levels,” Plucker said at an event on gifted education and civil rights held at the Johns Hopkins School of Education. The event coincided with the release of a new report that aims to help states redesign their accountability systems to encourage schools to focus on high achievers.
The disparity is glaring on fourth-grade math scores on the National Assessment of Education Progress, a biennial benchmarking test known as “The Nation’s Report Card.” On it, 13 percent of non-poor children (as judged by eligibility for federal free- and reduced-price lunch) scored “advanced” in 2013. But among poor children, it was just 2 percent, Plucker said.
Those numbers are up from the previous decade. In 1996, 3.1 percent of non-poor children were “advanced” in fourth-grade math, versus 0.3 percent of poor students — so wealthier children are progressing at a quicker pace than their less-affluent peers.
It’s a big, seemingly intractable problem, Plucker said. But because the United States is so vast, small gains would affect a large number of children. Just closing the gap in fourth-grade math by half would mean an additional 80,000 children are performing at high levels, he estimated.
Although No Child Left Behind gets a lot of the blame for forcing schools to focus on raising the performance of the lowest achievers, the problem has persisted for years, stemming back to long before the law.
Panelists and the audience debated why schools with higher concentrations of poor children and students of color don’t offer the same programming options available to wealthier students. Suggested reasons ranged from lingering school segregation to income inequality to a general American anti-intellectualism.
Michael Petrilli, president of the Fordham Institute, chalked it up at least in part to a belief within education circles decades ago that gifted programming was just a cover for racist “tracking” systems that put white students apart from and ahead of students of color. Wealthier suburban parents demanded that the programs be reinstated, but they haven’t returned to urban districts that educate large numbers of poor and minority children, he said.
Ultimately, said James Moore, a professor at Ohio State University, it comes down to inherent belief in all children: “I don’t think our country really believes that great minds come from every ZIP code.”
The event coincided with the release of a report by the Thomas B. Fordham Institute, “High Stakes for High Achievers,” which argues that No Child Left Behind curtailed growth options for high-achieving, low-income students and that states should use the new Every Student Succeeds Act to better serve those children. (The 74’s Kate Stringer worked on the report as an intern at Fordham.)
“We have this really remarkable opportunity right now to have an impact on how states signal to schools whether or not high-achieving kids matter,” he said.
The report makes four recommendations for state school accountability systems:
• States should reward schools that get students to “advanced” levels on standardized tests, as opposed to just “proficient.”
• States that utilize student growth measures to determine how much academic progress students make over time should judge schools by the growth of all students, not just those failing to meet proficiency benchmarks.
• Gifted students should be identified as a subgroup and their results reported separately.
• Growth for all students should count for at least half of a school’s rating.
Only four states — Arkansas, Ohio, Oregon and South Carolina – have “truly praiseworthy systems,” the authors wrote.
Submit a Letter to the Editor
September 8, 2016

Closing San Antonio’s Digital Divide: In the City’s Poorest and Most Segregated Neighborhoods, Public School Students to Get In-Home Internet