Fuller: To Truly Honor Dr. King, Teachers Must Fight for Justice Beyond the Schoolhouse Doors for Their Poor Black Students 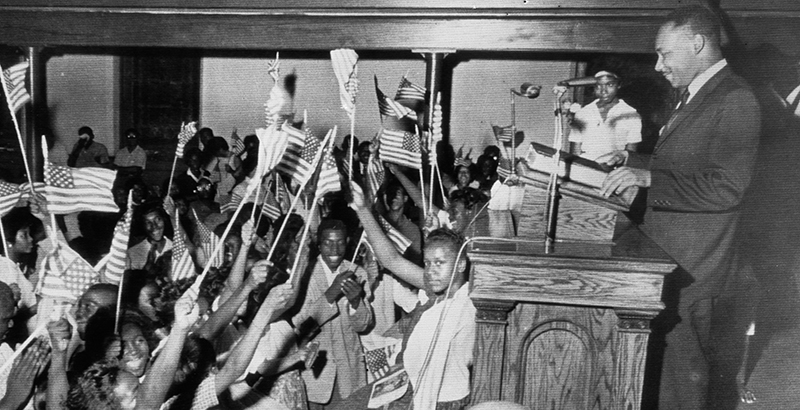 Hundreds of students greet Rev. Martin Luther King (R) at the St. James Baptist Church in 1963 after it was learned that a federal judge, Elbert Tuttle of Atlanta, had enjoined the city school board from expelling the students for participating in demonstrations. (Photo credit: Getty Images)

Martin Luther King Jr. was assassinated April 4, 1968. Since that time, much has been written and said about this “drum major for justice.” In my view, there seems to be a conscious or unconscious process at work to create a sanitized notion of this great man.

We hear a lot about the power of his intellect, the man who spoke of his powerful dream, the man who believed in nonviolence, the man who preached about love. He was indeed intellectually gifted, but he was not abstract. He was a dreamer, but primarily, he was a doer. King was indeed nonviolent, but he was not passive. He preached about love, but he connected it to justice. He stated, “The Negro needs not only love, but also justice. Love that does not satisfy justice is no love at all. It is merely a sentimental affection, little more than what one would have for a pet.”

King did not just discuss the importance of justice; he fought for it. He was a man who could have lived a comfortable life. But, instead, he chose to raise his voice, to use his intellect, and ultimately give his life fighting for justice for black people, indeed for poor people of all colors.

If we are going to use the 50th anniversary of his assassination to recognize him or, indeed, to honor him, the only way to do that is to continue his fight for justice for the poor and the powerless in our society. Education is the area I have chosen for my work. In doing so, I recognize that the needs of all children are important, but I am concentrating on how to help our poorest children, and as a black man I have a particular focus on poor black children. Like King, I believe these children, in particular, deserve justice. 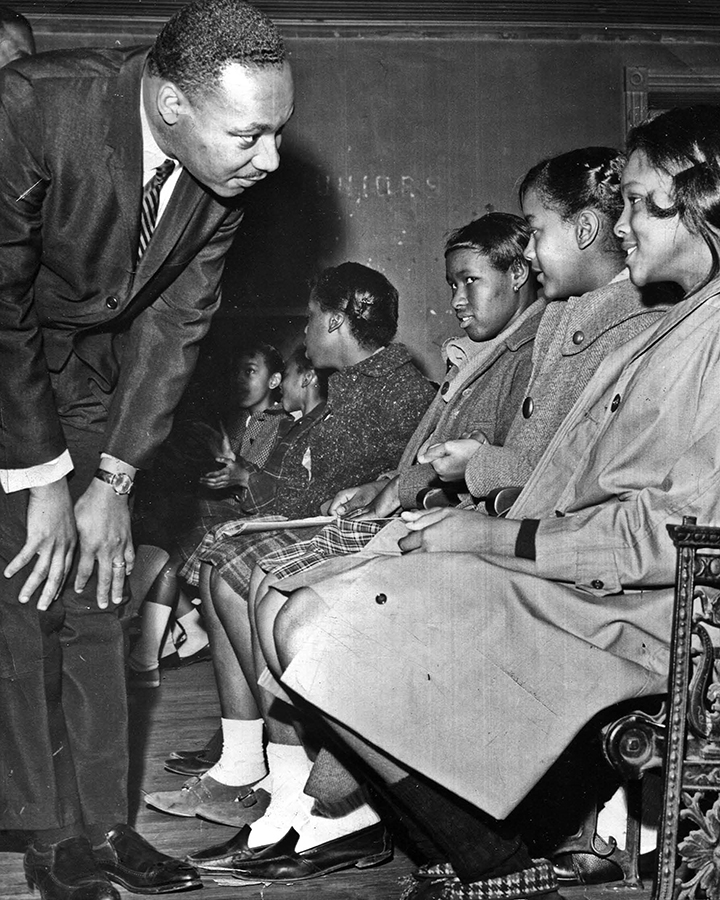 Martin Luther King Jr (1929 – 1968) bends down as he speaks with a group of schoolgirls in a classroom, January 1960. (Photo credit: Afro American Newspapers/Gado/Getty Images)

It is my firm belief that black children who live in communities where their lives do not matter to the police, politicians, or members of their own community will fall victim to traumatic circumstances that will have a tremendous impact on them for the rest of their lives. Children who are hungry cannot learn. Children who are abused and neglected will find it more difficult to concentrate in school. Children who have witnessed violence in their families and in their communities will not always be able to control their hurt and their rage.

As educators, to truly bring justice to the lives of these children, we must go beyond just fighting for parent choice, for charter schools, for new school designs, or innovative traditional school districts, new teaching and learning practices, etc.

We must recognize that true education reform does not begin or end at the schoolhouse door.

If we are truly going to honor King, we must be willing to fight for laws, policies, and practices that impact our students’ lives every day. We must not back away from: supporting the importance of mental health services for our students who need that help; fighting for living-wage jobs for the families of our students; advocating for decent housing; resisting efforts to curtail people’s right to vote; speaking out against racially motivated violence against black people by the police; standing with them as they fight for changes in the gun laws in this country.

If we are going to honor King, we have to do better at putting ourselves into the shoes of the students entering our classrooms. We need to respect these students and provide a caring, nurturing environment that will help them see the benefits of education and encourage them to want to learn. “No excuses” cannot and must not mean no empathy. If a student slept in a car the night before, that is not an excuse; that is a reality, a reality that will impact his or her ability to learn. Yes, we must teach them, but, if we are to infuse anything into our lives from King, we must approach all children with love and understanding to help them overcome the challenges of living in a world that often provides no love and no caring about their well-being.

We are all in this fight because we know our kids deserve better. We know that education is the only real lever of change they have to create a better life for themselves and, ultimately, their children. Trying to bring even a measure of justice to these children requires us to not just quote King’s words, but to rededicate ourselves to picking up the torch he passed on in the continuing struggle for social justice.

Dr. Howard Fuller is a distinguished professor of education at Marquette University.