For 14 Months Now, I’ve Begged NYC to Help My Son’s Failing School — and No One Will Listen 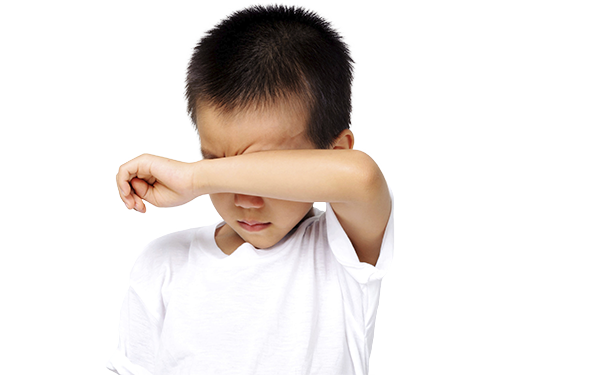 It’s frustrating to listen to Chancellor Carmen Farina talk about the state of New York City public schools, because the school system she talks about in press conferences is so far removed from the reality that so many kids face every day.

My son attends P.S. 289 in the Crown Heights section of Brooklyn, a chronically struggling school where just one in four children are passing the state’s math and English Language Arts proficiency tests. I constantly worry about his academic needs — the school’s curriculum, the lack of accountability within the classrooms, the poor quality of his teachers and the ongoing need for additional instruction time for his struggling classmates. I’m not alone in my concerns that the children in my community are not receiving a quality education. In fact, a group of P.S. 289 parents have come together to demand change.

We have been working with the education organization StudentsFirstNY for over a year now to try and engage the school’s administration — to try and improve the school — but we have faced roadblock after roadblock. We have pleaded with the New York City Department of Education to intervene, but officials dismiss our concerns.

Mayor de Blasio and Chancellor Fariña claim to care so much about the people in communities like ours, but let me tell you: Out here, when you see what’s been allowed to happen at P.S. 289, it sure doesn’t feel that way.

Here’s just a quick sampling of what I’ve had to deal with at my son’s school. (If you’re a parent, ask yourself how you’d react to this kind of treatment.)

On November 18, 2014 — yes, 2014 — a group of P.S. 289 parents and I tried to tour our children’s school to identify problems and what could be easily fixed. We had set up the tour with the school’s official parent coordinator, but when we got there, everyone was sent to the auditorium and a very rude parent coordinator instead tried to get us to leave the premises. But we stayed, saying we had made an official appointment, and an hour later finally met with then-Principal Jeffers who reluctantly rushed us through the school. He did not let us into any classrooms and refused to allow us to observe instruction. Why? He claimed the teachers union contract didn’t allow it.

As we walked the halls, this is what the parents did see: bulletin boards without student work, a science class where students were all watching television, and classroom after classroom of students looking bored, disengaged, and desperate to leave. The way school staff looked at and spoke to the students — not to mention the parents — was unprofessional. Rather than engaging our concerns, the principal made excuses for the poor quality of teaching and the lack of learning, and suggested we work with the PTA if we still had issues with the lack of quality teachers.

Over the next few months, other parents at the school made more attempts to engage with the administration and the PTA only to be shut out at every turn. For instance, the following April two current and two former parents of P.S. 289 students attempted to attend a PTA meeting to express concerns but were denied the chance to talk by the verbal intimidation of an unprofessional PTA president. Earlier that day, the same parents were met with disrespect and rude indifference as Principal Jeffers got in his car mid-conversation and drove away.
A couple months later in June, a group of frustrated parents decided to hold a small march to the school to voice our displeasure with the many failures at P.S. 289. This was supposed to be a small demonstration of peaceful, civil disobedience, but the school actually called the police. Parents were nearly arrested, before cooler heads prevailed.

In July, I joined other concerned parents in conducting a letter writing campaign to the chancellor, begging her to get involved, to take action and save the kids trapped in P.S. 289. Several weeks later, I received a dismissive letter from the chancellor’s Strategic Response Team that not only failed to address our concerns but went so far as to suggest that we never tried to connect with or engage Principal Jeffers.

This is apparently how New York City responds to desperate pleas for help with their troubled school: Blame the parents.

Why would we fabricate our attempts to engage our principal? I take great issue with the suggestion made in that letter that we are liars and exaggerators. Since that letter, Principal Jeffers was replaced for this school year, but the problems at P.S. 289 continue.

So I write today with a simple question for parents and city leaders: How many months of platitudes do we have to put up with from the head of the school system before our concerns are taken seriously? How many years?

How loud do you have to shout before someone finally pays attention to the outer boroughs?

How many obstacles will they try to put in our way in the hopes that we give up. Shut up. Go away.

I am fighting for my child. For his education. For his right to an education. What is happening at P.S. 289 is wrong and I refuse to give up.

I demand to be heard.

The parents of P.S. 289 are fed up with being ignored and we want to know what the chancellor is doing to improve the conditions of our school. It is time to hold our system accountable for its failure to educate our children. Our kids deserve a quality education just as much as kids in wealthier neighborhoods. As the kids of Chancellor Fariña’s neighbors.

Please help share my story, please help me get an answer to this very basic question: Chancellor Fariña, what are you doing to fix this long-struggling school for my son?

Are you a parent frustrated with your child’s school? Have you encountered roadblocks in reaching out to school or city officials? Share your story at info@the74million.org.

Mr. Rudolph is the parent of a student who attends P.S. 289 in New York City