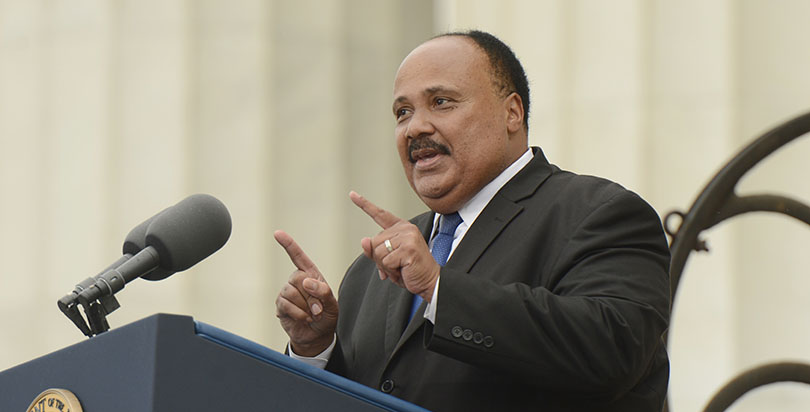 Parents say they aren’t surprised by a third attempt to take down Florida’s tax credit scholarship program, but optimism seems to trump fear.
“It’s not unexpected because we knew they had the option to appeal,” said Linzi Morris, a mother of six. Morris’s three youngest children attend private schools in Tampa using the scholarship. “Though you would hope they would let it go, they have that option and they have that right. We’ll keep pushing and keeping on.”
The Florida Education Association (the state’s main teachers union), the state’s NAACP branch and other plaintiffs asked the state Supreme Court last week to hear their lawsuit challenging the legality of the state’s tax credit scholarship program.
The program gives money to low-income students to attend private schools; the majority of those served are students of color. Many have asked the plaintiffs — particularly the NAACP — to drop the suit, arguing that it gives families a choice to escape failing schools.
“We are very disappointed that the union will continue its effort to evict over 92,000 poor, mostly minority children from schools that are working for them,” said Bishop Victor T. Curry of Save Our Scholarships, according to Sunshine State News.
(Stay updated on the lawsuit and other education news with The 74 newsletter)
Twelfth-grader Natalie Barrios has been using the scholarship to attend La Progresiva Presbyterian School in Miami since sixth grade. She said she and her classmates get worried about the ongoing litigation.
“Over there, they don’t give you the attention you need,” she said of the public school she used to attend. “Over here, it’s like a family.”
While the scholarship program may be working for some students, academic measures have shown stagnant test scores. Opponents argue that the schools aren’t subject to the same accountability measures as public schools and shouldn’t receive indirect financial support from tax dollars.
Barrios said she considered dropping out of school last year to get a job because her mom was sick. But she said her principal at La Progresiva, Melissa Rego, convinced her to stick around because getting a high school diploma improves her chances of landing a better-paying job.
Rego said many parents at her school don’t know about the lawsuit yet. She’s a little worried for her students, but she adds, “If it needs to go to the Supreme Court, it needs to go to the Supreme Court, because this will end it once and for all.”
Since the lawsuit was first filed in 2014, two courts have dismissed it, arguing that the plaintiffs cannot prove injury from the program, which gives corporations dollar-for-dollar tax credits for donations to the scholarship fund.
Hernando County parent Wevlyn Graves, whose son attends a private school using a tax credit scholarship, said other parents at the school are concerned about the most recent lawsuit. She said this school year marks the first time many families have used the tax credit scholarship, and the uncertainty of whether the tuition support could vanish makes some anxious.
Graves, though, said she is not worried and tries to reassure other parents.
“This is going to take awhile for this to even process through,” Graves said. “At this point, I don’t feel that any judge on this earth is going to actually make a judgment call that’s in the plaintiffs’ favor.”
The plaintiffs argue that the scholarship program harms public schools by draining enrollment and taking tax dollars from the public coffers.
“We’re frustrated that the court will not even allow us to argue the merits of this case,” said FEA President Joanne McCall in a statement. “A decade ago, the courts ruled that a previous voucher scheme was unconstitutional. They should examine this voucher plan as well.”
The earlier voucher program, begun under then-Gov. Jeb Bush, distributed public funds for students in failing schools to use toward private school education. It was ruled unconstitutional in 2006.
The current program was expanded in 2014 by increasing the dollar amount given — now close to $6,000 a year — and providing partial scholarships to families with incomes up to 260 percent of the federal poverty level.
(Read More: Meet the people calling Florida’s tax credit scholarships a civil rights battle)
Florida Branch NAACP President Adora Obi Nweze said that because not all children can attend a charter school or obtain a voucher, it is not a policy the group can support, according to Politico Florida.
Submit a Letter to the Editor
September 19, 2016