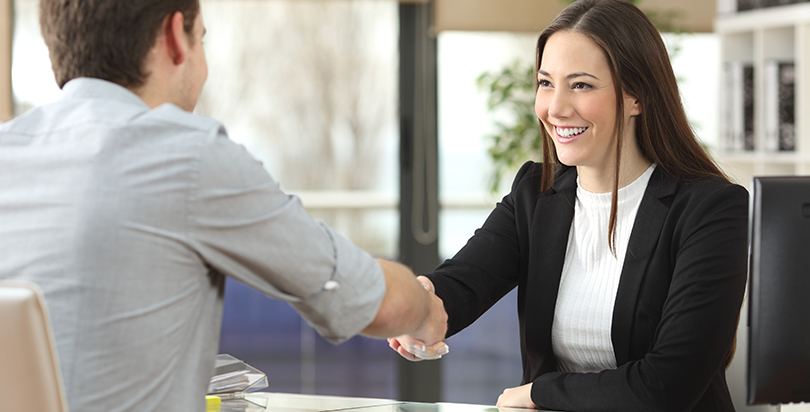 In an effort to modernize school systems, communities around the country are beginning to revisit what graduating from high school should really mean. Some are doing so by creating an ideal “profile of a graduate,” articulating the range of skills and habits a successful high school graduate ought to possess.

The organization EdLeader21 has begun to curate a gallery of emerging profiles from around the country and provide tools to school systems hoping to create their own. A great synthesis of these initiatives lives on its new site, Profile of a Graduate. If you haven’t already, it’s worth a look.

These new visions mark a promising first step to updating our century-old school system. Innovations grow along the metrics by which we hold them to account. And the emergence of multi-dimensional graduate profiles hints that schools are evolving beyond using average test scores as the sole metric guiding K-12 school reform.

But skimming through these new and expanded definitions of success had me at once excited and worried. Amid a number of bold metrics, a crucial ingredient remains missing from most emerging profiles of what makes for a successful graduate: his network.

A student’s network — both his access to strong- and weak-tie relationships and his ability to mobilize those relationships — can drive his access to opportunity in postsecondary life and beyond. Indeed, an estimated 50 percent of jobs come through personal connections. Not to mention, access to networks has been shown to shape everything from health outcomes to investment prospects over the course of adults’ lives. In the shorter term, access to formal and informal mentors can have real impact on students’ engagement in school and success in postsecondary pursuits.

These assets are particularly crucial for schools worried about equitable outcomes among their graduates: Like the skills gaps plaguing our education system, there are likewise network gaps. Given external forces such as increasing residential segregation and disparate enrichment spending, much as some students find themselves on the wrong side of stubborn achievement gaps, many find themselves on the wrong side of mentor gaps as well.

In light of schools’ core academic focus, it’s hardly surprising that emerging profiles of graduates lean far more in the direction of measuring what students know and can do, not whom they know. And this, of course, doesn’t mean that school leaders and communities are ignoring the social components of opportunity entirely.

Many of the school systems profiled by EdLeader21 have incorporated squarely social factors. For example, Fairfax County portrays a graduate as a communicator, a collaborator, and an ethical and global citizen. These suggest that a bevy of inputs for creating a successful graduate may hinge on access to positive and diverse relationships as well as practice in interacting with a wide range of peers and adults.

Yet from the standpoint of innovation theory, metrics matter. Tremendously. If relationships are a core component of opportunity, why not treat them as a 21st-century outcome unto themselves?

Alternatively, if our notion of an ideal graduate does not include a strong and diverse network, we’re likely to find ourselves routinely underinvesting in relationships. That’s because in any cash-strapped system, interventions will tend to regress to the most efficient means of accomplishing the desired ends, which can mean finding ways to minimize the role of human relationships where other cheaper modes can intervene and still yield positive results.

Particularly given the rise of technology-enabled interventions, relationships may get lost. We’re already seeing this tendency take root with the rise of chatbots in higher education. A recent study of Georgia State’s partnership with AdmitHub — a student-facing mobile messaging platform — found that chatbots could produce promising gains against key retention metrics, including increases in loan acceptance and orientation attendance rates as well as decreases in “summer melt,” among others.

The irony to this approach, however, is that it risks gradually lessening college students’ reservoir of relationships. And while those may not have bearing on metrics like loan acceptance, they do matter relative to longer-term metrics like job prospects. The smaller, narrower, and more homogenous a student’s network is upon graduating, the fewer opportunities he stands to access in the labor market. Moreover, the fewer adult or near-peer supports he nurtures over the course of college, the fewer resources he’ll be able to turn to if something unexpected or out of his control — an accident or a health scare, say — occurs.

The same could and should be said of high schoolers. Amid arming 21st-century high school graduates with all sorts of hard and soft skills that modern life and work demand, we should also aim to arm them with a strong, reliable, and diverse network.

What might this look like? From an outcomes perspective, schools could begin to evaluate the strength and breadth of students’ networks by using survey tools that measure a student’s social assets by prompting students to generate lists of connections (dubbed a “name generator”) as well as surveys that identify what sorts of adult professionals students do or don’t know (e.g., “Do you know a nurse? Do you know a CEO?”).

Schools could also deploy measures of the strength of ties inside a school building by mapping relationships between students and adults. If schools attended to these outcomes, then they would find themselves doubling down on access to relationships as well as nurturing both caring ties inside of a school building and cultivating diverse networks of mentors, experts, and role models beyond the building.

Updating arcane seat-time-based graduation requirements and aligning graduate profiles to 21st-century skills marks an important first step in steering the education system in the right direction. But as we look ahead to boosting high school graduation rates and invest in rethinking what those rates actually represent, we should be wary of perpetuating the tendency of education systems to relegate relationships to the status of inputs, rather than outcomes.

Instead, we should start to measure and maximize graduates’ access to networks. That way, we’ll be situating our portraits of graduates in the social context in which they’ll be expected to thrive and compete.