Fisher: 2 New Books Reveal Shocking Lack of Supports for High-Needs Students at High Schools & Colleges. What Can Be Done About It? 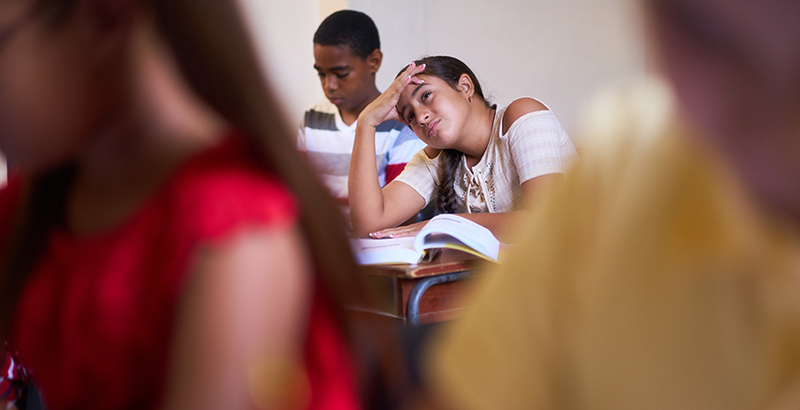 All too often, America’s most disadvantaged high school and college students are left to their own devices to navigate a byzantine, confusing and, in many cases, unjust education system. How might we do better?

There’s a fair amount of consensus that low-income, minority students deserve more guidance resources and navigation supports. But the temptation to diagnose the problem as a shortage of resources alone masks the bigger picture. Two new books out this year offer compelling data suggesting that simply pumping more resources into current guidance and support systems will prove woefully insufficient. Instead, high schools and colleges need to fundamentally reimagine the relationships and support structures they put in place for students furthest from opportunity.

Persistently abysmal student-to-guidance-counselor ratios are often cited as the crux of high schools’ guidance shortcomings. University at Buffalo sociologist Megan Holland set out to explore the actual relationships, not just the ratios, between students and their counselors. Her book Divergent Paths to College chronicles her multiyear study at two racially and socioeconomically diverse high schools. At both, the vast majority of students, regardless of their background, declared that they had every intention of attending and graduating from college. But Holland identified troubling patterns in unequal social capital brokered through guidance offices. Specifically, she found that counselors offered vastly disparate advice and connections to students from different backgrounds.

These high schools also systematically offered affluent students more advantageous relationships with peers (via course structures like honors and Advanced Placement courses), counselors (via optional and informal advisory structures) and college admissions officers (via invitation-only or less-advertised college events). Perhaps most telling, Holland found that less-advantaged students and their middle-class counselors had misaligned expectations, which appeared to contribute to overall lower rates of trust. For example, counselors expected students to solicit informal support when they needed it, even though children from low-income backgrounds tend to pursue formal routes to getting advice. That lack of trust also fed off of and into misunderstanding and outright bias: If less-affluent students engaged less frequently with counselors (with whom they had lower levels of trust), counselors sometimes construed those behaviors as less motivated and engaged without understanding the root cause. This, in turn, meant counselors opened fewer doors for those students.

It’s widely acknowledged that similar patterns of incomplete and ill-fitting supports persist into our postsecondary systems. But the particulars of who needs what are often glossed over. In his book The Privileged Poor, Harvard sociologist Tony Jack looks under the hood, recounting the myriad ways that low-income students, who are overwhelmingly students of color, experienced the relationships and resources — or lack thereof — at an elite university. Jack’s methodology reveals that not all students who hail from similar family backgrounds find themselves in similar straits. He identified a subgroup of low-income students he dubbed the privileged poor who, often by luck of attending a private high school (as Jack did himself), arrive on campus equipped with the cultural and social capital to navigate a set of unspoken rules and norms of elite education, in turn leveraging an array of on-campus resources.

This doesn’t mean they need fewer financial supports or wouldn’t benefit immensely from more. But Jack found that their similarly low-income counterparts who did not experience the social and cultural dimensions of an elite high school education struggled far more to hit their stride. These “doubly disadvantaged” students routinely reported feeling more adrift and far less supported on campus, often coming up short in searching for financial, social and academic assistance or not feeling empowered or entitled to seek it out in the ways their more privileged peers did.

Jack’s research reveals a bevy of blind spots in how higher education conflates these two low-income groups. Colleges fail to understand and effectively step in to support low-income students in general, and the doubly disadvantaged in particular. Even long-standing structures illustrate the phenomenon: Professors routinely told their classes when office hours were, but failed to explain what they were. Students who had experience seeking out help — and even building rapport with instructors beyond academic content — knew what their professors were offering. But doubly disadvantaged students were far less likely to attend office hours or understand their unspoken value. (It’s hardly surprising, then, that according to national survey data, first-generation and minority college graduates are less likely to report having had mentoring relationships with their professors.)

A better path? Navigation, guidance and support integrated around each student

Read together, Divergent Paths to College and the Privileged Poor are as much a mirror of the institutions they studied as they are a mirror of one another: High schools and colleges alike are ill-equipped to serve students equitably when it comes to brokering social supports that foster a sense of belonging and arm students with the information and experiences that could help them thrive. The books also reinforce one another: Jack’s findings reiterate Holland’s hypotheses about the game-changing ways in which relationships and information brokered in high school can shape students’ postsecondary trajectories. Those students who benefited from supportive and well-resourced high school experiences found themselves at a distinct advantage in college.

There’s another common thread in the authors’ conclusions: the dire effects of not ensuring greater access to the social capital and supports that shape access to opportunity — sometimes in invisible ways.

To furnish students with that social capital, schools need a different infrastructure that moves beyond simply more guidance counselors or office hours. An integrated approach is necessary for delivering holistic, personalized supports that will yield the greatest success for the student populations Holland and Jack studied. Put simply, efforts to fundamentally reimagine guidance, navigation and support should be modeled as something that institutions wrap around students, not that students have to (ironically) cobble together and wrap around themselves.

Knowing students’ circumstances (rather than merely their demographic traits) would allow guidance and student support offices to leverage resources the students may have brought with them to college and match them with appropriate academic and nonacademic resources. The best efforts can borrow from promising integrated student support models that put authentic, trusting relationships and personalized supports at the center. In turn, high schools and postsecondary institutions can start to ensure that students have a web of support that is responsive to their circumstances, not merely their demographic labels or a prefabricated set of interventions designed for a different era.