Unless you’ve been living under a rock (which is perhaps understandable during this vitriolic election season), you are probably aware of a battle happening in Massachusetts this fall over charter schools.

Ballot Question 2, if passed, would authorize 12 new public charter schools to open their doors each year, lifting the cap on the number of charter seats available to students in underserved communities in the commonwealth.

The primary point of contention in the debate so far is about money: how public charter schools are funded, and whether they hurt traditional public schools. Eclipsed in all the back-and-forth over the funding formula, however, is almost any conversation about one of the charter movement’s primary objectives: to demonstrate new, effective ways of educating students and operating schools.

Not every innovation charters have tried has led to success, but some practices have yielded outstanding results for students and deepened our field’s understanding of what works in the classroom, particularly for students living in poverty.

Harvard researcher Tom Kane, for example, wrote recently in Commonwealth magazine that “oversubscribed charters in the Boston area are closing roughly one third of the black-white achievement gap in math and about one fifth of the achievement gap in English—in a single school year.”

Has the education community fully mined this achievement to identify and share what is working?

In some cases, successful practices, such as longer school days and greater principal autonomy to hire and assign teachers, have been identified and incorporated by schools and districts. But too often the sharing of best practices falls short — stymied by the political rift between charter and district communities, or simply by a lack of effective communication or investment in sharing.

Whether Question 2 passes or not, it is time to focus systematically on broadcasting the learning and innovation generated by successful charter schools and packaging it in ways that can benefit teachers and students everywhere.

One clear area where many charters have lots to share is in curriculum development. The most successful charter schools have worked hard to develop and hone their own curriculum and assessments. In these schools, lesson plans are carefully mapped to standards, scrutinized by teams of teachers and modified frequently based on evidence from student performance in the classroom.

Meanwhile, the demand for quality materials is clear. A 2016 study by the RAND Corporation found that the vast majority of teachers in America develop and select their own materials, primarily seeking guidance through sites like Google and Pinterest (the study found that roughly 90 percent of elementary teachers seek materials from these two sites).

While there has been an increase over the past decade in free materials made available online to the public, quantity is not quality. Educators need to be able to easily find and adopt strong resources grounded in practice and high student achievement.

At Match, we’ve made sharing our curriculum an organizational priority — last August we launched a new website, Match Fishtank, where teachers can view, download and share the curriculum we use every day in our schools. We started with a few courses (seventh-grade English and math and ninth-grade English) and will add more courses as we learn from educators what they find useful.

Other charter schools are also taking steps to make their curriculum available. The Edward Brooke schools in Boston and Achievement First, for example, recently put their course materials online. Like these networks, Match is betting that creating glass walls — radical transparency — is the best way for others to benefit from the investments we’ve made in curriculum development.

(The 74: Whitmire — America’s Best Charter School Doesn’t Look Anything Like Other Top Charters. Is That Bad?)

In addition to sharing our curriculum, Match is also experimenting with all sorts of ways the internet allows us to deliver what we’ve learned about teaching, training teachers and operating schools. One example: We’ve spent a decade training and coaching rookie teachers. Now, we’re sharing what we’ve learned through short animated videos called Match Minis.

We’ve been impressed by the interest and demand for this information from around the globe — in just a few months, 10,000 people from 144 countries have viewed our Minis. We aren’t alone in sharing our lessons learned, but we are experimenting with different ways to package and deliver what we know.

Critics will say that watching a video or downloading a curriculum and lesson plans won’t transform practice. Some critics will also say, “That won’t work in my school.” But knowledge is the key ingredient for change, and many of the practices and curricula we are sharing can be implemented in any school.

In the fraught battle over Question 2 in Massachusetts, which seems to be deepening the wedge between the two sectors, let’s not overlook the desire on behalf of educators and leaders at district and charter schools to get the best results for students. To address the challenges of educating all students, we need to invest more in efforts to share best practices and educational resources across the charter-district divide.

There is common ground between charter schools and traditional schools, if only we are committed to finding it. 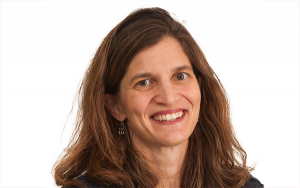