Feeling the Bern: Will Bernie Sanders Become Head of the Senate’s Education Committee? 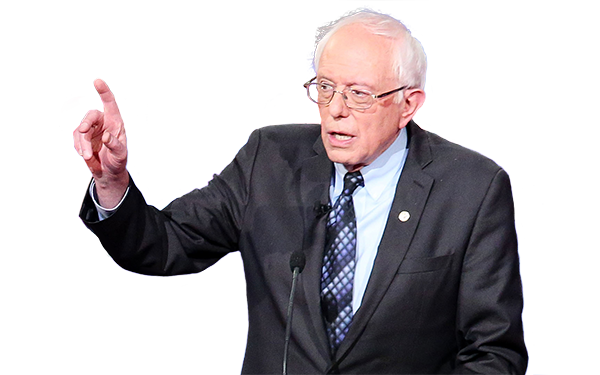 It turns out that the annoying 19-year-old bro in your Facebook feed may have been on to something: Surprise presidential hit Bernie Sanders and his self-described democratic socialist platform could actually have some real impact on America’s future.

There’s a not-insignificant chance that Sanders will become chairman of the Senate HELP Committee — Health, Education, Labor and Pensions — when the new session of Congress begins in January. That would give him sway over areas that were vital flash points for his campaign, including an overdue rewrite of the Higher Education Act.

To be clear, a number of things would have to break just right for Sanders to take over as chairman — not the least of which being the Democrats regaining control of the Senate. Democrats would have to take four seats if Hillary Clinton becomes president, five if Donald Trump wins (because the vice president breaks any 50-50 tie in the Senate). That’s certainly possible — two seats currently held by Republicans are likely to be won by Democrats, and six others currently in GOP hands are considered toss-ups.

Then, Sen. Patty Murray, currently the top-ranking Democrat on HELP, would have to vacate her position. This seems likely, as she is widely expected to take the helm of the powerful Appropriations Committee, which decides how to dole out federal dollars every year.

Sanders would also have to decide not to exercise other options, such as remaining the top Democrat on the Budget Committee or taking the helm of the Environment and Public Works Committee after a series of retirements and moves by other senators. The Budget Committee could be the venue for changes to entitlement programs or taxes, but the panel’s ability to influence much legislation is limited, particularly as Congress has gone several years without passing a budget. The Environment and Public Works Committee could be extremely appealing to someone who made climate change a huge issue in his presidential bid.

If Sanders doesn’t take the top spot at HELP for the Democrats, the position would likely go to Sen. Bob Casey of Pennsylvania.

The possibility to influence policies so associated with his candidacy — universal health care, the minimum wage and college costs in particular — could make the HELP Committee an easy choice for Sanders, said Jim Manley, a lobbyist who previously served as an aide to Senate Democratic leader Harry Reid and to the late Ted Kennedy, who once chaired the committee.

“Conventional wisdom, and my own gut, believe he would relish the chance to become the chairman of the HELP Committee,” Manley said. “Some of these issues are very much in his wheelhouse, and I think he’d like the chance to broaden his horizons.”

Any official comment from Sanders isn’t likely to come until after the election — Murray didn’t announce that she’d take the top spot for Democrats on HELP until December 2014, after former chairman Tom Harkin retired.

(The 74 Interview: Sen. Tom Harkin on Endorsing Clinton Early and Why He’s Wary of ESSA)

If he took the chairmanship, Sanders would join a long line of liberal and progressive Democratic HELP leaders: Murray, Harkin and, for 22 years starting in 1987, Kennedy.

Murray negotiated major compromises on the budget and the Every Student Succeeds Act. In contrast, Sanders’s big achievement reaching across the aisle was a bill overhauling veterans benefits — which failed the first time and involved an issue far less partisan than those he would likely face on HELP.

The K-12 tiger, the Every Student Succeeds Act, is tamed for the time being, and other issues, such as Clinton’s promised expansion of pre-K, can be dealt with through spending bills, so higher education would likely be first on Sanders’s docket.

Whatever Sanders might propose, he would first have to work with Democrats, not all of whom are on board with his proposal for free tuition for all at public colleges and universities. Clinton’s plan, by contrast, would limit free tuition to students from families earning less than $85,000, a cap that would rise to $125,000 by 2021.

“The challenge for him would be: Could he put aside his passion for his plan and work with all the Democrats on the committee and come up with something they all could agree to?” Barone said.

Then, of course, he’d have to work out a deal with Republican senators before his plan could move in the House, which is more likely to stay in Republican hands than the Senate.

Any compromise has been exceedingly difficult to come by in recent years, Manley said, noting that Sanders’s GOP counterpart, Sen. Lamar Alexander, has been open to negotiation.

“Hope springs eternal, but we’ll have to wait and see,” Manley said.

In the end, Sanders’s successes will come down to whether he can temper the very things that catapulted him to national fame in the first place: his very left-of-center policy positions and his fiery, unyielding speeches touting them.

“He’s typically been more of a purist, and it’s not clear whether he could adapt,” Barone said.