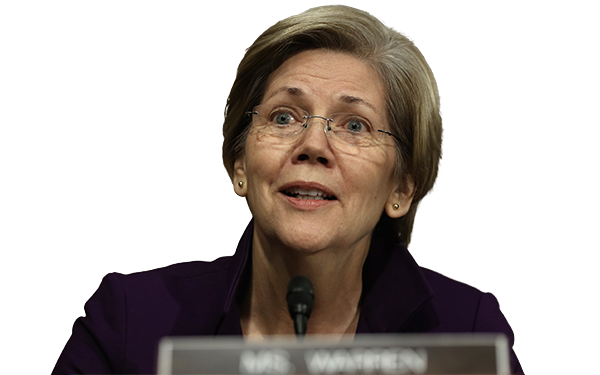 The Every Student Succeeds Act, signed into law late last year, ushered the United States into a new era of education policy.
Gone are the highly qualified teacher regulations and one-size-fits-all school metrics. Annual testing will continue, with student results reported by race, income, gender, and disability status, among other categories. States will be required to intervene in only a few circumstances, leaving districts with most of the responsibility to fix schools that aren’t getting results.
And on it goes for nearly 400 pages.
Yet as a Tuesday hearing on implementing the new law made clear, ESSA has perhaps raised more questions than it has answered, leaving educators and advocates unsettled. How quickly and strongly the federal government should move to write regulations and issue guidelines around the new law was sharply debated between members of the Senate Education Committee and witnesses representing state and local government and school system leaders.
Sen. Lamar Alexander, committee chairman and ESSA’s chief architect, defended the shifting of power from Washington to states and districts that ESSA envisions, repeating his frequent assertion that the Education Department should not function as a “national school board.”
“A law that is not properly implemented isn’t worth the paper it’s printed on,” he said.
He touted a Feb. 10 letter by a coalition of national interest groups representing governors, superintendents, teachers, state legislators, school boards, principals and others to U.S. Education Secretary John King asserting their status in implementing the new K-12 law.
“ESSA is clear,” the letter says. “Education decision-making now rests with states and districts, and the federal role is to support and inform those decisions.”
David Schuler, superintendent of schools at Township High School District #214, in suburban Chicago and president of the national superintendent’s association, actually laid out some dos and don’ts at the hearing, urging the feds to “use restraint” when issuing guidance and requesting data.
The department shouldn’t, for example, request data that is similar to a set already requested by a state education department, he said. Nor should it ask for data in the summer, when some schools, particularly in rural areas, don’t have year-round staff.
The committee’s Democrats, and representatives of civil rights groups, though, were quick to assert a strong place for the Education Department in enforcing what are often called the “guardrails” in the law. Those provisions, at their most basic, require the reporting of disaggregated student data so the most vulnerable students can be tracked and and interventions in a state’s worst-performing schools. Officials would also have act when schools have high dropout rates or big achievement gaps between white students and those of color or between affluent and impoverished children.
Sen. Patty Murray, the committee’s senior Democrat, said she expects the Education Department to “use its full authority under the Every Student Succeeds Act to hold schools and states accountable for offering a quality education.”
Specifically, she said, she’ll look for the department to require that states have meaningful accountability systems, enforce caps on the use of simplified tests for students with disabilities, and provide guidance about school interventions and supports.
Sen. Elizabeth Warren of Massachusetts, struck directly at the idea that the law significantly ties the hands of federal regulators. “The Department of Education has clear authority to issue regulations to strengthen, not weaken” ESSA’s accountability measures, she said.
States get billions of federal dollars to improve the education of the country’s neediest children, Warren said. “We’ll be watching to make sure that happens,” she added.
Katy Haycock, president of The Education Trust, said that if the Education Department doesn’t enforce those “guardrails,” leaders who want to focus on equity will no longer have the federal leverage and backing to do so. Lax enforcement also gives state and school heads who don’t want to focus on equity a pass, she said.
Celebrating the return to state and local control ignores the progress made under No Child Left Behind and that “the state and local track record of serving the interests of vulnerable children is not a good one,” she added.
Recognizing the need for state and local decision-making in many areas “does not mean…the only role for the Education Department is to cut checks,” Haycock said.
Representatives of the country’s largest teachers unions took a somewhat more wary approach, encouraging federal authorities to avoid unnecessary intrusions.
“We need to actually make sure states do their jobs and not have the federal government do so much regulation that this now becomes a repeat of the debate we just had [under No Child Left Behind and waivers]. Let us do the work,” said Randi Weingarten, president of the American Federation of Teachers.
The hearing marked the start of congressional oversight over ESSA.  Alexander pledged to hold five more hearings in his committee, two more with education stakeholders, and three with representatives from the Education Department.
The House education committee has held one hearing on “implementing the promise to restore state and local control,” and will hold another Thursday where King will testify.
Submit a Letter to the Editor
February 23, 2016