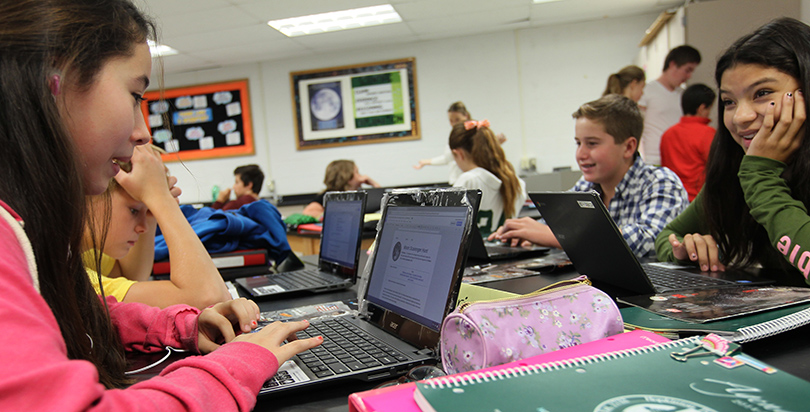 Frankie Jackson likes to cut to the chase. When the veteran school business official took a new job as chief technology officer at the third-largest district in Texas a few years ago, one of the first things she did was ask her colleagues how much E-rate money was flowing in.
Not as much as there probably could be, she learned.
Jackson, like her counterparts in school districts throughout the country, raced to apply for the federal subsidy that would help get every school in the Cypress-Fairbanks district connected to wireless internet. It was 2015, and the Federal Communications Commission, which oversees the E-rate program, had just boosted the budget dedicated to wireless-related services while scaling back funding for other technology, like pagers and telephones, in a first-time effort to prioritize broadband expansion at schools and libraries.
Jackson said her district, which serves 115,000 students just outside of Houston, secured approval for wireless improvement and fronted the cost with $10 million from a district bond for technology projects, expecting to be reimbursed with the E-rate funds.
But two years later, despite assurances from the Universal Service Administrative Company, which manages the $4 billion E-rate program for the FCC, the district still hasn’t gotten its $10 million back, Jackson said in a recent interview.
“There’s a lot of red tape,” she said. “I understand they can’t just carte blanche hand over millions of dollars without going through the right level of accountability, but I’m still waiting.”
A rich history, literally
As many school officials can attest, the lag time between application, approval, and delivery of E-rate funds is just one of the long-standing problems that have plagued the program since it was established by the 1996 Telecommunications Act under President Bill Clinton.
E-rate is perhaps the largest federal funding stream dedicated to school technology, and among the largest school aid sources that doesn’t originate with the U.S. Department of Education.
Telecommunications companies are required by the 1996 law to fund E-rate and other federal programs boosting connectivity, but they’re allowed to pass the cost on to customers, meaning American consumers essentially bankroll the programs through a “universal service” fee on their phone bills.
The E-rate program for schools and libraries is just one of four programs supported with these fees to subsidize broadband and other telecommunications services managed by USAC and overseen by the FCC. The other three subsidize connectivity for households, rural health care facilities, and companies that build infrastructure in underserved areas. All told, the four programs account for at least $10 billion annually.
The results have been mixed. While E-rate is credited with helping transform school connectivity for millions of students, it’s also been dogged by abuse and fraud. Multiple congressional audits, meanwhile, have revealed weak internal controls and substantiated complaints that funds are frequently promised to applicants but never disbursed.
These days, few stakeholders seem more vexed by its track record than Ajit Pai, a Republican commissioner since 2012 who was promoted in January by President Donald Trump to lead the five-member panel, now under Republican control.
Pai hasn’t yet outlined a specific agenda for the multibillion-dollar program — instead, the debate over net neutrality, of which he is a staunch critic, has sucked up most of the oxygen in the few months since his appointment. But judging by the hints of policy the fiscal conservative and staunch deregulation proponent has revealed so far, he appears determined to shake things up significantly. 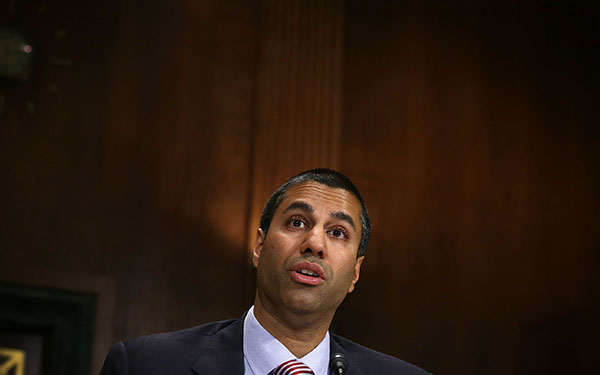