Fact-Checking Clinton on Charter Students: She Misses the Big Picture — but Also Has a Point 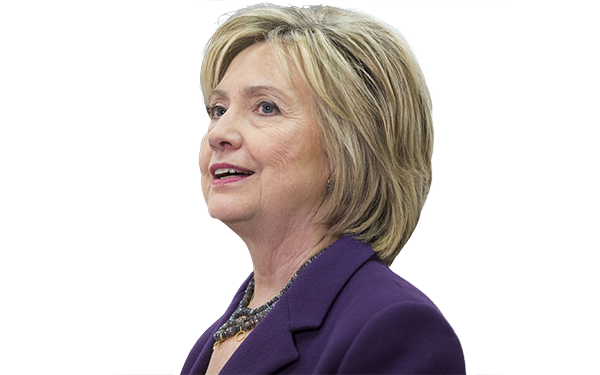 The Fact-Check is The Seventy Four’s ongoing series that examines the ways in which journalists, politicians and leaders misuse or misrepresent education data and research. See our complete Fact-Check archive.
Last weekend Hillary Clinton took a shot at charter schools heard round the education world. In an interview with journalist Roland Martin, she said:
“Most charter schools — I don’t want to say everyone — but most charter schools, they don’t take the hardest-to-teach kids, or, if they do, they don’t keep them. And so the public schools are often in a no-win situation, because they do, thankfully, take everybody, and then they don’t get the resources or the help and support that they need to be able to take care of every child’s education.” (Read our exclusive interview with Roland Martin about Clinton’s charter comments)
Clinton’s claim, about charters not taking “the hardest-to-teach kids” is a common one. But does the data bear it out?
In a word, kinda. It depends on how “hardest-to-teach kids” is defined and whether charters are compared to all traditional public schools or just those that are in the same neighborhood as charters.
Clinton clearly overgeneralized, ignoring the key fact that charters serve large numbers of low-income and low-achieving students; there’s also little evidence that charters harm traditional public schools. Still, she’s raised a genuine issue that charter advocates should take seriously.
Here’s what the data say about her argument:
Broad generalizations about charter schools nationally are very difficult.
It’s important to start with this point. After all, charters operate under different laws in different states, and individual schools have diverse missions, catering to different students. Some charter schools teach, for instance, students at risk of dropping out, while others may be serving as a method of white flight from more integrated traditional public schools. Compounding this problem, is the limited research we have on different states. Most rigorous evidence comes from just a handful of higher-profile districts. That said, we’ll do the best with what we’ve got.
Compared to traditional public schools as a whole, charter schools serve more students of color, more low-income students, fewer special education students, and about the same number of English-language learners.
In a simple head-to-head comparison, national data finds charters as a whole are much more likely to serve students of color, particularly black students, than all traditional public schools. (This data is from the 2011–12 school year.)

Again based on national data, charters serve slightly more students who qualify for free or reduced-price lunch, a common, though imperfect, proxy for low-income status.  This may understate the disadvantage of charter students, because about 18 percent of charters don’t participate in the federal lunch program, compared to just 3 percent of traditional public schools.

National data show charter schools serving a slightly lower number of students who are classified as special education and virtually the same number of English-language learners. Keep in mind that schools make decisions regarding the classification of students in each of these categories, so differences between sectors may reflect those subjective choices.