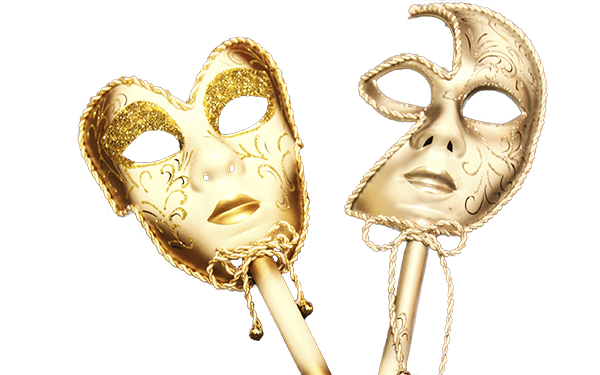 The Fact-Check is The Seventy Four’s ongoing series that examines the ways in which journalists, politicians and leaders misuse or misinterpret education data and research. See our complete Fact-Check archive.
No matter who you talk to, the sweeping reconfiguration of the New Orleans schools is a model for something.
To proponents, it’s a successful model of reform that should be expanded to other struggling public school districts.
To critics, it’s a top-down model of exactly what not to do when facing the daunting challenge of a long-troubled school district decimated by a natural disaster.
In the aftermath of Hurricane Katrina, New Orleans dramatically expanded the number of charter schools in the city, fired existing staff, and held schools accountable for student test scores, closing those that didn’t hit certain targets. Today, almost all schools in New Orleans are independently operated, publicly funded charter schools. 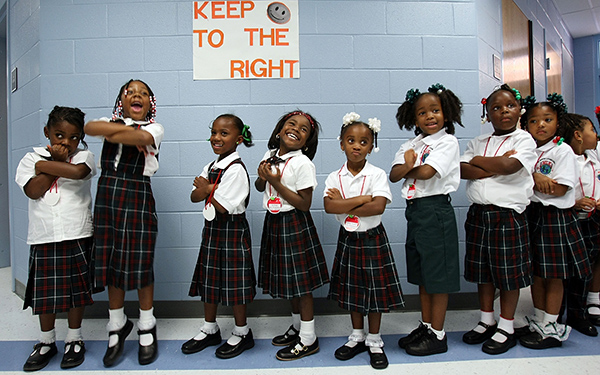 Kindergartners smile on their first day of school at Dr. Martin Luther King Jr. Charter School for Science and Technology in the Lower 9th Ward August 20, 2007 in New Orleans, Louisiana. (Photo by Getty Images)
The best study of what those ambitious changes brought to New Orleans schools, students and their families 10 years after Katrina — much-anticipated research by Tulane University economist Doug Harris — was published this week in Education Next.
Harris found that the combination of reforms produced large gains on almost every measurable outcome: from test scores to graduation rates, so much so that he declared in an interview with The 74: “I have never seen an effect of this size before.”
But such bold statements won’t mollify the New Orleans skeptics. Here’s a rundown of the criticism leveled at New Orleans’ reforms and some facts debunking each one:
It’s apples and oranges
Examining the effects of New Orleans’ reforms is challenging since the pre- and post-Katrina student populations changed as a result of the hurricane. Harris addresses this in two ways: First by looking only at the growth of students who returned to New Orleans after Katrina and second by comparing all New Orleans students to students in other districts who were affected by Hurricane Katrina, which hit between Aug. 23 and Aug. 31, 2005, or Hurricane Rita less than a month later.
Neither method is perfect, but both are serious efforts to ensure apples-to-apples comparisons. The first method finds small improvements in student learning in test scores in math, English, science, and social studies. The second approach produces much larger estimates, finding that the city, which initially was massively behind the comparison group, caught up in just five years. 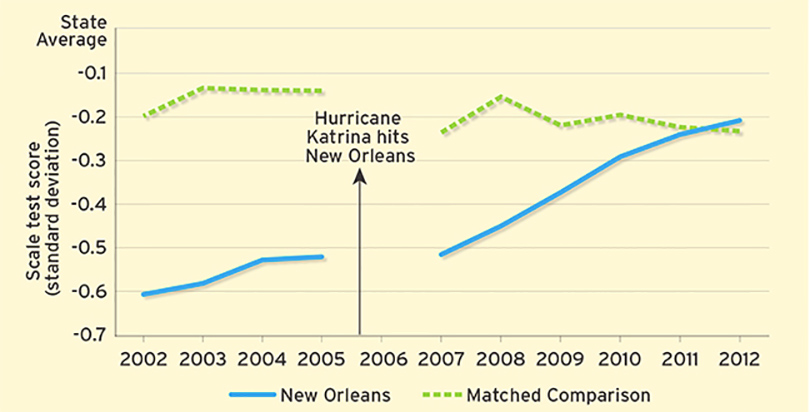