Expanding School Quality & Equity in Milwaukee: Aiming to Address City’s Waitlists, New Education Group Looks to Boost Number of Seats — With a Focus on Who Will Be Sitting in Them 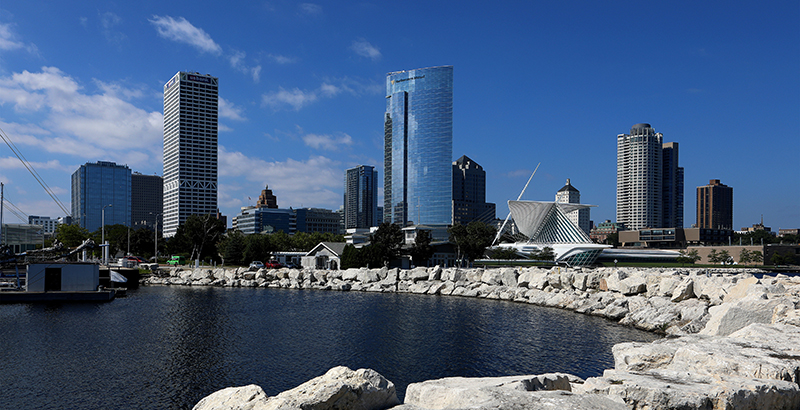 Milwaukee is an easy poster child for education reform.

The city launched the Milwaukee Parental Choice program, which EdChoice calls the nation’s first “modern private school choice program,” in 1990. In the 2018-19 school year, 24 percent of Milwaukee students used vouchers at more than 100 participating private schools. Another 14 percent attend one of 42 charter schools in the city.

The stall isn’t due to low demand, she said; charter schools, voucher schools and high-performing district schools all have waiting lists. It’s just that the demand isn’t very … demanding. Most parents in Milwaukee have grown accustomed to taking a back seat to battles over what kinds of reforms should be allowed, she explained, and while pro-reform and anti-choice movements fight over school boards and policy, parents have had to settle for what’s available in the meantime.

Simply put, policymakers — the “grasstops,” Hoben called them — are not answering to parents and teachers — the “grassroots.” City Forward wants to change that, and in doing so push Milwaukee into expanding effective public education in the places where they are most needed, with dual targets of availability and equity.

“Our public institutions are as strong as the public demands them to be,” Hoben said.

The nonprofit plans to advocate for more diverse governing boards and teaching corps in district, charter and private schools across Milwaukee, as well as engage in community organizing to ensure that black and Latino families are not skipped over when it comes time to expand the most effective school models.

According to state data, only 1 in 4 Milwaukee students is enrolled in a school rated as “exceeding” or “significantly exceeding” expectations. Black students are the least likely to be among that lucky 25 percent; 40 percent of them attend schools rated as failing, compared with 13 percent of white students.

The city’s charter schools yield highly varied results: There are great ones and charters that perform poorly. Bruce-Guadalupe Community School, for example, a pre-K-8 school where 97.3 percent of students are Latino, scored a 76.4, or “exceeded expectations,” on its 2017-18 state report card. By contrast, Milwaukee Collegiate Academy, a high school where 99 percent of students are black, scored a 55, or “meets few expectations.” The highest-performing charter in the city, Downtown Montessori, is a 3-8 campus that enrolls 70.5 percent white students.

“Milwaukee is sort of a petri dish of school reform,” said Anne Chapman of the Wisconsin Policy Forum, a nonpartisan policy think tank, but at the end of the day, one thing is clear: Academic performance for Milwaukee students, especially students of color, remains “intractably low,” she said, regardless of which sector enrolls them.

Uneven or meager results and the disparities they create, Hoben said, are common in top-down education reform, whether mandated by the state or instigated by nonprofit partners. City Forward will be different, she said, by taking a community organizing approach, similar to Innovate Public Schools in San Francisco. City Forward’s goal is to get initial direction from the people on the ground — parents and teachers.

City Forward is a merger of two existing nonprofits, Partners Advancing Values in Education and Schools That Can Milwaukee, both focused on developing leadership and getting underrepresented groups onto governing boards and into parent groups and classrooms. Without deliberate effort, Hoben explained, disenfranchised people are often missing from the conversation. “There has to be a forum to engage them,” she said.

Spokesperson Isral DeBruin said the new nonprofit will combine the work of its parent organizations — most of which had to do with training black and Latino school leaders, as well as some grantmaking for quality school expansion — with community organizing, which will be completely new. City Forward is hiring and will likely have 12 full-time positions when fully staffed, DeBruin said.

Like many organizations seeking to increase school choice or promote various school models within districts, City Forward is funded by some large corporations and national philanthropies. But it also has financial support from a mix of individuals, small family foundations and Milwaukee businesses, and instead of taking a top-down approach, the priorities that arise from local families and educators will determine how those dollars are spent.

Through its philanthropic partners, City Forward will be in a position to help effective schools expand. However, community voice and leadership will determine when and where that money is spent, Hoben said. “If we scale a white-led system,” she said, “we’re scaling a problem.”

That problem, she said, is a disconnect between reforms that look good on paper and the lack of improvement those reforms are yielding for black and Latino children in Milwaukee schools. Before increasing the number of quality seats, City Forward wants to make sure it’s clear who will be sitting in them.

Many times, Hoben said, organizations lean heavily on the vision of one leader who believes a certain strategy is the right way to achieve a desired educational outcome — higher graduation rates, college and career readiness, improved test scores. But what the community doesn’t own, it won’t back in the long term, she said, which affects the ability to scale, as well as the staying power of new schools, teacher recruitment efforts and other reforms.

Hoben learned the value of this firsthand as CEO of Carmen Schools of Science and Technology, a Milwaukee-based charter network. Before designing its school model, the group spent a year in the community it aimed to serve, listening to people’s desires, needs and assets. “I to this day believe that’s one of the reasons we survived and thrived,” Hoben said.

Like Blue School Partners in Denver and Mind Trust in Indianapolis, City Forward will focus on expanding high-quality seats through teacher recruitment and training, as well as increased funding for new schools — whether charter, district or independent schools participating in voucher programs. But there’s also an equity component to City Forward’s mission.

About 89 percent of Milwaukee students identify as a race or ethnicity other than white, with more than half identifying as black. However, more than 70 percent of the city’s teachers are white, and just 16 percent are black. The number of black (4 percent) and Latino (2.5 percent) male teachers is especially small.

In addition to the proven benefits to nonwhite students of seeing teachers and school leaders who look like them, having Milwaukee’s majority cultures heavily represented among the teaching corps will make it more likely that culturally responsive practices and innovative ideas specifically targeting children of color will bubble up, Hoben said.

Excellence isn’t enough, she argued; it needs to be excellence for all.