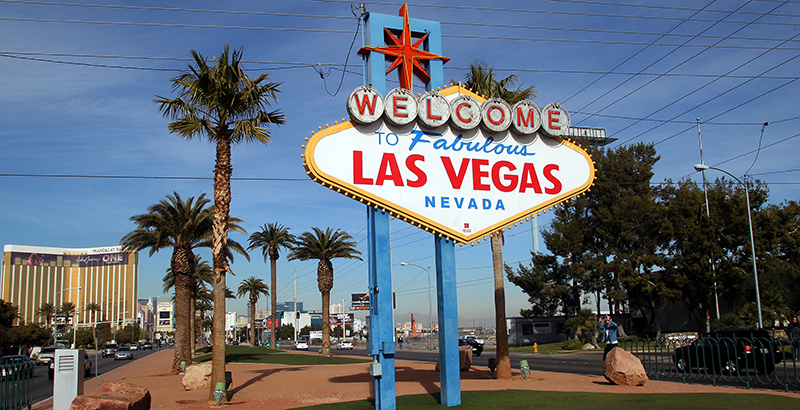 Most of the education support employees working for the Clark County School District in Las Vegas may soon find themselves switching state and national unions. A loss for the National Education Association will turn into a gain for the Teamsters.

The Education Support Employees Association is affiliated with the Nevada State Education Association and NEA. It is the exclusive bargaining agent for some 11,000 school district support personnel in Las Vegas. Historically, about half of those employees have been union members. ESEA calls itself the largest local of education support workers in the United States.

For almost 20 years, ESEA has been locked in an organizing and legal battle with Teamsters Local 14 for members and exclusive representative status. In 2006 and 2015, the Teamsters received a majority of votes in representation elections, but Nevada law requires a challenger to receive a majority of the entire bargaining unit, not just of votes cast. That law was ultimately upheld by the Nevada Supreme Court after years of litigation.

While ESEA held on to its negotiating status, it continued to hemorrhage members to the Teamsters. Reliable numbers are rare, but an examination of ESEA’s dues income indicates a range of somewhere between 2,500 and 4,500 active members remaining. Teamsters Local 14 had 2,487 active members as of December 2018, according to its disclosure report to the U.S. Department of Labor.

Though the law makes it highly unlikely for ESEA to be unseated in a representation election, it was becoming more and more possible that the union could no longer demonstrate that its members constituted a majority of the bargaining unit. The Clark County School District could then withdraw recognition and no union would have exclusive bargaining rights.

To avoid this possible outcome, ESEA and Teamsters Local 14 laid down their swords and entered into negotiations to split the bargaining unit.

Teamsters 14 confirmed to Union Report that talks were taking place. ESEA did not respond to that request, but two days after it was made, the union posted on its website this nebulous statement:

“Representatives of ESEA have been meeting with representatives of Teamsters Local 14 in order to determine the possibility of resolving the issue of representation of [education support professionals] in the Clark County School District. For the past two decades, ESEA and its members have been locked in a series of disputes with Teamsters Local 14 regarding who is the exclusive bargaining agent for the ESPs in Clark County. While ESEA has been victorious in all proceedings regarding these representational disputes, including the recent Nevada Supreme Court and [Employee-Management Relations Board] rulings in our favor, the leadership of ESEA feels that it is important to explore all options in order to ensure unity among the ESPs in the Clark County School District during difficult times in our district. We will keep our members updated as additional information comes available.”

A source with knowledge of the negotiations told Union Report that talks center on ESEA retaining the members and exclusive bargaining rights for teacher aides, administrative support staffers and others near the classroom, while the Teamsters would get blue-collar workers such as bus drivers, custodians and food service personnel.

This would not be a done deal even if the unions reached a settlement, because any alteration of the bargaining unit would require school district approval. However, should the district refuse, the unions would be able to appeal to the state Employee-Management Relations Board. The board might welcome a congenial solution to a decades-long dispute.

This would be a clear win for the Teamsters, which despite its support among district employees was unable to achieve exclusive representative status for any of them. ESEA also would benefit from an end to the war. The union has seen its finances suffer and survived only by cutting its expenditures by more than 40 percent.

The picture is far less bright for the Nevada State Education Association. It is already reeling from the loss of the Clark County Education Association, the exclusive representative of Las Vegas’s 18,000 public school teachers, which left the state union and NEA last year and became independent.

Losing its grip on most of Las Vegas public school employees would leave the state union with less than half of its former statewide membership. It received additional bad news last week, whens a district court ruled it had no further claim on dues collected by the county unit during the dispute between the two unions. The county unit is now free to return those dues to its members.

This is doubly painful because that money was used as collateral for a $1.2 million loan from NEA last year. The loan has an interest rate of 3.5 percent, but I suspect NEA will forgive it and write it off.

In an effort to raise more revenue, the state union put its Las Vegas offices up for sale. The 9,000-square-foot building is the headquarters for both ESEA and NEA Southern Nevada, the affiliate the state union created in the aftermath of the county unit’s secession.

These incidents have no great effect on Nevada as a pro-union state. All these employees will still be represented by a union. But as an NEA affiliate, Nevada will be added to the national union’s life support list.