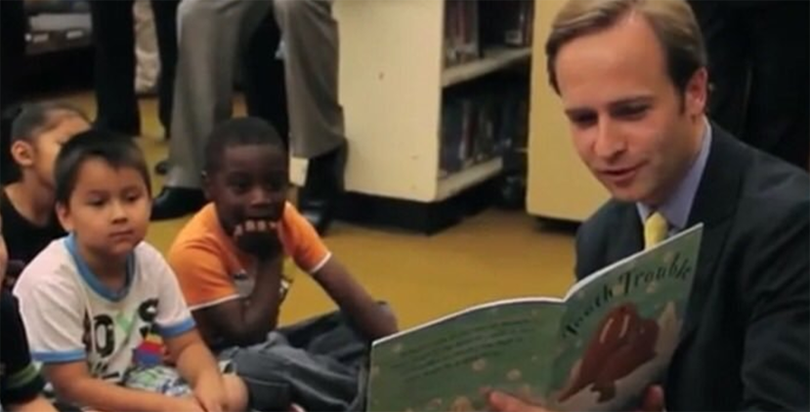 Michigan Lt. Gov. Brian Calley has one message for U.S. Secretary of Education Betsy DeVos: Send our ESSA plan back.

Days after the Michigan Department of Education submitted its plan for complying with the new federal education law, Calley posted a letter on Facebook asking DeVos to send it back for Michigan policymakers to revise how the state counts special-needs students.

Though Calley has no authority to recall the ESSA plan, he is raising the special-education issue just before an expected announcement of his candidacy for governor in 2018. The move could cement his image as a Republican who is willing to work across the aisle to help the state’s neediest residents, setting himself apart from likely primary opponent Attorney General Bill Schuette, said Matt Grossmann, director of Michigan State University’s Institute for Public Policy and Social Research.

Calley is picking up on the wonky, yet controversial, topic of n-sizes, the minimum number of students in a subgroup — such as racial minorities or kids with disabilities — that would require the state to track their academic progress separately from the school’s general student population.

ESSA leaves determining n-sizes up to the states, but if subgroups are severely underperforming in certain schools, the state must intervene.

Calley, who has a daughter with autism and has taken the lead on special-education issues in the state (he led a task force recommending improvements to special ed and signed a law seeking to curb seclusion and restraint in schools), favors an n-size of 10 students.

“There is not a big political machine behind helping our students who are the most vulnerable,” Calley told The 74. “I’m driven to because I know what it’s like. I am the father [of] a daughter with a disability. I know how easy it is for kids like my daughter to be disregarded.”

In the ESSA plan Michigan submitted April 17, the n-size would depend on which of three school accountability proposals state lawmakers choose. Gov. Rick Snyder, who is term-limited, signed off on the ESSA plan.

In two of the three systems, the state Department of Education would award letter grades to every school and set n-sizes at 10 for English language learners and 30 for all other subgroups.

Calley said in his letter that an n-size of 30 would mean 61.5 percent of Michigan schools would not have to account for the performance of students with disabilities, because those schools enroll fewer than 30 special-ed students. “This is an unacceptable outcome that will negatively impact many of our most vulnerable students,” he wrote.

Snyder has indicated he would be open to a smaller n-size.

But while reducing the n-size would include more schools, it would make the measurements of those subgroups less statistically valid. The smaller the n-size, the more volatile and less reliable those comparisons can be.

“One of the benefits of a lower n-size is definitely more students are reported at the subgroup level,” Chris Janzer, the Michigan Department of Education’s assistant director of data services, told The 74. “From a statistical sense, [when using] a lower n-size, you could see more variability in whatever you’re measuring.”

Calley, however, isn’t buying it.

“I think that’s a pathetic excuse. The name of the act that we are talking about complying with is [the] Every Student Succeeds Act,” he told The 74. “What they are worried about is how the adults will deal with a bad mark because they are not helping kids with disabilities.”

The third option for lawmakers would be a transparency dashboard that reports school performance based on variables ranging from graduation rate to student participation in advanced courses, rather than giving out letter grades. Under that reporting system, the n-size for all subgroups would be 10.

The deadline for choosing one of the three systems is June 30. If the legislature does not make a decision, the transparency dashboard will become the state’s new accountability system. Lawmakers in both houses are discussing which system to choose.

State Senate Education Committee Chairman Phil Pavlov told The 74 he hopes a deal can start taking shape in the next few weeks, but he added that he is disappointed with the department for submitting its ESSA plan before the legislature settled the accountability issue.

“It goes to show you there isn’t broad-based consensus on that plan,” Pavlov said — even though the department’s statement announcing the plan said it was the product of a yearlong effort that included input from “thousands of stakeholders.”

Snyder and State Superintendent Brian Whiston say they favor awarding letter grades in some form, but the elected state Board of Education unanimously supports a transparency dashboard.

Either way, the issue of special education is unlikely to go away. In a series of online ads that tease a May 30 announcement widely expected to kick off his gubernatorial campaign, Calley references his relationship with state Supreme Court Justice Richard Bernstein, a Democrat, who is blind.

“We’ve worked together from opposite sides of the aisle just helping to make the world work better for those with disabilities,” he says in one of the ads. “Disabilities don’t have political parties.”