The Envy List: 12 Must-Read Education Stories We Wish We Had Written in 2016 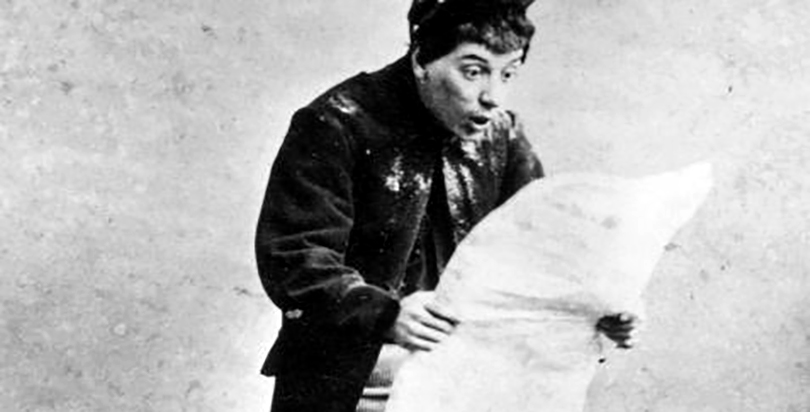 “Comparison is the death of joy.”

Except in this case when we are comparing for the sake of enjoyment. That’s the pursuit The 74 had in mind when compiling the education stories from 2016 that may have inspired our envy but also just plain inspired us. We gnashed our teeth while enjoying every word.

We share them with you now in praise of what we consider to be among the finest work in educational journalism in the past year and with ambition for what we hope to accomplish in 2017.

In no particular order:

1. Denied: How Texas Keeps Tens of Thousands of Kids Out of Special Education by the Houston Chronicle

Possibly the most important education story this year comes from the Houston Chronicle’s deep investigation into a state enrollment cap on special education services, which effectively denied tens of thousands of Texas children the services they need to thrive at school. The in-depth investigative series wasn’t just damning — it also sparked action. The state suspended the enrollment target, and federal education officials visited Texas to hear the stories of families whose special-needs children were shut out from services. —Mark Keierleber, reporter

2. The Life of an Unaccompanied Minor in L.A. by the Los Angeles Times

This fantastic piece of video journalism tells the story of one of the many teenage immigrants who recently moved to the U.S. alone from Central America for a better life. This particular student, Gaspar Marcos, works a night job until 2:30 a.m. to pay the rent, yet shows up to school every day to learn English. His teachers call him a “mute genius”; here’s 19 hours of his life. —Kate Stringer, reporter/producer

3. How America Outlawed Adolescence by The Atlantic

Amanda Ripley takes an infamous incident — that of a South Carolina school resource officer throwing a teenage girl out of her desk — but looks at it through the experience of one of the girl’s classmates, who videotaped the confrontation. She explains how “disturbing school” laws, originally written to curtail student civil rights and Vietnam War protests, outlaw typical teenage behavior, like defiance and swearing. Still on the books in 22 cities and states, these laws, Ripley reports, have a particular effect on students of color. —Carolyn Phenicie, reporter

4. When School Feels Like Jail by The Marshall Project

In 2016, school discipline saw a huge pushback from advocates who argued that punitive methods, including corporal punishment used in more than a dozen states, often do more harm than good by funneling at-risk youth into the school-to-prison pipeline. But simply reducing suspensions is far from a fix. In a gripping narrative, The Marshall Project’s Eli Hager shows how attempts in the South to reduce suspensions led to the growing use of alternative schools, places that literally look and feel like jail. —Mark Keierleber, reporter

The best education stories, especially those that are investigative, often come from local reporters who know the school systems they are covering inside and out. USA Today did a standout job leveraging its team of local journalists to expose a problem that crosses state lines. Their discovery — that weak laws and oversight allowed teachers with serious misconduct to travel from classroom to classroom by moving to a different state — quickly achieved results. Several states started their own internal investigations, and a national teacher licensing oversight organization changed its screening practices. —Naomi Nix, reporter

Reporters Lauren Camera (my former colleague at Congressional Quarterly) and Lindsey Cook did an expert job in taking a dense, confusing federal policy, the $15 billion Title I program, and explaining why it isn’t working as intended. They show how the government’s biggest K-12 program, which aims to boost the education of low-income children, shortchanges small, rural districts with large percentages of poor students while big, wealthier suburban districts benefit. Their huge, data-rich project also provides breakdowns for spending in every school district in the country. —Carolyn Phenicie, reporter

A thoughtful and thorough discussion of an increasingly important topic, that weaves in on-the-ground reporting in schools with a careful look at research evidence. —Matt Barnum, reporter

8. The Really Small Ones by The New Yorker

In 2015, Kathryn Schulz captivated us all with her terrifying, Pulitzer-winning long-read, “The Really Big One,” which details the anticipated destruction of the coastal Northwest by a massive earthquake. When it will occur, we don’t know. This year, Schulz followed up with a shorter but no less gut-wrenching profile of the small school district of Seaside, Ore., whose 1,500 students have no viable path to safety from the potential tsunami that would flood the region after the quake. Schulz previews the city’s high-stakes bond vote to fund new schools further inland, ensuring students’ safe evacuation at a pretty modest per-resident cost. (The $100 million measure passed easily.) It’s a simple but effective education treatment of perhaps the most critical environmental story of the decade. —Mareesa Nicosia, reporter

9. Money, Race and Success: How Your School District Compares by The New York Times

Every day, we write about the achievement gap, what stubborn set of circumstances separates the academic outcomes of poor students of color and their white, wealthier peers and what it will take to make money and race no longer the determinants of destiny. What Motoko Rich, Amanda Cox and Matthew Bloch of The Upshot, the Times’ analytical journalism and graphics team, did was to take massive amounts of data on students’ test results, family income and race and plot it in a way that is immediate, unmistakable and breathtakingly comprehensive. Their work allows you to see your own school district — and every other one in the country — and to understand educational inequity in a way words never could. —Kathy Moore, editor

The best piece of education journalism this year wasn’t journalism or about education. Desmond, a Harvard sociologist and MacArthur “genius” grant winner with a gift for plot, weaves the stories of eight families, black and white, as they deal with eviction and, because they’re often forced to spend three quarters of their income on unfit homes, the constant threat of eviction. As Desmond fills in the picture with landlords, law enforcement, social service failure and the courts — along with underlying data and policy analysis — the book becomes a tragedy. The economy of eviction may be unfamiliar; the book shows that it’s a profit center worth knowing about. Desmond: “No moral code or ethical principle, no piece of scripture or holy teaching, can be summoned to defend what we have allowed our country to become.” —David Cantor, editor

11. How One Coastal Maine High School Turned the Ship Around by the Bangor Daily News and MainePublic.org

A compelling local story with national implications about how one of the worst schools in Maine turned itself around by listening and responding to the unique needs of its community. By asking older fishermen what they wish they had learned when they were in high school, Deer Isle is adapting instruction for the current generation — and even sent one of their own to testify at the statehouse on behalf of his fellow students. —Bev Weintraub, editor

12. Educational Eden: Imagining the Ideal School System by The Atlantic

From reimagining our national education system and the way teachers teach, to unveiling the peaks and pitfalls of homework and other forms of student evaluation, this collection could be one of the easiest overlooked, most forward-thinking series of 2016. Presented through the eyes of prominent education experts, teachers, advocates, policymakers and parents, the seven pieces by Hayley Glatter, Emily Deruy and Alia Wong are a must-read as we head into 2017. —Mitchell Trinka, social media and engagement director