Enlow: Education Reform Is Like ‘Battlestar Galactica’ — to Survive, Our Small Band Must Stick Together Against an Imposing, Relentless Foe 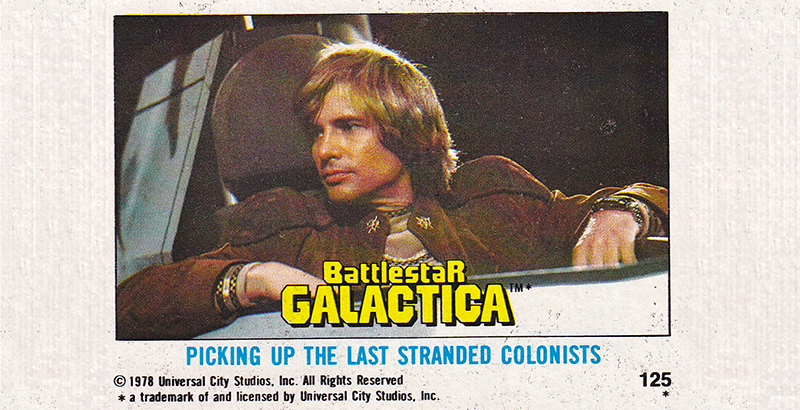 Growing up, I loved Battlestar Galactica.

Besides the super-cool spaceships called Vipers, it had all the hallmarks of classic heroic literature. A ragtag fleet containing the last of humankind struggled to survive against all the odds, battling the nasty Cylon empire that was bent on destroying all traces of human life and goodness. It was a real tale of David versus Goliath.

It may be naive, but that’s what I thought about the education reform movement when I started in it 25 years ago. We were all in it together, a ragtag fleet of charter supporters, voucher supporters, Democrats, Republicans, technocrats and ideologues fighting to survive in a world where too many children had no real educational options.

The goal seemed clear: Give children and families, particularly low-income children and families, more access, freedom and opportunity. Even if there were differences in ideology back then, and there definitely were, It didn’t really matter whether parental empowerment came via charter schools or private school choice or some other form, so long as it was not the same old (Cylon) choice.

But as in the show, the real challenges in education reform have come from within. Sure, the Cylons were always there, threatening extinction, but it’s discord and infighting that actually threaten to tear our ragtag fleet apart.

Witness Conor Williams’s recent piece in The 74, in which he writes that “nonprofit charters have less in common with other forms of school choice than their opponents and advocates believe. To that end, they ought to divorce themselves from other forms of school choice.” He further argues that “it’s clear that charter schools benefit less than ever from being grouped in a coalition with other choice programs.”

Charters are, indeed, under siege. They are facing very real threats from regulators, politicians and elected officials. As school types go, they’re still in their infancy.

Yes, private school choice programs began picking up steam around the same time charters were getting off the ground, but choice programs generally rely on an existing supply of schools. Charters broke new ground by setting up a completely new delivery model that was, from the outset, designed to directly compete with traditional public schools.

This may be why the public generally views private school choice programs more favorably than charters. In the latest Education Next poll from Harvard University, charters had 48 percent support among the general public, while tax-credit scholarships had 58 percent support and universal vouchers had 55 percent.

Further, our polling at EdChoice shows that when parents are given the option of selecting any school type, regardless of ability to pay, 32 percent of parents would select a traditional public school, 13 percent would choose a charter, and 42 percent would choose a private school. In reality, 82 percent of students are in traditional public schools, with charter enrollment at 5 percent and private school enrollment at 10 percent.

This shows a tremendous gap between what parents want and what they’re getting, along with a strong preference for private schooling over other types. 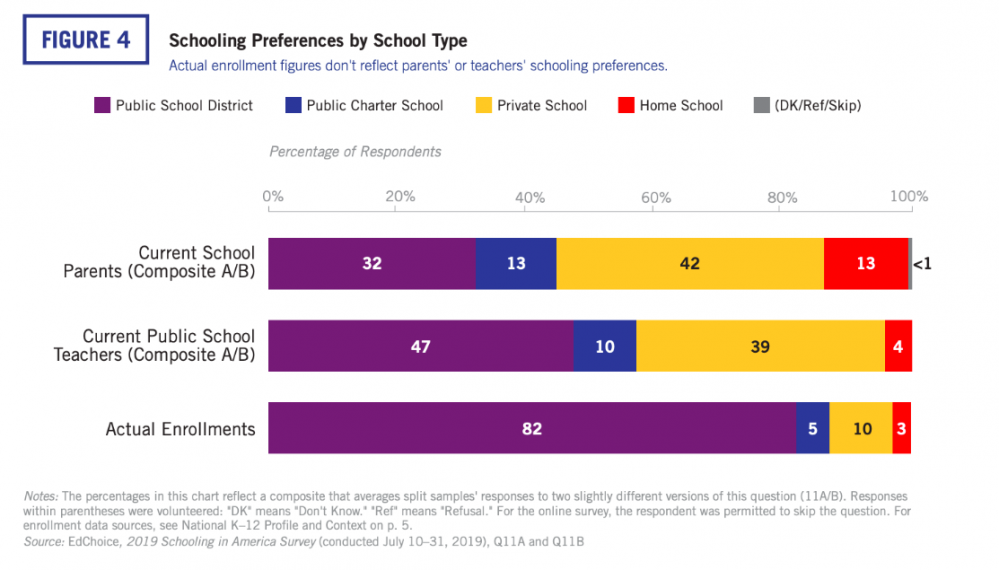 Williams asserts in his piece that “[t]he results from voucher programs have been weak,” but we know from dozens of rigorous research studies that private school choice has been tremendously effective for students when it comes to academic achievement, high school graduation rates, civic engagement and later-in-life successes.

Ultimately, the school choice movement was never about one type of choice over another type of choice. It was instead intended to awaken a generation of families to the idea that they had choice in the first place. They didn’t have to accept the school to which their child was assigned or buy a new house to access a better one; all families should be able to have the same kind of options that privileged folks have had for decades.

That was the Big Tent we set up back in the day, and it’s humming along just fine. Support for school choice is at its highest levels among communities of color that have historically been overlooked or downright disregarded under the traditional system. Across the country, we’re witnessing new schools designed to serve different students — and students are finally able to access those options.

Williams is correct that we’re operating in a different climate than we were back when all this got started. Despite the fact that school choice existed long before President Donald Trump or Education Secretary Betsy DeVos, working in the movement right now can mean fielding tough political questions and baseless accusations instead of focusing on what’s best for kids.

And yet, the Big Tent still stands, and all remain welcome.

As I read Williams’s column, I couldn’t help thinking about the old Ronald Reagan quote that he “didn’t leave the Democratic Party, the Democratic Party left me.” (This quote has been changed and adopted by plenty of Republicans in the past few years.)

It’s hard to stick together in tough times, to be the ragtag fleet taking incoming fire from a monolithic empire and struggling to survive, but we have to stay strong and continue to fight together. Otherwise, the Cylons will wind up the easy winners because we wound up shooting each other in the back.