Supreme Court Justices Eye Possible Higher Special Ed Standard, but What That Should Be Eludes Them 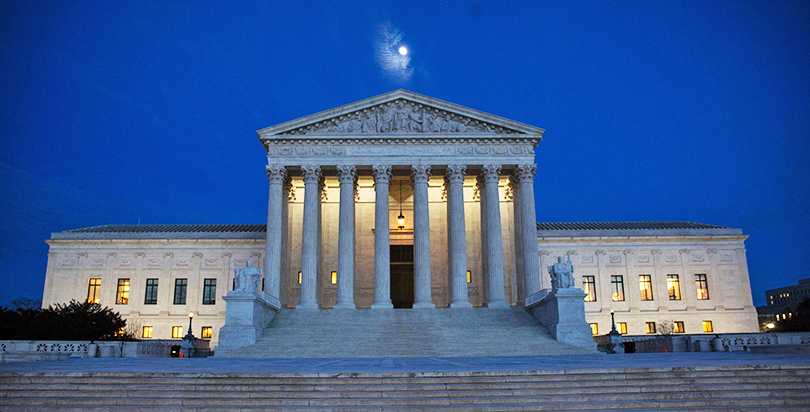 Supreme Court justices Wednesday seemed open to setting a new, higher standard for what educational benefit disabled students should receive under federal law — but reached no consensus on what that level should be.

Justices heard oral arguments in the case of Endrew F. v. Douglas County School District, which asks the court to consider whether special needs students are guaranteed an educational outcome “merely more than de minimus” or are entitled to some more “meaningful” benefit. The current standard for how much a child must benefit is different in each federal circuit, with most choosing the “simply more than minor or trivial” standard.

The 1975 federal law, the Individuals with Disabilities Education Act, requires schools to provide a free, appropriate public education, offered in the least restrictive environment. Specifics about services and goals are laid out in a student’s individualized education progam (IEP) and agreed to by the parents and the school.

“What is frustrating about this case and about this statute is that we have a blizzard of words” used to describe the level of educational benefit students with disabilities should receive, and many of them are essentially synonyms, Justice Samuel Alito said.

“What everyone seems to be looking for is the word that has just the right nuance to express this thought,” Alito added.

The Endrew case has the potential to affect millions of children who receive special education services — and millions more taxpayers who fund those services. But unlike at other contentious cases, including Friedrichs v. California Teachers Association, argued one year ago to the day, the scene outside the court Wednesday was calm. The few protesters in attendance were focused on closing the Guantánamo Bay prison, and much of the public and media attention was trained on President-elect Donald Trump’s press conference and several concurrent cabinet nomination hearings.

(The 74: Special Education at the Supreme Court: 7 Things to Know About Wednesday’s Endrew F. Case)

Inside the high court, arguments in the case involving a family with an autistic son kept circling around the language question.

Justice Sonia Sotomayor noted that IDEA “provides enough to set a clear standard [for a higher benefit], but the words are what we’re trying to come to that would be less confusing to everyone.”

Justices and attorneys debated the relative use of words such as “appropriate,” “progress,” “equal,” “significant” and “meaningful.”

Jeffrey Fisher, the attorney representing Endrew and his parents, said at the start of his arguments that the standard should be that students with disabilities are provided instruction and other services “that are reasonably calculated to provide substantially equal educational opportunities” to their non-disabled peers. Endrew’s parents are seeking tuition reimbursement for the private school where they enrolled their son starting in fifth grade, after he failed to make any real progress in public school for several years.

Justices were immediately skeptical of the word “equal,” given the vast differences not only in the needs and abilities of students with disabilities but in how those opportunities would compare to the huge variances among students without disabilities.

Justice Elena Kagan asked Fisher what standard he would suggest for “those of us who have some feeling that the word ‘equality’ is a poor fit for this statute and its focus on individuation.”

He suggested a standard based on whether students are progressing from grade to grade under the general education curriculum. For children whose disabilities are so severe they can’t be expected to meet that standard, IDEA lays out rules for designing alternative assessments and education plans, he said.

Irv Gornstein, an attorney representing the U.S., sided with Endrew but said the government’s proposed standard was slightly different — significant educational progress toward grade level, in light of the child’s circumstances, rather than “as close as possible” to grade level standards, as he described in Fisher’s stance.

The only word Gornstein urged justices not to adopt was “meaningful,” because it “has baggage in various courts of appeals” and is interpreted differently across the country.

“So we should come up with our own that can then be applied in different ways?” Kagan quipped, earning laughter from the courtroom.

Neal Katyal, representing the Douglas County, Colorado, school district, argued that a new standard isn’t needed, primarily because the current standard, derived from a case the court decided in 1982, has “some bite.” He said procedural processes and reviews laid out in IDEA are sufficient to further guarantee an appropriate education for students.

Setting a new standard would lead to a “huge morass” of lawsuits filled with controversial educational issues that generalist federal justices aren’t equipped to handle, he said. If the standard should be changed, Congress should do so, not the courts, he added.

Justices also raised questions about the impact of creating a higher standard.

Justice Stephen Breyer expressed concerns about the costs of increasing litigation, with money that should be put toward education going to lawsuits instead.

And Alito and Justice Anthony Kennedy brought up the costs to districts and whether they should be considered when writing IEPs generally, or if the IEP process should have some sort of calculation of costs versus likely benefit to the student.

Gornstein, the government’s attorney, noted that the services provided under an IEP must reasonably be expected to produce an educational result.

He also pointed to a court decision from 1998, Cedar Rapids Community School District v. Garret F. Justices there found that the school district had to pay for a nurse to attend a student on a ventilator during the school day so he could have meaningful access to a public education, even though doing so was very expensive. Kennedy and Justice Clarence Thomas dissented in that case.

Fisher, during a later rebuttal of Katyal’s arguments, aimed to mitigate justices’ concerns about costs and judicial intervention. He maintained that educators for the most part are already aiming for the higher standard Endrew is seeking, and very few cases make it to the federal courts for review.

But those that do are being decided using the wrong, weaker standard, he said: “I think [the circuit courts] need a kick.”

This is the second case concerning special education the court has heard this term. The other, Napoleon v. Fry, concerns when students must exhaust their legal options under IDEA before bringing lawsuits under other civil rights laws, like the Americans with Disabilities Act, that allow for monetary damages. In Napoleon, a student sought to bring a dog to school to assist with her physical needs associated with cerebral palsy. The school said it met those needs under IDEA with an adult human aide and banned the dog. Her parents argued that was a violation under ADA.

Decisions in both cases will be released before the end of the court’s term in late June.