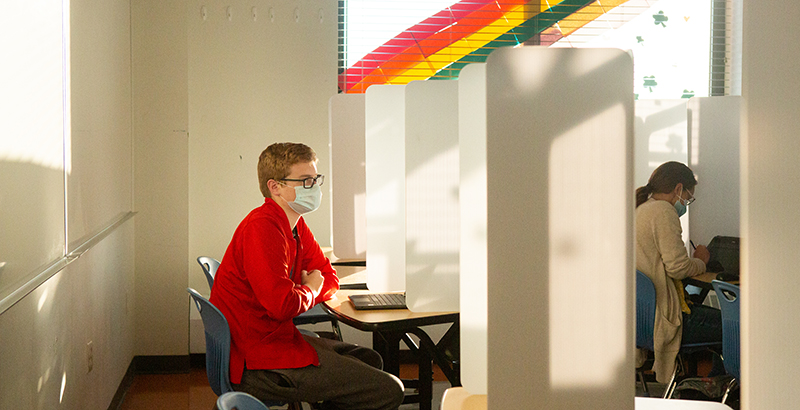 The motion approved by the EPISD board also committed the district to joining a pending lawsuit by La Joya Independent School District and others in Travis County challenging Gov. Greg Abbott’s ban on local mask mandates. Trustee Daniel Call cast the only dissenting vote on the motion to require masks and sue the governor.

Call said the litigation before the state’s high court factored into this decision.

“The likelihood of a mask mandate standing up to scrutiny with the Texas Supreme Court is very small, so if there is a mask mandate it probably will not last very long,” he said. “To me, judicial activism is not something that I think a school district should be involved with.”

But Trustee Israel Irrobali said decisions about what’s best at the local level shouldn’t come from lawmakers hundreds of miles away.

“At the end of the day, local control should be supreme and I believe that we should have the power in this situation to make that decision,” said Irrobali, who has said he briefly worked on Abbott’s 2014 gubernatorial campaign. “It shouldn’t be left up to individuals in Austin that don’t know how it is in El Paso and have not been down here in quite a while.”

About a half hour later, the Socorro Independent School Board of Trustees voted unanimously to follow Ocaranza’s mask mandate unless it was struck down by a court. The order from Ocaranza, who briefed the Socorro board Tuesday night on current COVID-19 data, takes effect at 12:01 a.m. Wednesday.

Socorro trustees voted without comment after getting a closed-door briefing from their attorney, Steve Blanco, about current litigation and other legal issues regarding mask mandates.

The votes followed hours of public testimony before both school boards from a divided constituency whose members included parents who advocated for more protection for students amid an increase in the cases of the delta variant of COVID-19, and others who said masks were detrimental to the mental and physical wellbeing of their children.

The votes were another attack on Abbott’s statewide executive order issued late last month that stripped local governments and school boards from making decisions about their own jurisdictions. Several large districts, including Dallas Independent School District and the Austin Independent School District, have mandated masks and smaller districts in rural areas have followed suit.

This article originally appeared at ElPasoMatters.org