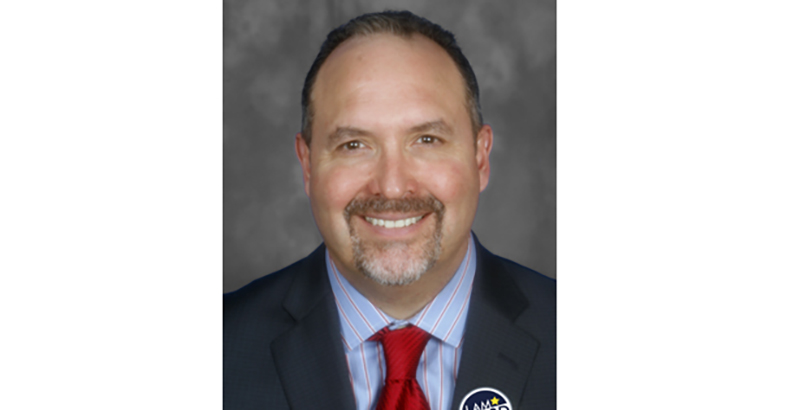 Sunday night on the weekly public-affairs show Xtra on ABC’s El Paso affiliate, KVIA, schools superintendent Juan Cabrera fielded a steady stream of viewer questions about everything but the impetus for the broadcast: his call for the ouster of the leader of the El Paso Federation of Teachers.

Never mind that Cabrera heads a 60,000-student traditional district; he was asked question after question about public charter schools and why El Paso — a designated Texas “District of Innovation” implementing many strategies to improve student achievement — might consider opening its own independent schools.

Likely the broadcast’s viewers did not understand that the appearance was prompted by the revelation of a teachers union leadership plan to destabilize the El Paso Independent School District to disrupt any charter school partnership or expansion. Given the tenor of the email, Cabrera said he had demanded new union leadership.

“I’ve reached out to the Texas [AFT] leadership, but they have not responded to my request to meet,” Cabrera told The 74 before the broadcast. “It’s important for us to work together with the association, and I definitely want that. But I don’t know how we’re going to get on the same page here.”

Cabrera first raised his doubts about the ability of the district and the AFT local to work together in response to an investigation published Nov. 16 by The 74, which obtained an email written by federation president Ross Moore. In it, Moore complained of the superintendent’s willingness to create in-district charter schools and decried two local philanthropies that are making grants both to open charter schools and for El Paso district teachers to obtain master’s degrees and other credentials.

The email detailed a number of proposals to wreak havoc within the district, including driving a wedge between Cabrera and school board members and sabotaging teacher-training programs under development at at least two universities, including for dual language instruction.

Some 26 percent of El Paso’s students are English language learners, and 12,000 students have opted into the district’s dual-language programs. The programs are seen as essential, regardless of students’ home languages, if El Paso is to preserve its status as the largest bilingual workforce in the hemisphere.

The teacher training is a centerpiece of the strategic plan adopted by the district, which finally seemed to have moved away from a cheating scandal that landed Cabrera’s predecessor in prison. Cabrera was hired in 2013 by state overseers to turn around the district, which struggles to overcome entrenched poverty.

Neither Moore nor Texas AFT officials copied on his email replied to requests for comment for this story. AFT President Randi Weingarten last week defended Moore for “standing up for kids and teachers and the great neighborhood public schools they need” when the initial story first broke.

Moore told the El Paso Times last week that the email was a “think piece” and posted Weingarten’s statement to The 74 on the local’s Facebook page. The newspaper did not publish the email, elaborate on most of the specific proposals to cause problems for Cabrera, or apparently question Moore about whether some of his strategies could be harmful to district students and teachers.

In reaction to the story, Cabrera held a news conference Thursday where he released a copy of the email and responded to several of its points, starting with Moore’s suggestion that Cabrera will be rewarded for his stances with a new job from a local education advocacy, the Council on Regional Economic Expansion and Educational Development. The group, known as CREEED, had made startup grants to charter schools hoping to open in the region.

“Moore also suggests that my interactions with our current mayor Dee Margo and CREEED are some sort of payoff,” Cabrera said. “This statement is not only false but borders on slander. It also shows complete irreverence and contempt for the mayor of El Paso and the upstanding citizen volunteers of CREEED, who have just announced a $20 million donation to support education initiatives in El Paso.”

CREEED board member Dan Olivas also participated in the Sunday night TV interview, arguing that the fact that only 19 percent of area high school graduates are college-ready is justification enough for trying new strategies, including public charter schools.

“CREEED is not here to point fingers at the independent school districts,” he said. “We are pointing the finger at ourselves. We have not done well as a community.”

The debate, Olivas added, should be laser-focused on students’ needs: “We are allowing adults to make decisions that benefit adults.”

After Fort Bliss, the U.S. Army base that is headquartered in El Paso and encompasses 47,316 personnel members, the El Paso public schools are the county’s largest single employer, with 8,380 employees. The AFT is one of two unions representing El Paso teachers.

Some of the CREEED grant money is dedicated to providing scholarships for district teachers and to creating specialized training programs for the in-demand dual-language instruction at universities in New York and Houston.

“Moore’s actions to interfere with these relationships is unequivocally detrimental to the learning opportunities of EPISD students,” Cabrera said at his news conference. Video of his remarks is posted to the district’s Facebook page.

Cabrera also talked about a second document obtained by The 74 in which the union told candidates for an open school board seat that there would be a superintendent search in coming months and asked what qualities they’d look for in Cabrera’s replacement. In January, the board voted to extend the superintendent’s $348,000-a-year contract until 2022.

“The idea that I tried to sabotage the district is patently false,” Moore told the El Paso Times. “But if we don’t have to worry about a superintendent search for a few years, then we can focus on the issue of the privatization of EPISD schools.”

In his email, Moore also called on AFT’s state and national leaders to find and release harmful financial information about the charter network IDEA Public Schools, “with [the] goal of releasing unstable IDEA finances into bond market during roll-over windows.”

IDEA plans to open four schools on two campuses in El Paso in 2018, with a projected enrollment of 1,000 students.

IDEA founder and CEO Tom Torkelson told The 74 he’s not sure what Moore hoped to find because the nonprofit school network has an excellent bond rating. Researchers at Stanford’s CREDO school-improvement institute recently found that IDEA students receive the equivalent of an extra 80 days of math instruction and 74 in reading each year.

The charter network, whose students are 95 percent Hispanic, 85 percent low income and roughly 33 percent ELLs, has a 100 percent college acceptance rate among its graduating seniors.

“To try to sabotage the financial operations of an organization, if not illegal, then is at least dirty tricks,” Torkelson said last week.