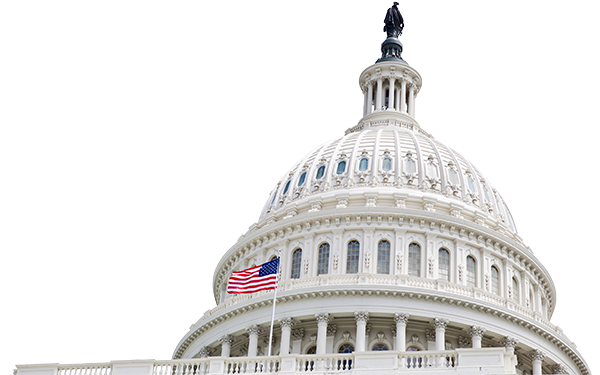 The U.S. education secretary recently downplayed the political odds at 50/50 but the reality of the nation’s top K-12 education law actually being rewritten eight years after it officially expired is suddenly looking much better.
On Friday came the surprise reports that a behind-the-scenes compromise on reauthorizing No Child Left Behind had been reached and Tuesday the House started moving forward on setting up the conference committee where negotiators from the House and Senate will meet to officially bless the deal.
The conference could gather later this week and send their final product back for approval by the full House and Senate after Thanksgiving. After endless false starts and 10 months of entrenched wrangling, the Elementary and Secondary Education Act, as it’s also known, has taken on a sense of urgency.
“This is a law that everyone wants fixed, and teachers, parents, and students are counting on us to succeed,” said the chairmen and ranking Democrats of the House and Senate committees in a statement Friday. “Because of the framework we’ve developed, we are optimistic that the members of the conference committee can reach agreement on a final bill that Congress will approve and the president will sign.”
No official word on the specifics has leaked out but early press reports indicate the bill contains a little something for nearly everyone. It collapses a number of programs and limits the authority of the education secretary (Republican priorities), while creating a new preschool program and requiring states to intervene in the lowest-performing schools — so-called dropout factories and schools with dire achievement gaps (Democratic must-haves.)
Reaction from key interest groups so far has been minimal and largely focused on the progress as opposed to nitty gritty of the bill. That war of words will likely come later after official details are unveiled.
The leaders of the National Education Association and the American Federation of Teachers, the nation’s two largest teachers unions, which have opposed much of NCLB’s focus on test-based accountability, said in statements that they welcome the news and will continue to work with Congress.
The conservative Heritage Action group, meanwhile, said the agreement appears to fall short of principles it laid out earlier this year —like allowing states to totally opt out of programs under the bill — and they will continue to monitor developments.
So how did we get here?
The authorization for No Child Left Behind officially lapsed in 2007, but as long as Congress continued funding Title I grants for low-income students and schools, Title II teacher training programs and the law’s other programs, its requirements lived on.
Several attempts at reauthorization stalled well short of the finish line, and the U.S. Education Department under Secretary Arne Duncan began issuing waivers to states. The waivers freed states from the law’s most onerous regulations — that all students be grade-level proficient in reading and math by 2014 — but, in exchange, required them to adopt administration-favored programs, like tying educator evaluations to test scores and adopting  “college- and career-ready” curriculum.
The full House and Senate education committees passed their own wildly different versions of a rewrite bill in 2013. The issue seemed to be dead, until the Republican takeover of the Senate in the 2014 midterms changed the calculus.
The Republican power shift  vaulted Lamar Alexander to the chairmanship of the Senate’s education committee. Alexander, himself a former education secretary, made reauthorization his top priority. In the House, Republican John Kline, in his final term chairing the Education and Workforce committee, also pushed the bill to center stage.
When the year started, though, it looked like no one would get along. Here’s an overview of how the stalemate finally thawed:
Work continued behind the scenes at the staff level this fall. The political climate for the bill changed dramatically with the resignations of Duncan and former House Speaker John Boehner, and the ensuing uncertainty among House Republicans. Boehner had strong ties to NCLB, having helped write the Bush-era law.
Democrats in the Senate, meanwhile, refused to rule out a filibuster if the final compromise didn’t include accountability protections.
But Friday’s announcement indicates an end is near. To be sure, there are still potential hurdles: House Republicans might have to rely on Democratic votes to get a final bill to passage, violating an unofficial rule in the caucus that leadership won’t bring up bills that don’t have the backing of the majority of the party.
In the Senate, a filibuster is always an option and perhaps a tempting one to presidential candidates, like senators Marco Rubio, Rand Paul and Ted Cruz, who would like to abolish the Education Department.
Submit a Letter to the Editor
November 17, 2015