Education Through the Pandemic: From Arizona Closing Classrooms Due to Staffing Shortages to Louisiana’s Showdown With Schools Over Quarantine Rules, 10 Ways States & Educators Are Coping With COVID-19 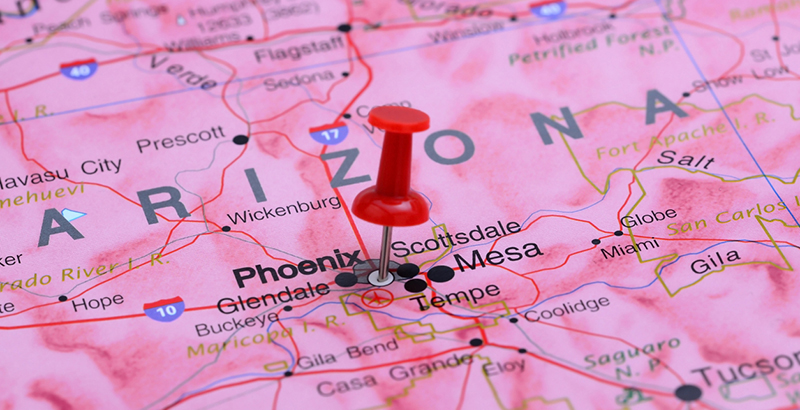 Last month, the National Center for Education Statistics announced the decision to postpone the administration of the biennial NAEP assessments in reading and mathematics, drawing the concern of prominent education officials who say the lack of national education data will hinder efforts by policymakers, district leaders, and advocates to navigate schools through crucial points in the pandemic and recovery.

The cancellation of 2021 NAEP assessments creates a "two-year data hole" on the extent of COVID-19's impact on learning, says @Dale_Chu on #AssessmentHQ. https://t.co/K0Ez7InYpi

Education Secretary Betsy DeVos said the 2021 NAEP assessments “would have shed light on the significant learning loss following the school closures last spring,” but that “much more valuable and actionable measures of learning loss will be the annual assessments required of states by the Every Student Succeeds Act.” The delay comes as district and state school officials are becoming more vocal about their struggles to measure student achievement, and as speculation continues to surround the topic of testing as the coronavirus surges and the nation awaits the transition of presidential administrations.

Here are 10 updates from across the country about how states and school systems are confronting the challenges posed by the coronavirus pandemic — and working to preserve student learning:

Arizona’s Scottsdale Unified closed five schools on Nov. 30 after learning that the district did not have enough teachers or substitutes available. With cases rising in the state, Superintendent Scott Menzel noted during the Nov. 23 governing board meeting that finding substitutes to staff high schools has been the district’s biggest problem this year. Additionally, the Arizona Interscholastic Association Executive Board has voted to postpone winter high school sports until January.

#BREAKING The Scottsdale Unified School District will close five middle and high schools on Monday due to lack of staffing, according to a letter Superintendent Scott Menzel sent to families on Sunday.https://t.co/rJCCmKs1Te

MASSACHUSETTS (AND BEYOND) — Public School Enrollment Plummets Amid Coronavirus

From Boston to Missoula, school districts of all sizes and settings are facing steep declines in student enrollment, reports the Boston Globe, particularly at the kindergarten and elementary levels. In New Mexico, state agencies and local school leaders are coordinating efforts to find 12,000 missing students who did not appear when online classes began months ago. In California, nearly 1 in 5 students is considered chronically absent so far this school year, adding to the thousands of students that officials estimate were not enrolled when school began. Officials for Washington County Public Schools in Maryland announced their lowest enrollment in eleven years, noting that hundreds of families opted to homeschool their children this year or, as was the case for many parents of kindergarten-aged children, chose to push their child’s first year of public school back, hoping the pandemic would abate by the 2021-22 school year. In many of these districts, school funding formulas are based on the previous year’s enrollment data, leaving local school leaders braced for sharp constrictions of their budgets, even if most students return to classes next year.

In #Indiana, Operation Education will use some of the Governor’s Emergency Education relief grant to equip all 205 of South Bend’s district buses with WiFi by the end of this year, far ahead of the goal they set in January. Read more: https://t.co/xzpHCLSdV7

Officials have announced that Chicago Public Schools will reopen on Jan. 11 for children with disabilities and pre-kindergarten students. The district’s statement acknowledged that the youngest students and highest-need learners were not receiving the same quality of instruction virtually as they would in physical classrooms and the district additionally planned to bring kindergarten through eighth grade students back to school by Feb. 1. In response, Jesse Sharkey, President of the Chicago Teachers Union, pointed to surging coronavirus numbers and stated, “Just unilaterally picking an arbitrary date in the future and hoping everything works out is a recipe for disaster.” School officials countered that efforts to mitigate the spread were successful in other states.

Virtual learning has highlighted the depth of the digital divide as well as increased the necessity of closing it as quickly as possible. According to state lawmakers, thousands of families live in areas considered “digitally disadvantaged,” which has impacted students’ abilities to attend virtual classes. Andrew Coy, the executive director of the Digital Harbor Foundation, calls for increasing the minimum delivery speeds that the FCC says internet service providers must offer. Multiple Maryland lawmakers are planning to introduce proposals in the upcoming legislative session aimed at expanding the authority of the Office of Rural Broadband, more clearly defining and funding technology resources for teachers and students, and capturing better data about the availability and use of internet and technology throughout the state.

Due to an increase in local coronavirus cases and significant staffing challenges, Metro Nashville Public Schools Director Adrienne Battle announced the week of Thanksgiving that all students will attend classes virtually for the remainder of the semester. The district will consistently review local conditions to determine when it is safe to reopen school buildings to students, she said.

All @MetroSchools students are back to virtual learning while schools remain closed after the Thanksgiving break.

Here's what you need to know from The @Tennessean ⬇️https://t.co/xtkGioyDmL

Gov. Steve Bullock announced that Montana schools will receive nearly $13 million in additional coronavirus relief funds and called for Congress to pass additional school financing relief for 2021, saying that current aid will help schools finish this school year, but that most will enter next year “empty-handed.” Over 180 schools were approved for additional funding after receiving $75 million in July. The federal coronavirus relief funds must be spent prior to the end of December.

Fairfax County Public Schools in Virginia, one of the largest school districts in the country, released an internal analysis that shows that the percentage of students failing classes has dramatically increased this school year. The district, which has been mostly online since March, has seen the number of middle and high school students earning an F in at least two classes rise by 83%. District officials said the trend is in line with growing evidence from across the country that online learning is negatively impacting student achievement.

Several Louisiana public school systems are requesting that state coronavirus quarantine rules, which have sent thousands of students home from school home, be relaxed. These rules state anyone who is in “close contact,” defined as being within six feet of a person who has tested positive for at least 15 minutes, or those who present with COVID-19 symptoms, must stay home for 14 days. The Louisiana Department of Health declined however, due to the state’s alarming third surge in cases and hospitals warnings that their facilities could be overwhelmed.

A pilot project in North Dakota is providing free rapid Covid-19 testing to teachers, staff, and school administrators in an effort to quickly identify and isolate people who may not yet be showing symptoms. Amid a dramatic spike in cases the past two weeks, State Superintendent Kirsten Baesler is hopeful that the rapid tests will help keep in-person learning safe. Grand Forks School District is also taking an extra step and shifting to online-learning between the Thanksgiving and Christmas holiday breaks to mitigate the spread of the virus.