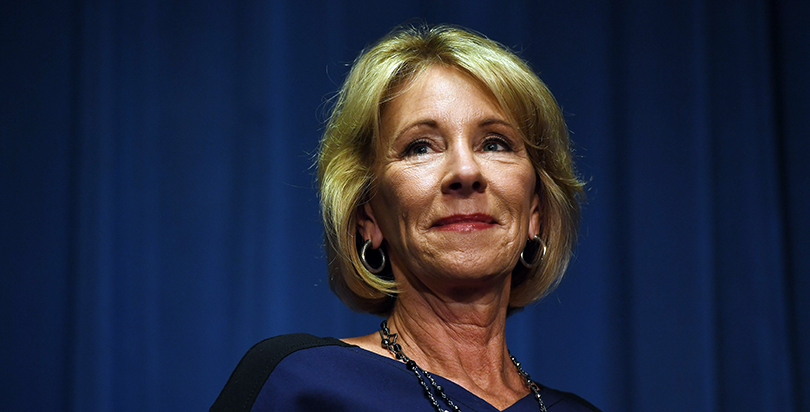 Breaking news today out of the Education Department. From Betsy DeVos’s press release:
U.S. Secretary of Education Betsy DeVos today announced the hiring of Liz Hill as the Education Department’s press secretary.
Prior to joining the Department, Hill served as communications director for U.S. Rep. Jeb Hensarling (R–TX), chairman of the House Financial Services Committee, between 2016–2017, and as communications director to U.S. Rep. Luke Messer (R–IN), chairman of the House Republican Policy Committee, between 2013–2016.
A former television news reporter and morning news anchor from 2005–2013, Hill has a B.A. in communications from Brigham Young University and a master’s in strategic public relations from The George Washington University.
The news follows the announcement two weeks ago of nine new hires joining the department. Kate Stringer has a full breakdown of their résumés.